Congratulations to Phantasiah Hall the 2014 winner of Rock the Runway. Phantashia will receive an all-expense paid trip to New York City to tour the fashion scene and be mentored by Kent State’s own, Suede.

Congratulations also go to Susy Mei and Via Stacey for winning this year's Audience Choice Award and a $500 Mood Fabric gift card.

Suede is a New York-based fashion designer, crafter, and personality.

Since appearing on Bravo’s final season of the Emmy-Award-Winning Project Runway Season 5, Suede has been thrust into the limelight and has quickly become a household name. With his dynamic personality, brightly colored hair, characteristic of speaking in the third person, and eye-catching style, he has attracted a major and growing following.

Since Project Runway, Suede has launched the SUEDEsays™ brand, targeting the young adult and youth consumer, under which he has already launched a number of products in the fashion and crafting markets.  The SUEDEsays™ brand is available worldwide and in over 4,000 stores in the United States.

Suede returned to television as a cast member of Lifetime’s, Project Runway All*Stars 2, and most recently launched his exclusive line of Special Occasion Fabrics & Prints nationwide with Jo-Ann Fabric & Craft Stores and Ready-to-Wear Fabrics with Walmart Stores.  New products are slotted for world wide distribution in 2014.

Giving back is part of Suede’s ethos. He has a lifetime endowment in place at his alma mater, Kent State University.

In the early part of his career Suede launched some notable third-party brands, including: FUBU Ladies, Rocawear Girls, Jordache Vintage, Polo Jeans Company, and a special line for Paris Hilton.

To stay current on all things SUEDE visit www.SUEDEsays.com. 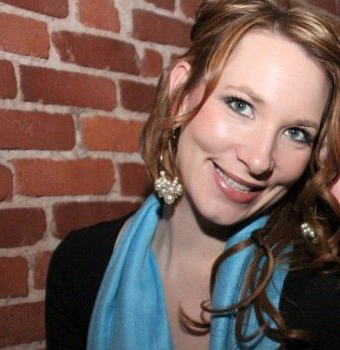 For more than 5 years Anne Siegel has been the Special Events Manager for the Rock and Roll Hall of Fame and Museum, where she oversees more than 300 events annually. Anne graduated from Mercyhurst College – where she produced her first ever Runway Fashion Show – with a degree focused on event management and a background in fashion merchandising.

After graduation, Anne worked as a talent buyer, agent and event producer in the entertainment industry. Over the course of her career, Anne has managed events with such media entities as NBC, The Food Network and Disney, and coordinated celebrity appearances with Martha Stewart, Steven Tyler of Aerosmith, Rev Run of Run-DMC and Betty White. When not planning events, Anne can be found teaching Latin, hip hop and belly dancing classes at Fairport Dance Academy.

Emma Day is a native to London, UK and the owner of Carnaby Street Style, a European inspired fashion boutique in Kent, OH. Born in England, Emma has always had a love for everything English – especially British fashion.

When she was ten, Emma and her family moved to Hudson, Ohio. She graduated from Hudson City Schools and attended Bowling Green State University, studying business. During college, Emma gained an array of experiences working in various retail stores.

In 2010, Emma graduated from BGSU with a B.S. in Business Administration, specializing in Marketing. Upon graduation, she returned to the northeast Ohio area and began managing a local retail store. This further fueled her passion and dream to open her own boutique.

The business plan for Carnaby Street Style was developed while Emma was in college during an entrepreneurship course. The plan combined her passion for British fashion, retail experience and Emma’s desire to start her own business. All that was left was a location. This was solidified when she took note of the Kent redevelopment project while visiting her brother who was attending Kent State University. Carnaby Street Style opened in 2012 aspiring to create the atmosphere of a European-style boutique at an affordable price.

Emma currently resides in Stow with her fiancé, cat and dog.

“I am lucky enough to get to travel back to England to see the latest fashion, styles and inspirations and, during my most recent trip I got engaged- giving me just another reason to love the City of London.”

“I truly believe that the way we present ourselves correlates to our confidence level. If I can help someone find an outfit or accessory that makes them look their best, then I feel that, in return, they will feel their best. Fashion is a way that each person can express their own unique personality. The way I wear an outfit might be completely different to the way someone else would wear it. I enjoy seeing each person’s unique take on the season fashions and making it their own style.”