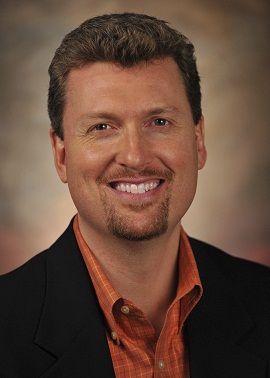 The School of Journalism and Mass Communication (JMC) at Kent State University has hired Thor Wasbotten as its new director. Wasbotten will join the university July 1 to replace Jeff Fruit, who steps down after 10 years as the school's leader to teach full time.

Wasbotten most recently served as the assistant dean for student media and online operations at The Pennsylvania State University, where he also was a senior lecturer of journalism.

"Mr. Wasbotten comes to Kent State University with strong leadership experience in several important arenas: television, student media, academics and accreditation," said Stanley T. Wearden, Ph.D., dean of the College of Communication and Information at Kent State. "He is highly regarded both in the media industry and in the academic community. He is a skilled communicator and a visionary with regard to both media technology and curriculum. We are confident he will be a great asset to the College of Communication and Information leadership team."

A notable leader in electronic news, Wasbotten is a member of the Radio Television Digital News Association, the Association for Education in Journalism and Communication and the Broadcast Education Association. He has served as a site visit team member for the Accrediting Council on Education in Journalism and Mass Communication since 2001, as an editorial board member for Electronic News: A Journal of Applied Research and Ideas since 2003 and as an advisory board member for PSNtv at Penn State since 2004. He was the director for The Pennsylvania State University Institute for High School Broadcast Journalists (2006-2008); a host for the Hearst Visitor Program at Penn State (2008); and a moderator or panelist at numerous conferences and workshops (2004-present). He was the chairperson of the Fox News Advisory Committee (1999-2000) and the Northwest/Mountain Region representative (1999-2001).

"I look forward to working with a tremendous faculty with strong academic and professional credentials," Wasbotten said. "I'm eager to work in a building which serves as a national model for effective infrastructure and educational support, and I'm excited to serve the energized and engaged JMC students who believe in Kent State and their education."

In its 75th year, the School of Journalism and Mass Communication at Kent State is a leading accredited journalism school with cutting-edge curriculum and facilities. The school's mission is focused on understanding the media marketplace and media-related careers while providing professional undergraduate and master's programs within the liberal arts tradition. JMC teaches its students to gather information, to present it clearly and to think critically within a legal and ethical framework. It serves as a resource for professional practitioners, for media consumers and for Kent State. For more information, visit jmc.kent.edu.