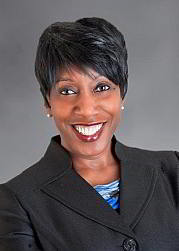 Through her 31 years serving as a “trailblazer” for diversity issues, Brown has led strategic diversity planning for the university as well as ensuring successful implementation of related policies, programs and projects. She joined Kent State as the university’s first vice president for diversity, equity and inclusion in 2009.

Under her leadership, the Division of Diversity, Equity and Inclusion has emerged as a preeminent change agent, developing integral initiatives that champion diversity, equity and inclusion.

Going forward, the Diversity Trailblazer Award will be named in honor of Brown for her groundbreaking work at Kent State.

Kent State University’s Director of Public Safety and Police Chief Dean Tondiglia was honored with the university’s 2019 Diversity Trailblazer Award for his years of promoting inclusion and diversity within public safety. 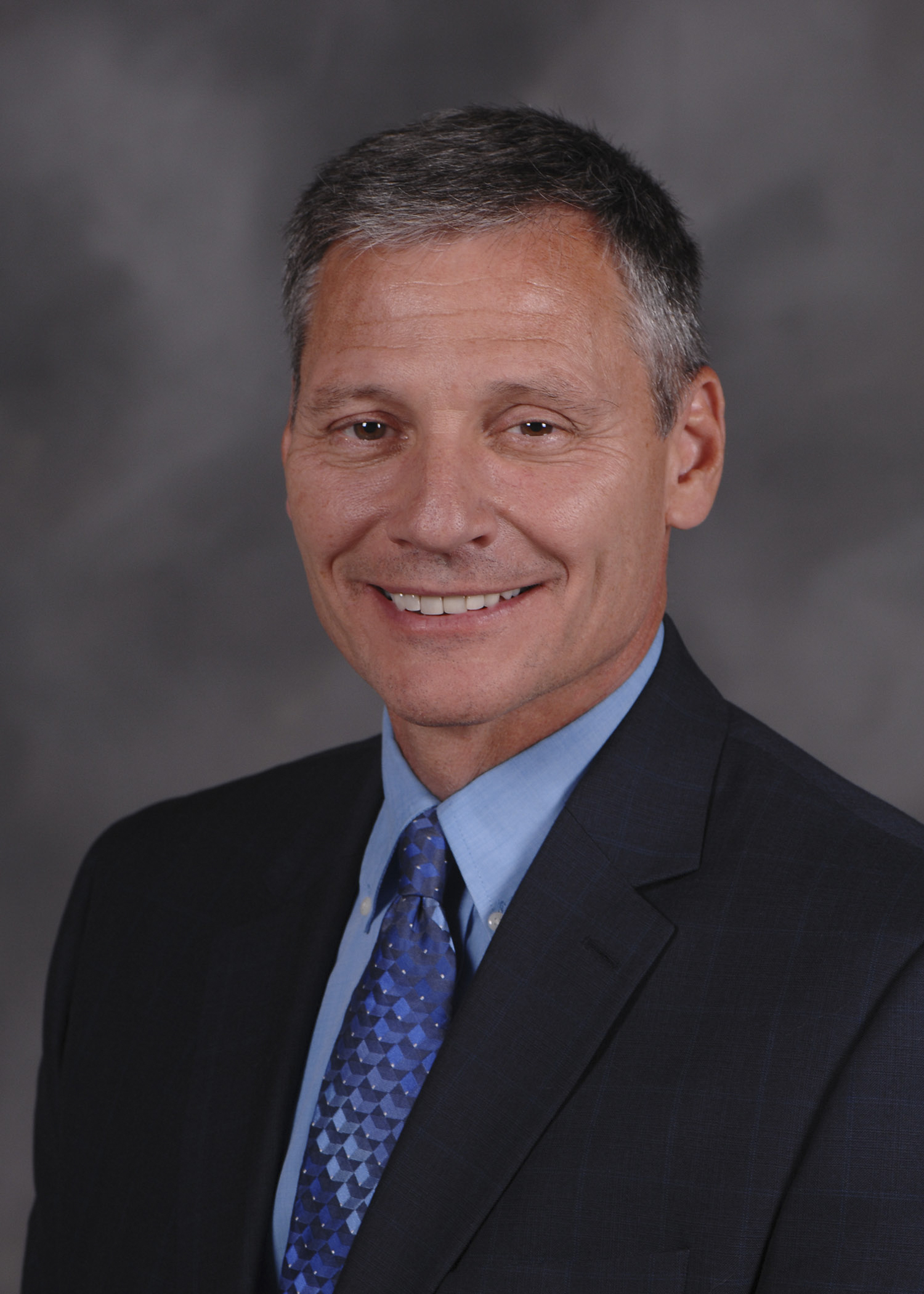 Chief Tondiglia was nominated for the award by Mark Polatajko, senior vice president for finance and administration, who praised the chief for promoting diversity and inclusion “by word and deed.” Chief Tondiglia was an early advocate for the adoption of the Sexual Assault Response Team and the development of the Sexual and Relationship Violence Support Services office. “He enhanced Title IX training with a focus on student and administrator responsibilities,” Senior Vice President Polatajko said.

Chief Tondiglia said he was humbled and flattered by the award.“My approach has always been to make sure that everybody feels they are welcome at Kent State and that they have a voice and someone they can talk to and turn to in times of need,” he said. The police chief said his entire department shares in the award. “I’ve got a fantastic staff,” he said. “They go out and engage with the public. They don’t even need much direction from me. They know it is one of the department priorities, and they embrace it.” Chief Tondiglia said his staffers have created a great environment across campus by their willingness to engage and be involved in all areas of the community. “I am very appreciative,” he said. “There are so many people here who make it possible for my charge to be realized.” The award was presented Jan. 23 as part of the university’s annual Martin Luther King Jr. Celebration, along with two other university diversity awards.

Kent State recognized Dr. Wilson’s efforts by presenting her with the Diversity Trailblazer Award at the university’s annual Martin Luther King Jr. Celebration on Jan. 25. Kent State’s Division of Diversity, Equity and Inclusion awards the annual Diversity Trailblazer Award to individuals for their contributions toward diversity in the university community. Kent State’s College of Communication and Information also was presented with the Unity Award for Diversity, which recognizes Kent State departments that are committed to implementing diversity and inclusion initiatives. 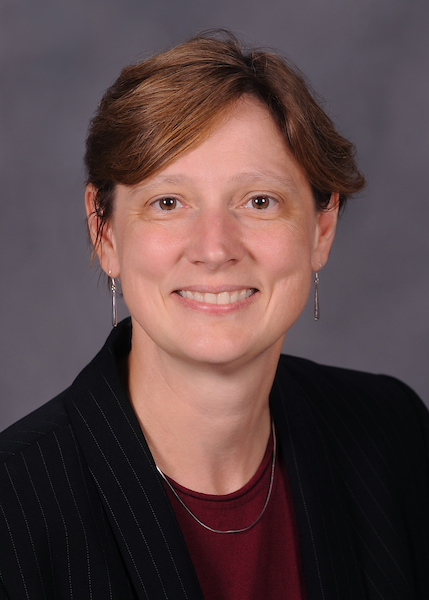 “Dr. Wilson was selected for the 2018 Diversity Trailblazer Award because of her extensive record of progressive change in the areas of inclusive excellence and diversity,” said Carmen Roberts, interim chair of Kent State’s Diversity Awards Committee.

Dr. Wilson successfully spearheaded the University Climate Study and is leading efforts to implement the results toward a more inclusive campus. This includes conducting additional analysis of the climate study data and preparing climate study reports specific to each college and division.

“I am honored to be the recipient of this award,” Dr. Wilson said. “I know how much diversity means to me, particularly the ways that my life has been enhanced by the diverse community of Kent State. What makes it even more special is I consider this to be an award that is shared with the almost 9,000 students, staff and faculty who took the time to complete the

Suzy D’Enbeau, assistant professor in the School of Communication Studies, has been awarded the university’s 2017 Diversity Trailblazer Award 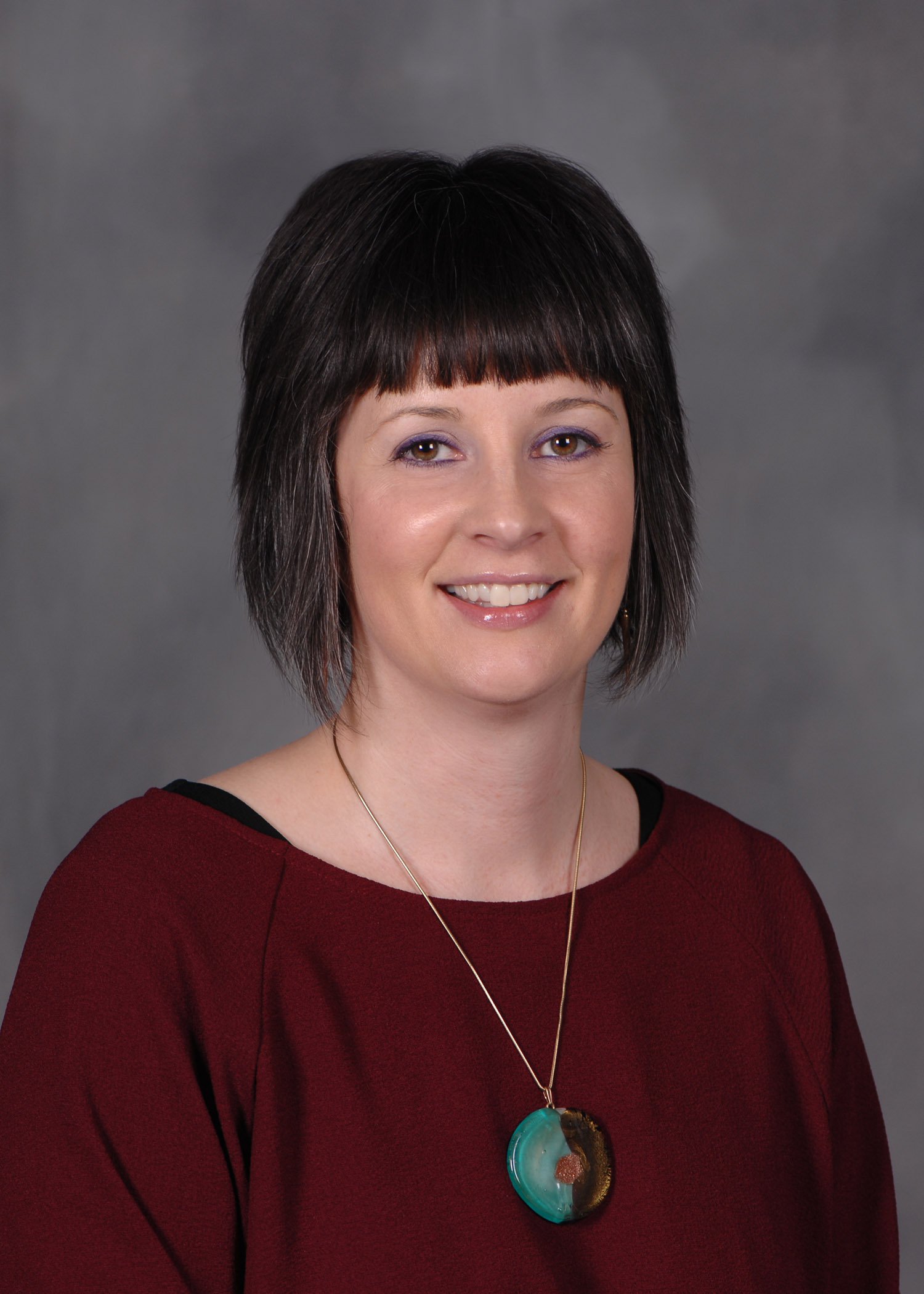 D’Enbeau said she promotes diversity and inclusion in every aspect of her life: as a researcher, instructor and volunteer. She also said she feels a responsibility to help her students develop an appreciation for the different experiences of those around them.

“This university makes doing the work of diversity very easy,” D’Enbeau said. “I share the same values as the Division of Diversity, Equity and Inclusion. I’m obviously very excited, and I think I do a lot. But I’m really just tapping into an infrastructure that’s already in place. The resources are already here. I just figure out ways to align what I do in my classroom and in my research with that.

“Now more than ever, it is a time that we take these issues seriously,” she continued. “I feel like we are obligated as an institution of higher education. We are cultivating the next generation of global citizens.”

Molly Merryman, Director of LGBTQ and Women's Studies, has been awarded the university’s 2016 Diversity Trailblazer Award. 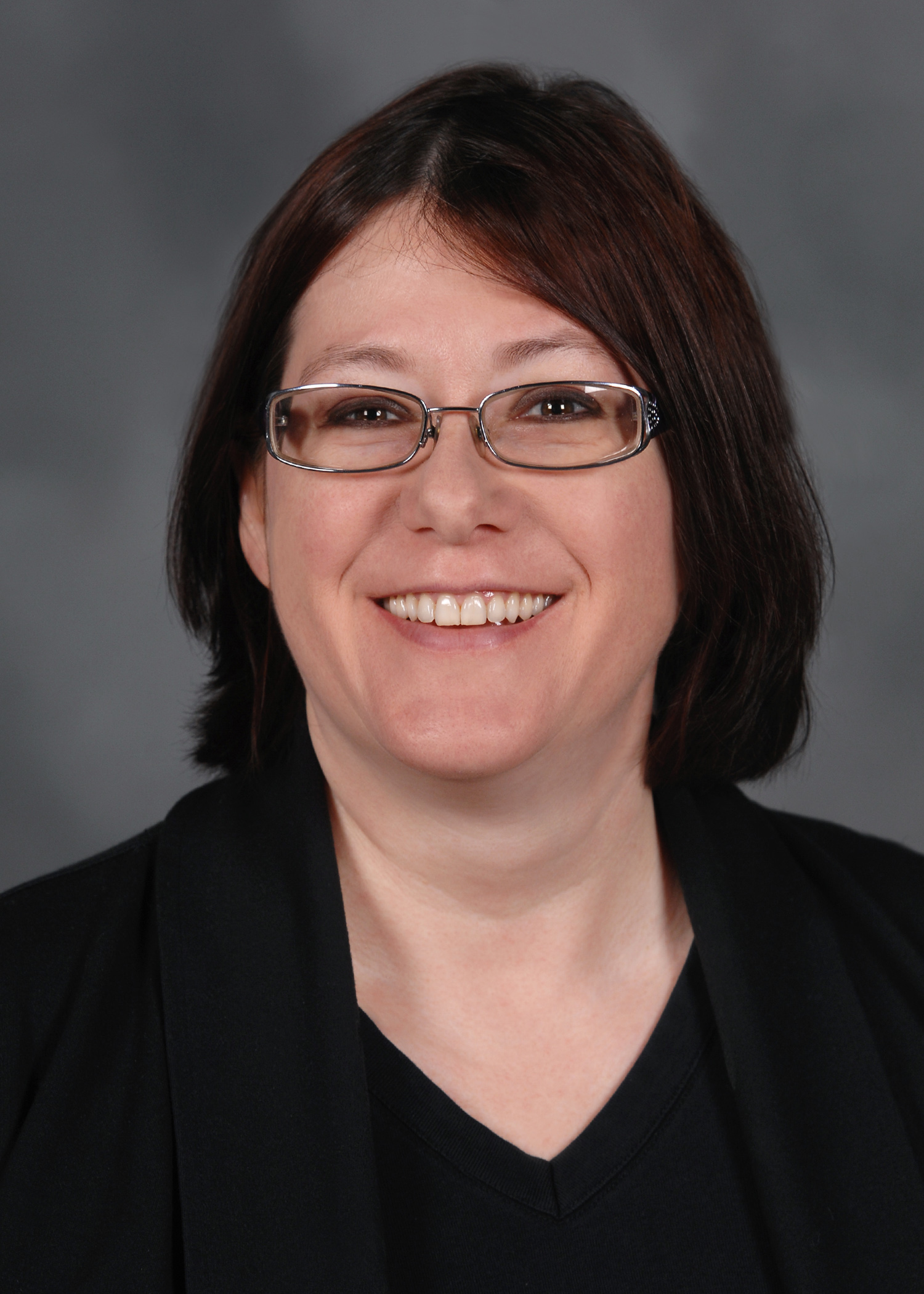 Merryman, who has a Ph.D. in American culture studies from Bowling Green State University, joined Kent State in 1996. She was one of the faculty members who created the Lesbian, Gay, Bisexual and Transgender (LGBT) Studies program in 2001, which was the first of its kind in Ohio. She is currently leading efforts to establish Kent State’s new Center for the Study of Gender and Sexuality, and also serves as director of LGBTQ and Women's Studies at the university. She is an ethnographic filmmaker who has directed five documentaries on subjects related to race, gender and sexual orientation equality and justice, which have been broadcast on regional PBS, and screened at international film festivals and conferences.

“I feel both honored and humbled to receive the Kent State University Diversity Trailblazer Award,” Merryman said. “I’m humbled because I am fortunate to have the education and opportunity to be a faculty member at Kent State, and honored because, as a person committed to diversity and social change, I believe that the Diversity Trailblazer Award is the greatest recognition I can receive from our university. It is a profound experience to realize that my perseverance and activism are recognized so positively.” 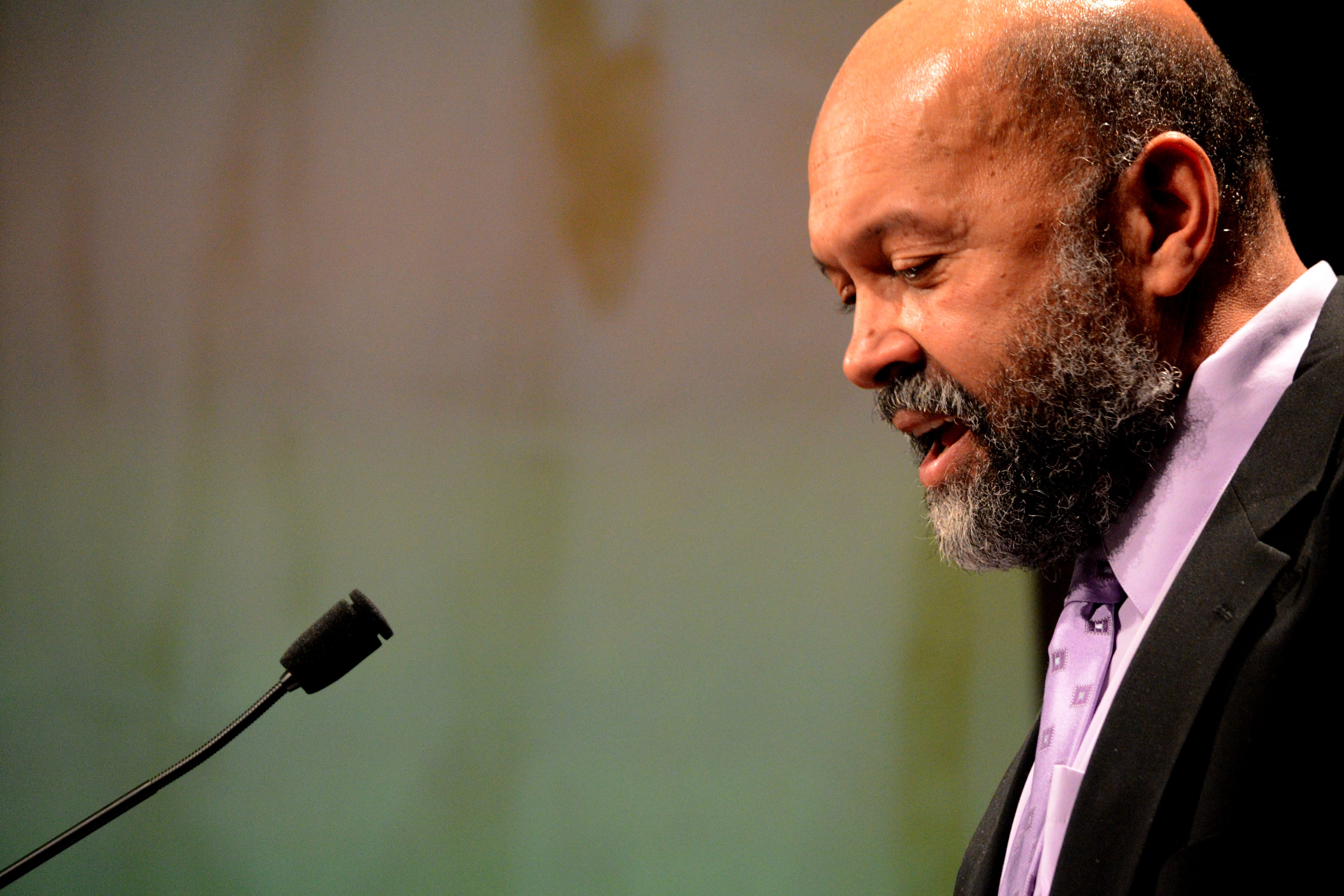 E. Timothy (Tim) Moore, assistant dean emeritus in Kent State University’s College of Arts and Sciences and associate professor emeritus in the Department of Pan-African Studies, has been awarded the university’s 2015 Diversity Trailblazer Award. The annual Diversity Trailblazer Award recognizes diversity pioneers associated with Kent State. Accorded to those individuals who have displayed exemplary contributions to the area of diversity in the university, the award is presented during the university’s annual Martin Luther King Jr. Celebration, which took place this year on Thursday, Jan. 22, in the Kent Student Center Ballroom to a capacity crowd.

Moore has been a trailblazer in diversity issues for all of the nearly 40 years of his administrative and academic service to Kent State. He served as assistant and then associate dean of undergraduate affairs in the College of Arts and Sciences for 12 years. In that capacity, Moore worked with all students, but he had a passion for advising at-risk students. He was the go-to person for students on campus, even those not enrolled in the College of Arts and Sciences. He was a co-facilitator of Brother to Brother, a retention program for male students of color. In recognition of his day-to-day support of and programming for underrepresented students, he was selected as the first recipient of the E. Timothy Moore Outstanding Faculty-Staff Award, which was named in his honor. 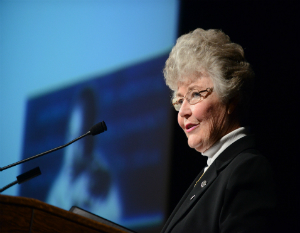 Considered the matriarch of Kent State University Athletics, Devine retired from her post as senior associate athletic director in 2000 following 31 years in a variety of roles within the department. Devine was nominated by Talea Drummer, assistant athletic director at Kent State. In her letter of nomination, Drummer wrote that Devine has "truly blazed a trail for gender equity for student-athletes, coaches and administrators" and "worked hard to make sure that women who participated in athletics were treated fairly." Drummer mentioned in 2010 that Devine, along with other members of the Department of Intercollegiate Athletics, held a lettering ceremony during Homecoming weekend to honor all of the pre-Title IX female athletes by giving them the varsity letter that was long-deserved. "If it were not for strong and determined women such as her, women (such as myself) would not be allotted the opportunities we have now," Drummer wrote. 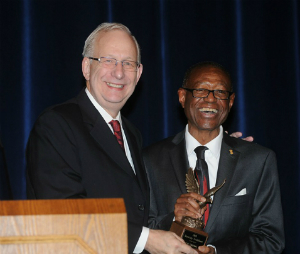 The award was presented to Shelton on Nov. 14 prior to the Kent State Presidential Speaker Series event with Pulitzer Prize-winning journalists Nicholas Kristof and Sheryl WuDunn.

"There were several strong nominations for the 2013 Diversity Trailblazers Award, but out of them all, Gene Shelton's rose to the top," said Alfreda Brown, vice president for diversity, equity and inclusion at Kent State. "Gene Shelton is known as a champion of inclusive diversity and a strong advocate for diversity issues in faculty deliberations. His quiet, passionate but firm way of encouraging openness and helping others understand the challenges of diversity has had a lasting impact upon his colleagues." 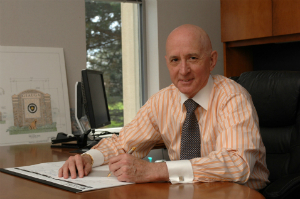 The Division of DEI presented its 2012 Diversity Trailblazer award to Dean David Mohan of Kent State's Geauga Campus for his enthusiastic and effective leadership on diversity and inclusion in recruitment, academics and other Campus initiatives.

In accepting the award, Mohan thanked the faculty, staff and students at the Geauga Campus and the Kent State University Twinsburg Academic Center. "This award reaffirms my belief that initiatives such as increasing diversity throughout an organization can best be accomplished by a team of dedicated individuals who believe and practice the tenants of an open and supportive culture of differing points of view and personal perspectives," Mohan said.

Mohan cited the successful diversity initiative that supports junior and senior high students in and around Cleveland's inner city, to help them value the importance of a university education. Those efforts focus primarily in the minority church congregations in several socioeconomically disadvantaged areas.

During Mohan's tenure, Geauga Campus minority enrollment has increased from 2 percent to between 12 and 15 percent, while retention for all students also increased. The full-time faculty at the Geauga Campus is 79 percent women and minorities. 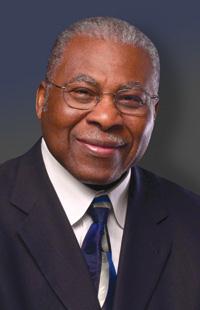 Rev. Ronald J. Fowler, longtime area religious, civic and educational leader, has been presented the Kent State University Diversity Trailblazer Award for 2011 for his lifetime contributions in advancing diversity at Kent State and throughout Northeast Ohio.

A distinguished Kent State alumnus, Fowler is a member of the inaugural Hall of Fame of the College of Education, Health and Human Services, and a consultant to the university on diversity recruitment and retention. He also works with Akron and Cleveland public schools on behalf of the university.

Fowler also chaired the influential Commission on Inclusion, a broad-based panel whose 15 recommendations laid the groundwork for Kent State's push to "Inclusive Excellence" – now a core university value of maintaining a welcoming and nurturing learning environment for students, faculty and staff.

"The Trailblazer Award recognizes pioneers for diversity, those who bring proven sustainability and progressive change to our community," says Dr. Alfreda Brown, vice president for Diversity, Equity and Inclusion. "That description could have been written with Rev. Ron Fowler in mind. His life has been one of tireless service and significant contributions to diversity and community engagement."

Fowler is well-known in the region for his long tenure as senior pastor of Akron's Arlington Church of God, as a board member of Akron Public Schools and as a leader in other civic and business boards and organizations. 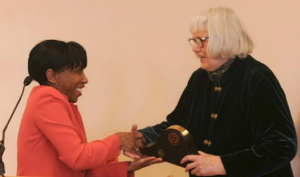 A national pioneer in gay and lesbian issues, Noll was an early contributor to Kent State's own history of supporting Lesbian, Gay, Bisexual and Transgender studies. That history goes back to 1972, when Noll became the first professor to teach a gay and lesbian issues course at Kent State. Noll also was a founding adviser to the Kent Gay Liberation Front, now called PRIDE! Kent, one of the oldest gay rights student organizations in the country.