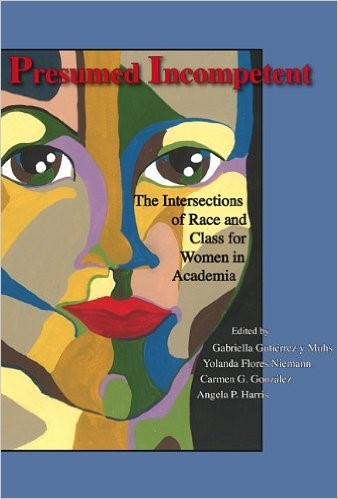 Summary
Presumed Incompetent is a path breaking account of the intersecting roles of race, gender, and class in the working lives of Women Faculty of Color. Through personal narratives and qualitative empirical studies, more than 40 authors expose the daunting challenges faced by academic Women of Color as they navigate the often hostile terrain of higher education, including hiring, promotion, tenure, and relations with students, colleagues, and administrators. The narratives are filled with wit, wisdom, and concrete recommendations, and provide a window into the struggles of professional women in a racially stratified but increasingly multicultural America. 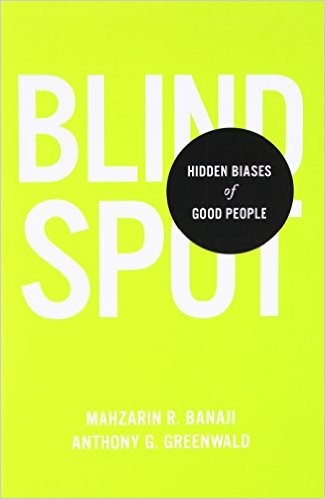 Summary
I know my own mind.
I am able to assess others in a fair and accurate way.

These self-perceptions are challenged by leading psychologists Mahzarin R. Banaji and Anthony G. Greenwald as they explore the hidden biases we all carry from a lifetime of exposure to cultural attitudes about age, gender, race, ethnicity, religion, social class, sexuality, disability status and nationality.

“Blindspot” is the authors’ metaphor for the portion of the mind that houses hidden biases. Writing with simplicity and verve, Banaji and Greenwald question the extent to which our perceptions of social groups — without our awareness or conscious control — shape our likes and dislikes and our judgments about people’s character, abilities, and potential.

In Blindspot, the authors reveal hidden biases based on their experience with the Implicit Association Test, a method that has revolutionized the way scientists learn about the human mind and that gives us a glimpse into what lies within the metaphoric blind spot.

The title’s “good people” are those of us who strive to align our behavior with our intentions. The aim of Blindspot is to explain the science in plain enough language to help well-intentioned people achieve that alignment. By gaining awareness, we can adapt beliefs and behavior and “outsmart the machine” in our heads so we can be fairer to those around us. Venturing into this book is an invitation to understand our own minds.

Brilliant, authoritative, and utterly accessible, Blindspot is a book that will challenge and change readers for years to come. 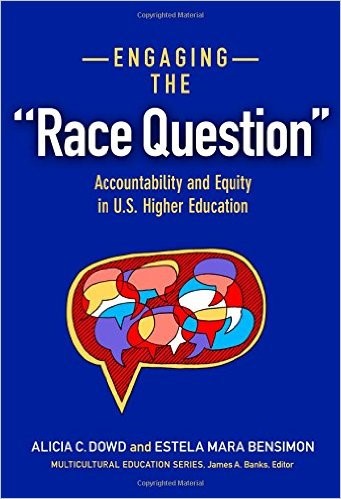 Summary
This book is for anyone who is challenged or troubled by the substantial disparities in college participation, persistence, and completion among racial and ethnic groups in the United States. As co-directors of the Center for Urban Education (CUE) at the University of Southern California, co-authors Alicia Dowd and Estela Bensimon draw on their experience conducting CUE's Equity Scorecard, a comprehensive action research process which has been implemented at over 40 colleges and universities in the United States. They demonstrate what educators need to know and do to take an active role in racial equity work on their own campuses. Through case studies of college faculty, administrators, and student affairs professionals engaged in inquiry using the Equity Scorecard, the book clarifies the ''muddled conversation'' colleges and universities are having about equity. Synthesizing equity standards based on three theories of justice--justice as fairness, justice as care, and justice as transformation--the authors provide strategies for enacting equity in practice on college campuses. Engaging the ''Race Question'' illustrates how practitioner inquiry can be used to address the ''race question'' with wisdom and calls on college leaders and educators to change the policies and practices that perpetuate institutional and structural racism--and provides a blueprint for doing so. 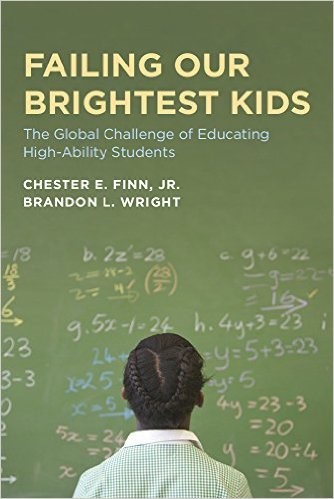 Summary
In this provocative volume, Chester E. Finn, Jr., and Brandon L. Wright argue that, for decades, the United States has done too little to focus on educating students to achieve at high levels. The authors identify two core problems: First, compared to other countries, the United States does not produce enough high achievers. Second, students from disadvantaged backgrounds are severely underrepresented among those high achievers. The authors describe educating students to high levels of achievement as an issue of both equity and human capital: talented students deserve appropriate resources and attention, and the nation needs to develop these students’ abilities to remain competitive in the international arena.

The authors embark on a study of twelve countries and regions to address these issues, exploring the structures and practices that enable some countries to produce a higher proportion of high-achieving students than the United States and to more equitably represent disadvantaged students among their top scorers. Based on this research, the authors present a series of ambitious but pragmatic points that they believe should inform US policy in this area.

This candid and engaging book takes a topic that is largely discussed behind closed doors and puts it squarely on the table for public debate. 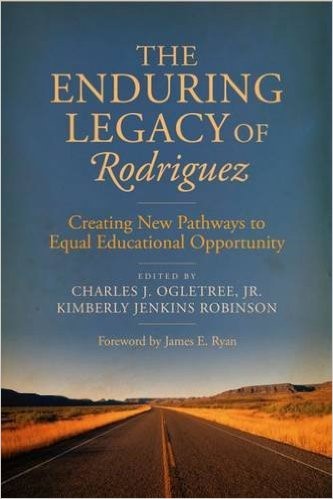 Summary
In this ambitious volume, leading legal and educational scholars examine San Antonio Independent School District v. Rodriguez (1973), the landmark US Supreme Court decision that held that the Constitution does not guarantee equality of educational opportunity. Charles J. Ogletree, Jr., and Kimberly Jenkins Robinson have brought together a host of experts in their field to examine the road that led up to the Rodriguez decision, assess the successes and failures of the reforms that followed in its wake, and lay out an array of creative strategies for addressing the ongoing inequality of resources and socioeconomic segregation that perpetuate the inequity of opportunity in education.

Successive waves of school reform efforts have failed to counteract the pernicious effects of inequality on student learning and achievement. The widely perceived exhaustion of these conventional approaches has led to a renewed interest in the Rodriguez decision and its impact on efforts to improve educational opportunity and outcomes for all students. A timely volume, The Enduring Legacy of Rodriguez makes a comprehensive statement that will inform research and reform for the next generation of scholars, educators, lawyers, and policy makers.

Summary
The authors performed a field experiment to measure racial discrimination in the labor market. They responded with fictitious resumes to help-wanted ads in Boston and Chicago newspapers. To manipulate perception of race, each resume is assigned either a very African American sounding name or a very White sounding name. The results show significant discrimination against African-American names: White names receive 50 percent more callbacks for interviews. They also found that race affects the benefits of a better resume. For White names, a higher quality resume elicits 30 percent more callbacks whereas for African Americans, it elicits a far smaller increase. Applicants living in better neighborhoods receive more callbacks but, interestingly, this effect does not differ by race. The amount of discrimination is uniform across occupations and industries. Federal contractors and employers who list Equal Opportunity Employer' in their ad discriminate as much as other employers. They found little evidence that their results are driven by employers inferring something other than race, such as social class, from the names. These results suggest that racial discrimination is still a prominent feature of the labor market.