Skip to main content
Live Chat
Pratim Datta, College of Business Administration, shot this photo in Paris. He says, “On a day full of summer thunderstorms, the rain stopped and the clouds parted their doors to let in the sun, glistening on one of the Golden Nymphs of Demeter and Nimos.

From Michigan to Florida, Paris to Rome and more, Kent State University employees captured memories of some of the most interesting places, people and things from their local and international trips. e-Inside is sharing some of their photos in this final feature for 2018.

Please note that photo submissions are no longer being accepted. 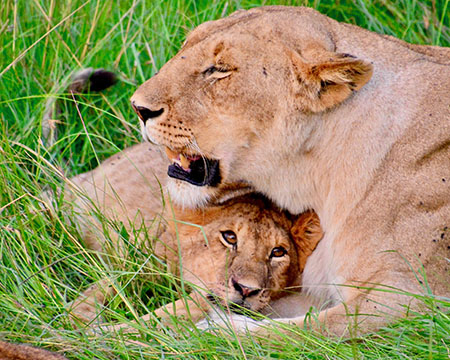 Pratim Datta, Ph.D., College of Business Administration, shot
this photo in Masai Mara, Kenya. He says, "A lion pride had just
made a kill in the African savannah and the feeding was frenzied.
Unable to secure a bite after some trying, the lion cub returned to
the mom and rested, knowing that she would provide for him. I
thought that the picture was moving and poignant." 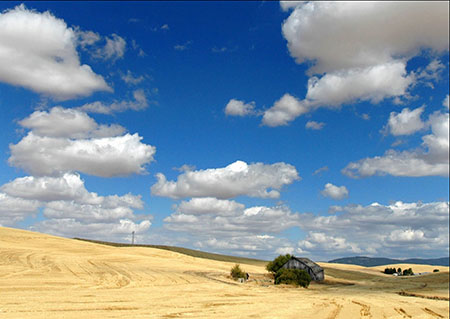 The Palouse shot, submitted by Pratim Datta, was taken in the
high desert of Washington State. Dr. Datta says, “Once hard and
arid, the volcanic ashes from Mt. St Helens' eruption changed the
landscape and made it fecund. As I was driving on a day smitten
with scattered clouds, the lone barn standing in the middle of the
Palouse with floating clouds like cotton-balls looked like a playful
solitude.” 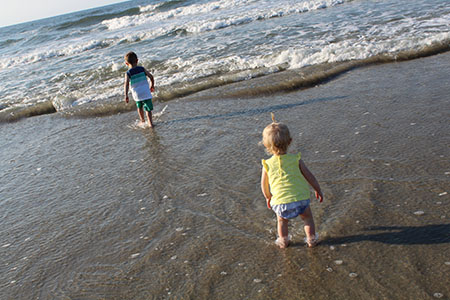 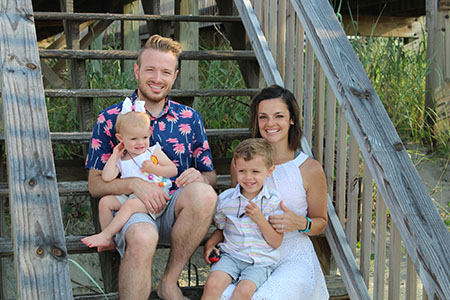 Chris and Sierra Baker pose for a photo with their kids during a
family vacation at Ocean Isle Beach, North Carolina. 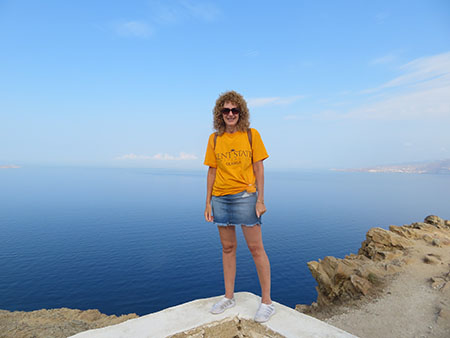 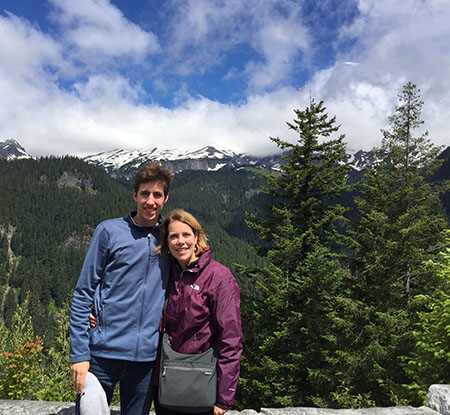 Kathleen Norman, marketing, communication and public
relations director for the College of Nursing, took what she
describes as a “trip of a lifetime” this summer to Mt. Rainier
National Park with her oldest son. 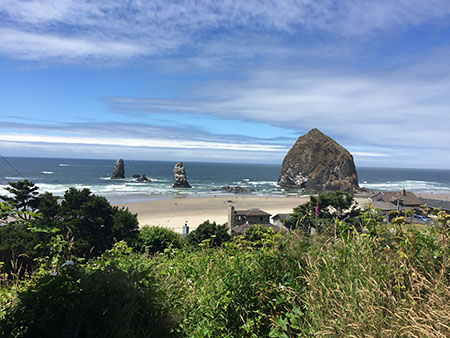 Kathleen Norman submitted this photo of their view of
Cannon Beach/Haystack Rock on the coast of Oregon. 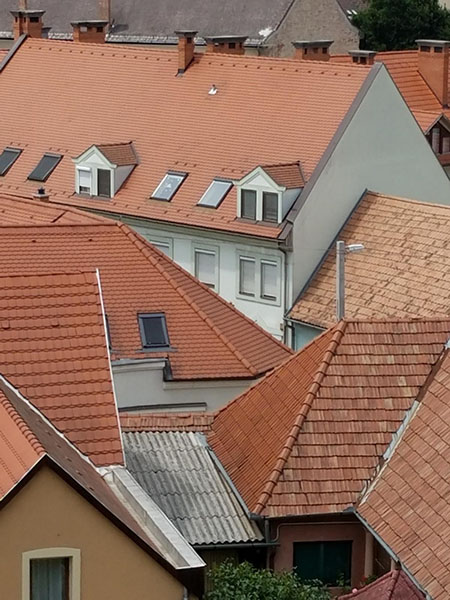 Wendy Gold, organizational development coach, Division of
Human Resources, spent a week in Hungary visiting the family
of her fiancée, who she says were also great tour guides. She
shared this photo of the rooftops taken from the castle/fortress of
Eger, an ancient city in Hungary. 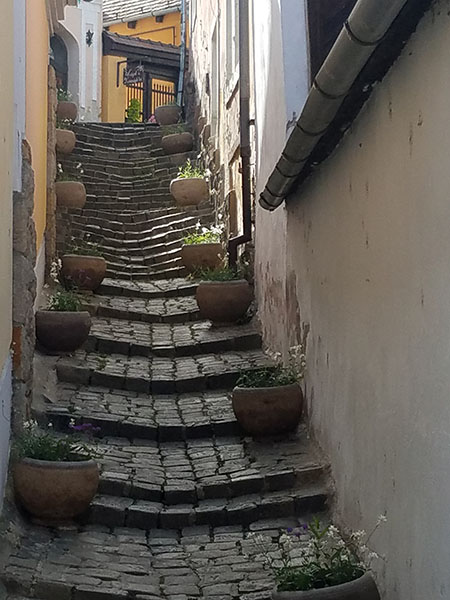 Wendy Gold shared this photo of an alleyway in Zsentendre,
an artist community outside Budapest. 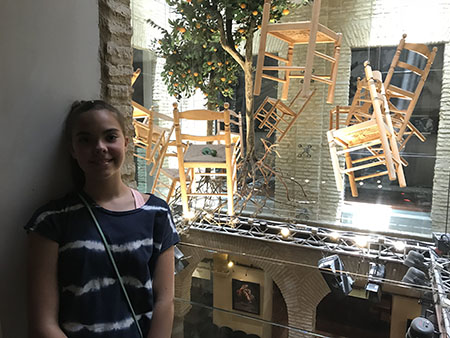 Steven R. Brown, adjunct instructor, College of Education,
Health and Human Services, vacationed in Spain with his wife
Casey and daughters Robyn and Lexi, spending time in Seville,
Granada and Barcelona. Pictured is Lexi at the Flamenco
Museum in Seville. 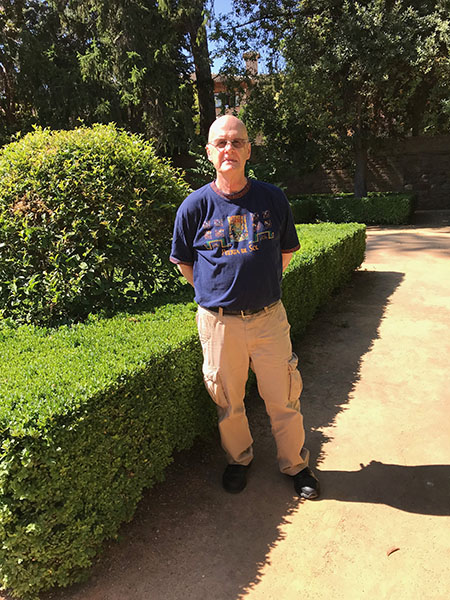 Steven R. Brown stands in the gardens of the Hotel Paradore
de Granada, adjoining the Alhambra Palace. While in Granada,
he presented a paper at an international conference. 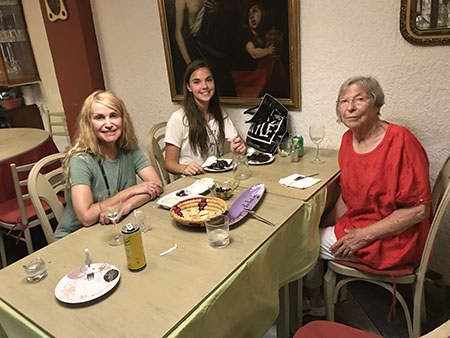 Steven R. Brown’s daughters Robyn and Lexi, and wife Casey
enjoy a tapas dinner during their final evening in Barcelona. While
in Barcelona, the family visited the Picasso Museum and Gaudí's
Basilica de Sagrada Familia. 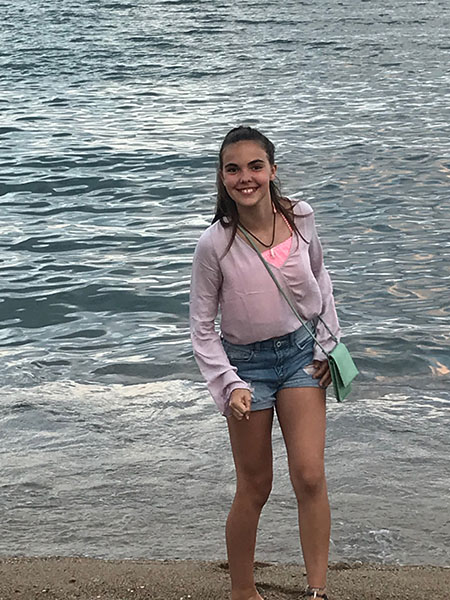 Steven R. Brown’s daughter Lexi on the banks of the
Mediterranean at one of Barcelona's beaches. 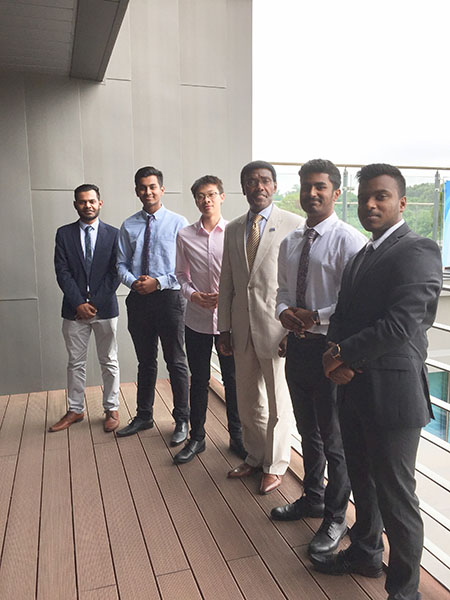 I. Richmond Nettey, Ph.D., served as a visiting professor at
Korea Aerospace University in Seoul, South Korea. Dr. Nettey
poses with five Southeast Asian students from Royal Melbourne
Institute of Technology in Australia after project presentations by
all of the 45 students in the Airline Operations and Management
class at Korea Aerospace University’s 2018 International Summer
Program. 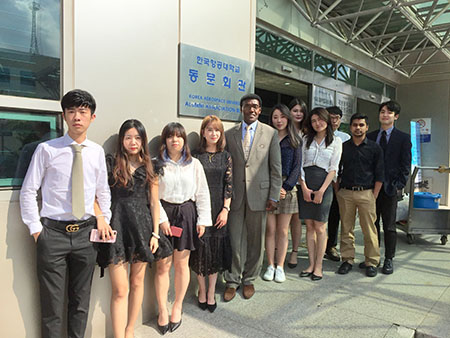 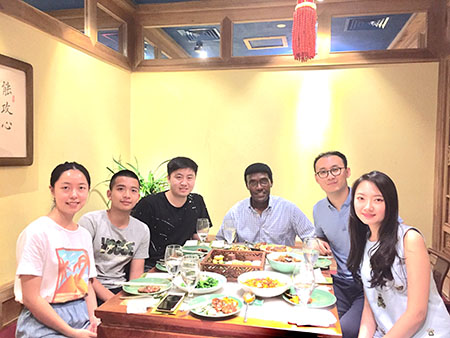 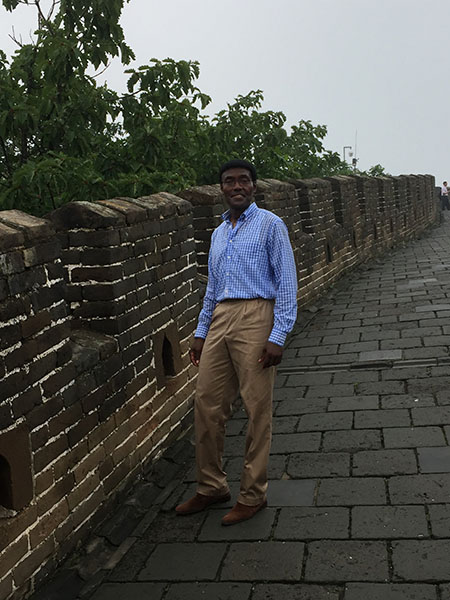 Pictured is I. Richmond Nettey​​​​​​ after the arduous climb to the
Great Wall of China this summer.