Twelve years ago, a team of Kent State University faculty members discovered their common hobby of playing instruments at a Department of Psychological Sciences’ event. After that, they created a band that now performs under the name Diminished Faculties. The band name Diminished Faculties was created as a pun – several band members study memory and other cognitive functions.

“We thought ‘hey, let’s get together and start jamming,’” says John Dunlosky, Ph.D., psychology professor. “This developed the first version of our band, and it just kept transforming over the years.” 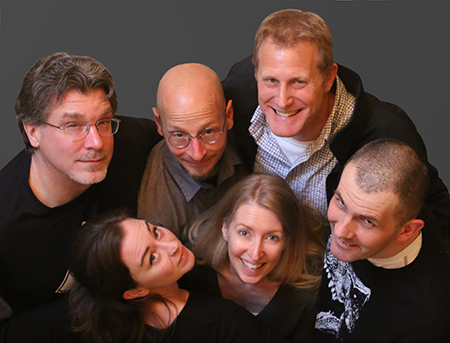 “We’re one step above a D.J. or house band, kind of like a novelty,” Dr. Gunstad says. “It’s a chance to be around fun people outside of work.”

“Honestly, we enjoy the practices more than the actual gigs,” Dr. Dunlosky says. “Every once in a while, we will play a song really well, and that’s a lot of fun.”

Diminished Faculties plays a set list containing cover songs from the 80s, 90s and 2000s, adding new songs on occasion to appeal to younger listeners. Performing an average of one gig a year, the band says it is more about having the creative outlet.

The band has a wide arrangement of instruments, playing traditional instruments such as guitar, bass and drums, along with the keyboard, bongos, triangle, maracas and the occasional tambourine.

“At the end of the evening when everyone is singing along and dancing, that’s way more fun for us,” Dr. Dunlosky says. “It’s always memorable when people actually want an encore, which we are never prepared for.”

Recently, the band played at Kent State’s Faculty Club meeting, and said they hit a huge mark of success when faculty members were up and dancing.

“That was quite memorable to see some of the faculty out there,” Dr. Gunstad says. “I think we even had a couple of administrators out there as well.”