Ohio Gov. John Kasich has appointed Donald L. Mason of Zanesville, Ohio, to a three-year term on the Kent State University Board of Trustees. Mason’s appointment began May 19, 2017, replacing the unexpired term of the late trustee Richard Marsh, which runs through May 2020. 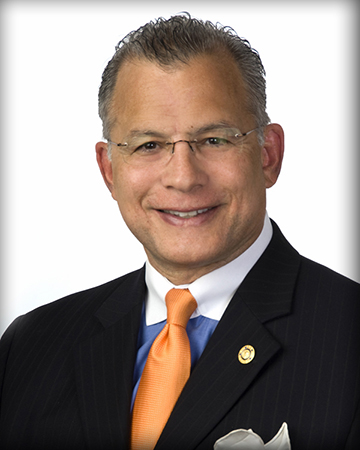 “We welcome Don Mason to our board,” says Lawrence Pollock, chair of the Kent State Board of Trustees. “His extensive public service and experience as a private attorney will be an asset to the strategic vision of the university’s eight-campus system, and we look forward to his engagement with Kent State University.”

Mason serves as a private attorney specializing in natural gas regulatory reform to promote consumer benefits. He also works on infrastructure projects, such as pipeline development and small-scale hydropower.

Mason long has been committed to public service. He currently represents Gov. Kasich on the Interstate Oil and Gas Compact Commission, and has served two terms as a commissioner of the Public Utilities Commission of Ohio.

Additionally, Mason’s prior governmental service has included the Ohio Department of Natural Resources where he served as chief of the Division of Oil and Gas and was on the board as an officer of the Groundwater Protection Council. He also supervised the Divisions of Parks, Forestry, Watercraft, Natural Area Preserves, and Wildlife. Those agencies totaled over 2,000 employees and $100 million in annual budgets.

As Mason has been appointed to complete Marsh’s unexpired term, he will be eligible for reappointment by the governor at that time.

Kent State’s Board of Trustees consists of 12 members, nine of whom are voting members appointed by the governor of the state of Ohio, with the advice and consent of the state senate, to nine-year terms of office. Two student trustees, one undergraduate and one graduate, are appointed by the governor to two-year terms of office. Since 2011, the board has appointed a national trustee, who serves a three-year term, as an additional nonvoting member.