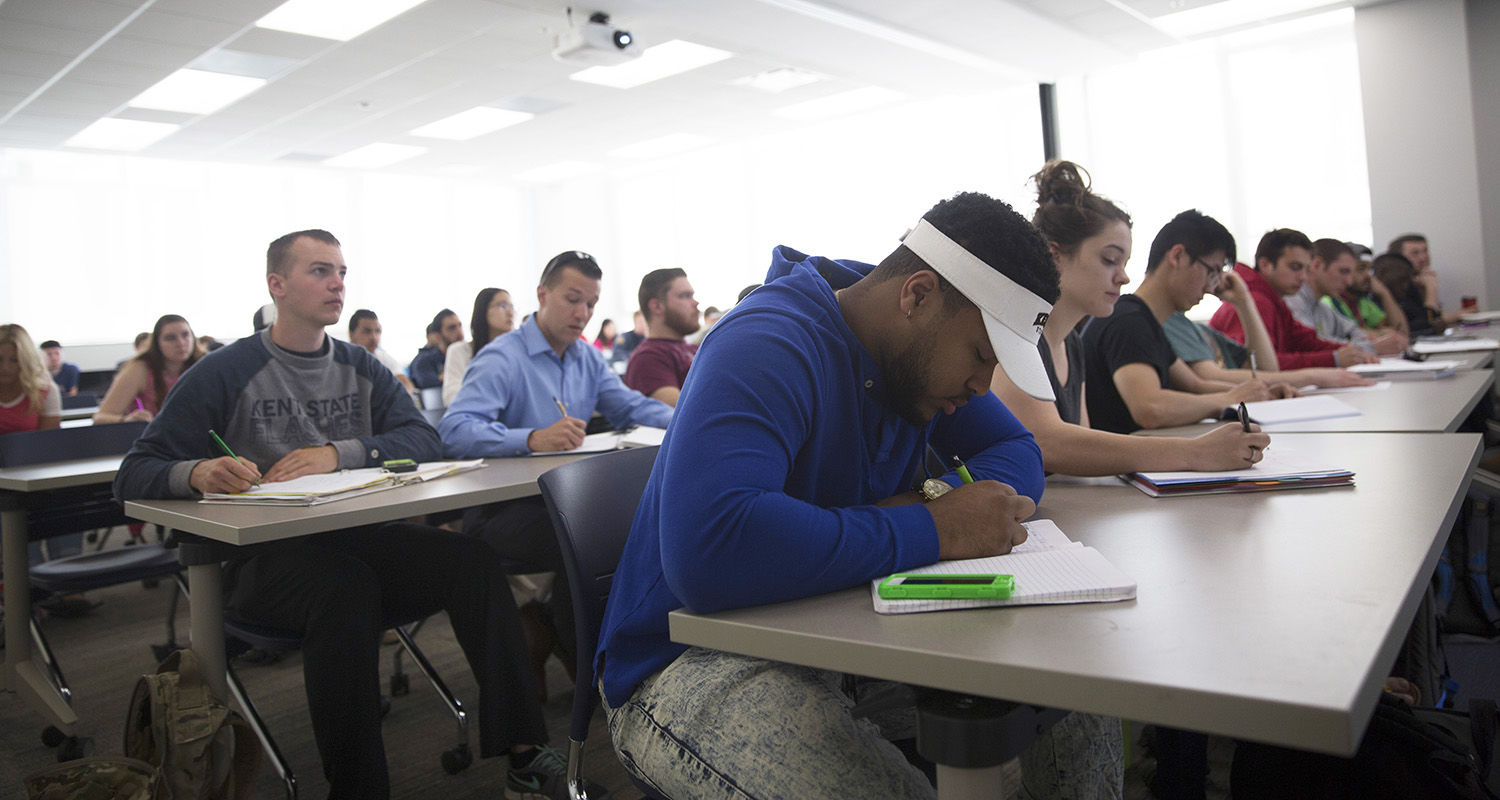 This year, each recipient receives a special salary adjustment of $10,000.

“It is an absolute privilege to recognize the extraordinary accomplishments of our faculty,” Warren says. “This awards program is an important part of the university’s vision to recognize the outstanding faculty work that contributes to the national distinction of our academic programs, and this year’s honorees have demonstrated truly inspiring records of research, teaching and service, as well as a rising trajectory that promises continued groundbreaking outcomes.”

National or international recognition may be demonstrated in research, teaching and/or service. Tenured and tenure-track faculty members in all disciplines and from all campuses were eligible based on recommendations to department chairs and deans. Warren says the awards program also represents an investment in the university’s vision and aspirations.

“Innovative research agendas draw critical resources to the university, just as distinguished teaching and service records create remarkable learning outcomes,” Warren says. “Ultimately, it is the faculty who make Kent State a destination university for so many.”

A total of 110 nominations and self-nominations were received, and 14 (seven men and seven women) were recommended by the provost and approved by the president.

The President’s Faculty Excellence Award was created in 2015, and under the collective bargaining agreement, the university will award a pool of $400,000 in the form of special salary adjustments over a three-year period.

The 2016 President’s Faculty Excellence Award recipients are listed below. 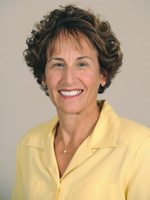 As a professor in the Department of Biological Sciences at Kent State University at Stark, Kim R. Finer has received two national teaching awards: The Innovation in Education Award from the Exxon Education Foundation and the Association of American Colleges and Universities’ National Model Course Developer in 2002 for the SENCER (Science Education for New Civic Engagements and Responsibilities) program. She also was recognized for her expertise in microbiology education by the American Society for Microbiology and appointed as a Waksman Foundation Lecturer (one of 18 lecturers worldwide) from 2003-2005. Finer has received $387,000 in external funding to support science education initiatives, most recently being selected this year as one of 20 grant participants in a National Science Foundation-funded “Flipped Classroom” workshop held by the National Center for Case Study Teaching in Science. Finer has authored four science education textbooks and served on three editorial boards. 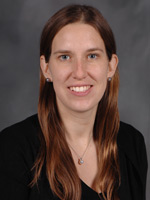 Nadia Greenhalgh-Stanley, an associate professor in the Department of Economics, teaches urban economics, economics of healthcare and principles of microeconomics at the Kent Campus. Her work focuses on the effects of changes in social insurance programs on elderly housing decisions, long-term care decisions and health outcomes. In 2012, Greenhalgh-Stanley was named a Lincoln Junior Scholar, an honor awarded to six up-and-coming economists nationwide. In total, she has received $600,000 in funding from the Social Security Administration, the U.S. Department of Agriculture and the MacArthur Foundation. Greenhalgh-Stanley is the author of several economic impact studies, including the Cleveland Gay Games, and her work on food deserts was presented at the World Health Day Conference. 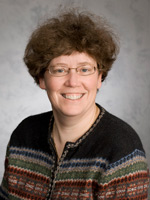 Leslie Heaphy is the coordinator of the Honors Program and an associate professor in the Department of History at Kent State University at Stark. Heaphy teaches courses in Asian history, 20th-century U.S. and sports history, and history survey classes. Heaphy was the winner of the 2015 Ohio Academy of History Distinguished Teaching Award. Her book, The Negro Leagues, 1869-1960, was a finalist for the Seymour Medal for the Best Book on Baseball. In addition, Heaphy served as the editor of seven books on baseball, as editor of Black Ball, a national peer-reviewed journal, and as co-editor of the Encyclopedia of Women in Baseball. Heaphy’s contributions to the history of baseball earned her the Bob Davids Award from the Society for American Baseball Research and invitations to be a panelist at the Major League Baseball All-Star Fan Fest for multiple years in a row. 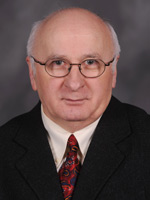 Mietek Jaroniec, a professor in the Department of Chemistry and Biochemistry, is listed by Thomson Reuters in 2011 among the top 100 materials scientists in the world, and in 2001 and 2015 among Highly Cited Researchers in materials science and chemistry, respectively. With more than 1,100 published articles and 38,000 citations, Jaroniec has H-index scores of 95 (Web of Science) and 104 (Google Scholar). He serves on the editorial boards of seven journals and is the winner of the M. Curie-Sklodowska Medal for Scientific Achievements from the Polish Chemical Society; Honoris Causa doctorates from Copernicus University and Military University of Technology in Poland; an Honorary Professor title from M. Curie-Sklodowska University; an award of merit from the Japan Society for the Promotion of Science; and the Carbon Hall of Fame Award. 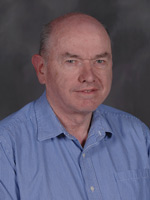 Declan Keane, a professor in the Department of Physics, conducts research in nuclear collisions and measures the phases of matter at the quark level. His group spearheaded the discovery of two of the five known types of antimatter nucleus, work that was ranked by Discover magazine as the No. 3 story in physics and math for 2011. He is an elected Fellow of the American Physical Society, with publications that have appeared in Nature and Science, and have been cited more than 35,000 times. Keane's research has been supported by several agencies, including continuous funding by the U.S. Department of Energy for 27 years, currently at the level of $467,000 per year for two investigators. 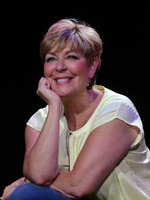 Since arriving at Kent State, Terri Kent, musical theatre coordinator and professor of acting and musical theatre in the School of Theatre and Dance, has grown the Bachelor of Fine Arts in musical theatre from three to 86 students. Kent has provided a tremendous service to Northeast Ohio and to the tens of thousands who have attended Porthouse Theatre productions, a program she leads as the producing artistic director. In addition, Porthouse Theatre is an educational /professional laboratory for international and domestic undergraduate and graduate students. Graduates who studied under Kent have performed on and off Broadway and in shows touring nationally and internationally. Kent’s directing credits have earned her several best director awards. 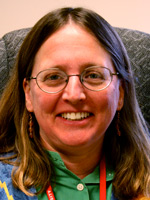 Kathryn Kerns, a professor in the Department of Psychological Sciences, was the 2015 winner of the Bowlby-Ainsworth Contribution Award from the New York Attachment Consortium for her research on parent-child attachment. The award is given to one person biannually. Kerns’ nomination for the award came from outside the United States, speaking to her international influence. Kerns’ published articles earn an average of 33.63 citations per journal article, and her five most cited papers earned 598 citations in Web of Science and 1,412 citations in Google Scholar. Kerns frequently teaches graduate and undergraduate courses in child development, close relationships and research methods. She also mentors doctoral students and was nominated for a society-mentoring award. For the past three years, Kerns has led university efforts to improve the mentoring of faculty and career coaching, particularly of mid-career faculty. 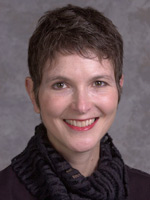 Janice Lessman-Moss, a professor in the School of Art, creates artwork that bridges ancient techniques with digital technology. Her weavings have been shown widely in the U.S. and internationally, including exhibitions at the American Craft Museum (now MADD) in New York, the Kyoto Museum, the San Jose Museum of Quilts and Textiles, the Akron Art Museum and the Museum Rijswijk in the Netherlands. She is the recipient of eight Individual Artist Fellowships from the Ohio Arts Council, an Arts Midwest/National Endowment Fellowship for the Arts, and in 2016 won a Governor’s Award for the Arts in Ohio in the individual artist category. Deeply committed to textile arts education, she was at the forefront of introducing her students to the use of jacquard electronic digital handlooms as part of the curriculum. In 2011, she co-founded the Midwest Fiber Artist Educators Network (MFAEN) to facilitate dialogue among textile art programs at universities in the Midwest. Her work can be seen this fall in an exhibition at the new Center for Visual Arts Gallery at Kent State. 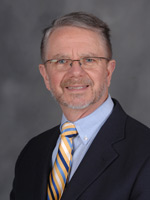 A professor in the School of Lifespan Development and Educational Sciences, Caven Mcloughlin is a two-time Fulbright Specialist with recent consultancies in South Africa, India, Turkey, China and South Korea. Mcloughlin has been involved in the federally funded training of interdisciplinary leadership personnel working with infants and toddlers for more than 25 years. Mcloughlin serves as the editor of School Psychology International Journal. His book, Getting Employed, Staying Employed, received the U.S. Presidential Committee in the Employment of the Handicapped Award. 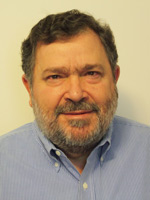 Gerassimos Petratos, a professor and former chairperson in the Department of Physics, has been doing research for 35 years on the structure and spin of the proton and neutron, and on the structure and internal dynamics of light nuclei. In 2008, Petratos was elected Fellow of the American Physical Society for “numerous contributions” to nuclear physics. Since joining Kent State in 1994, Petratos has received $2 million in National Science Foundation funding. The results of his work at the Stanford and Jefferson Lab accelerators have earned 12,700 citations, including 7,400 citations by publications in peer-review journals. Petratos teaches both graduate- and undergraduate-level physics courses, including introductory physics, modern physics, classical mechanics, electromagnetic theory, nuclear-particle physics, and statistical and computer analysis of experimental data. Petratos has received four awards for excellence in teaching and advising by the Kent State chapter of the Society of Physics Students of the American Institute of Physics. 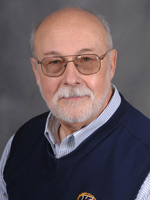 Timothy Rasinski is a professor of literacy education in the School of Teaching, Learning and Curriculum Studies. Rasinski has authored or edited 300 publications and served as president of the Association of Literacy Educators and Researchers. His work in literacy education has earned Rasinski several honors and awards. Rasinski has served as editor of The Reading Teacher and the Journal of Literacy Research, two premier journals in the field of literacy education. The Association of Literacy Educators and Researchers named Rasinski a 2006 Laureate Award winner for his career accomplishments. Rasinski was inducted into the International Reading Hall of Fame in 2010 and 2012, was a nominee for the Brock International Prize in Education. 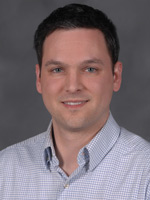 Curtis Lockwood Reynolds, an associate professor of economics at Kent State, was named to the top 100 young economists in the world by the St. Louis Federal Reserve in 2014 and 2015. Reynolds is a four-time winner of the Outstanding MBA Professor Award and has also been recognized with the College of Business Administration’s Tenured/Tenure-Track Teaching Excellence Award. Since 2011, Reynolds has published 10 journal articles in the areas of labor and urban economics. Reynolds’ research primarily focuses on access and completion in higher education with emphasis on the effects of college choice and the role of various household resources on educational decisions. He also researches the local effects of government policies designed to encourage economic activity with a focus on the spatial or distributional implications of such policies. 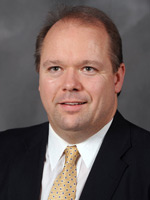 Phillip Rumrill is a professor in the School of Lifespan Development and Educational Sciences and has received $15 million in funding through 21 extramural grants. In 2005, Rumrill was awarded the Rehabilitation Researcher of the Year by the National Council of Rehabilitation Education. Rumrill’s book Guide to Eldercare won the 2013 Gold Medal in Foreword’s Family and Relationship Book of the Year Awards. In 2016, Rumrill earned second place the 2016 Best Paper Prize from the American Counseling Association. 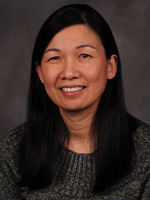 Marcia Lei Zeng is a professor of library and information science at Kent State and 2016 U.S. Fulbright Scholar Award winner to Taiwan. Zeng has 90 published journal articles and five books. She has received $1 million in funding from the National Science Foundation, the Institute of Museum and Library Studies and the Ohio Board of Regents. Zeng served as an executive board member of the International Society for Knowledge Organization and director-at-large of the Association for Information Science and Technology.