A Kent State University professor in the College of Arts and Sciences is on Clarivate Analytics’ 2017 list of Highly Cited Researchers in the world.

Mietek Jaroniec, Ph.D., professor in Kent State’s Department of Chemistry and Biochemistry, is one of the world’s top researchers in the fields of chemistry and materials science, and ranks in the top 1 percent by citations for field and publication year in Clarivate’s Web of Science database. 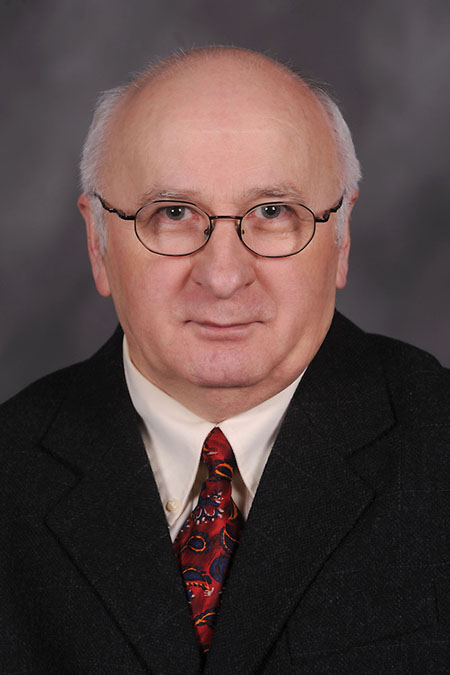 The 2017 list focuses on contemporary research achievements through a survey of highly cited papers in science journals indexed in the Web of Science Core Collection during the 11-year period 2005-2015. See the full list at https://clarivate.com/hcr/2017-researchers-list/.

“I think that most scientists derive great satisfaction from being able to share their research findings with the scientific community worldwide,” Dr. Jaroniec says. “The record of citations is one of the direct indicators that shows that one’s published papers have been recognized by peer scientists. It is highly rewarding to me to learn that other scientists have found my work interesting and useful, and worthy of citation in their own articles.”

Dr. Jaroniec’s recent research is focused on nanomaterials (especially nanoporous carbon spheres and related carbon nanostructures), photocatalysts and semiconductors with applications in the biomedical, water treatment and energy fields. Activated carbon is widely used in industry and everyday life ranging from air and water purification, metal extraction to medical, pharmaceutical, agricultural and military applications. In 2015, he published a review article on carbon spheres in Nature Materials with an impact factor of 36.5.

In 2016, the Polish Chemical Society awarded Dr. Jaroniec with the Medal of Marie Sklodowska-Curie for scientific achievements. The prestigious medal is awarded to outstanding chemists working permanently abroad for exceptional scientific achievements of international significance and for contributions to the community of Polish chemists. He has received an Honorary Professor title, two Doctors of Honoris Causa. He also was named among the top 100 scientists worldwide in the area of materials science in 2001.

Before joining the faculty at Kent State in 1991, Dr. Jaroniec obtained his master’s and Ph.D. degrees in chemistry at the Marie Curie-Sklodowska University in Poland in 1972 and 1976, and a Sc.D. in Physical Chemistry in 1979 before serving as a professor there from 1972-1991 in the Department of Theoretical Chemistry.

Dr. Jaroniec earned several honors and awards from all over the world, including the Distinguished Scholar Award (2002), Advisor Excellence Award (2007), and College of Arts and Sciences Distinguished Teacher Award (2010) at Kent State. He has served on several journal advisory and editorial boards and is a member of several scientific organizations such as the American Chemical Society. He has edited several books and published more than 1,000 scientific articles and communications in international journals.

“In addition to a researcher’s capabilities and hard work, high-quality education, research and scholarship require the proper environment, which in my opinion is created by Kent State,” Dr. Jaroniec says. “I am especially thankful to my colleagues from the Department of Chemistry and Biochemistry for their continuous support and encouragement, as well as the outstanding students, postdocs and visiting scientists I have had the pleasure to work with in my research group over the years. Also, I would like to acknowledge an ongoing and fruitful international collaboration with outstanding scientists, especially from Australia, China, Korea and Poland.”