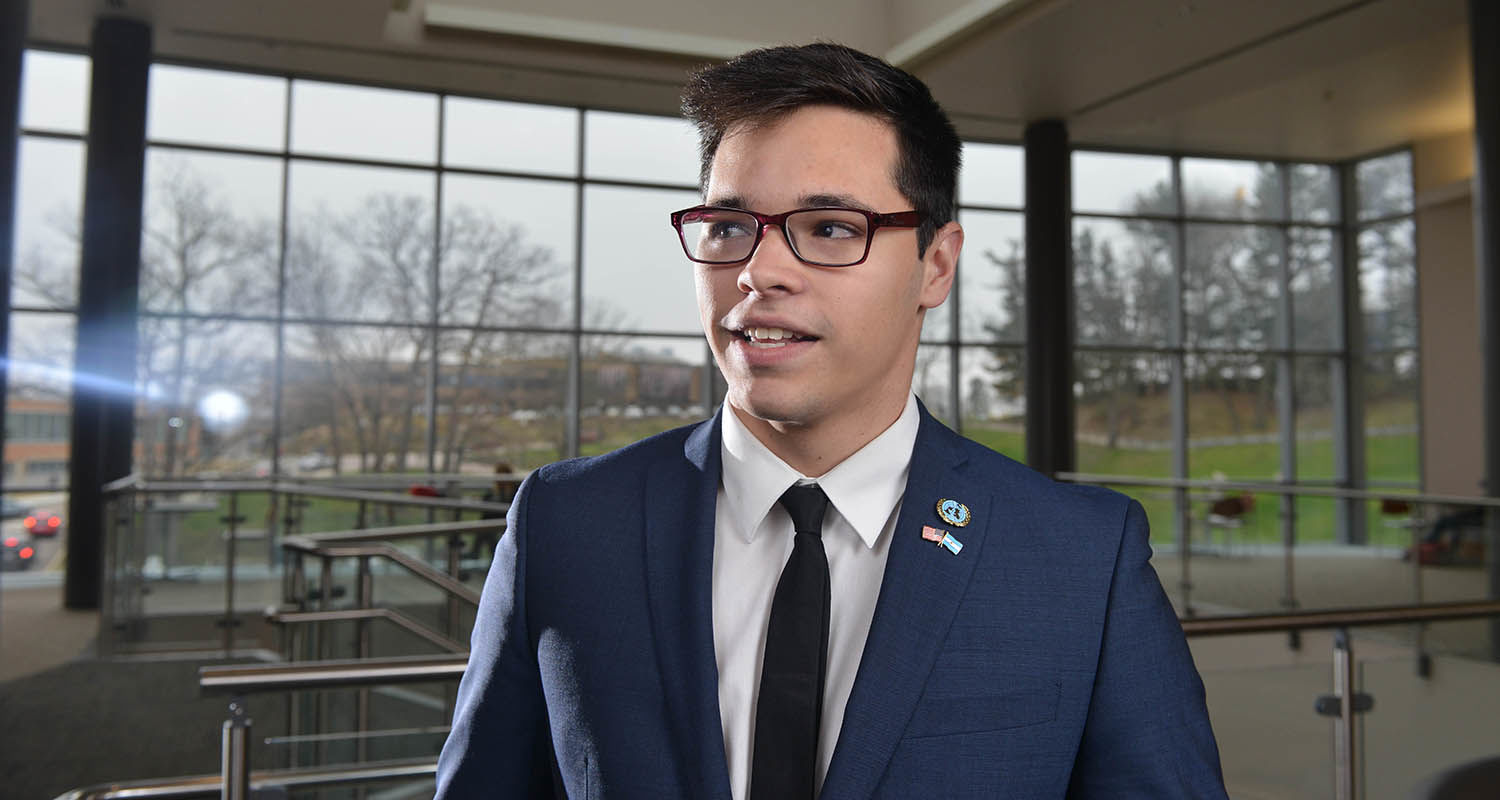 Gorostiza was born in Argentina and lived there until starting college last fall at Kent State. He had always been interested in politics and played an influential role in the recent presidential election in Argentina, which helped him qualify as a youth delegate.

Gorostiza says voting is optional for citizens between the ages of 16 and 18 in Argentina. If one is over 18, voting becomes mandatory. Gorostiza seized this opportunity to inform young possible voters about the campaign he worked for.

“I worked for the presidential campaign as a presidential youth advisor, and my main role in the campaign was to pursue the votes of youth for my candidate,” Gorostiza says. “My candidate won by less than1 percent of the vote, and 5 percent of the population is between 16 and 18, so that’s pretty significant.”

Argentina’s Youth Delegate to the U.N.

The government of Argentina chose Gorostiza as the youth delegate because of his extensive work on the presidential campaign for three to four years.

“Being a youth delegate is a permanent position,” Gorostiza says. “It lasts until the executive branch decides to vote away my delegation or until this executive branch’s power ends. We have to report what we hear in U.N. meetings and at Youth General Assembly back to the government. We are almost considered diplomats. I represent the youth of Argentina.”

The largest duty of Gorostiza and other youth delegates is the implementation of the U.N. 2030 Agenda for Sustainable Development, a 15-year-long “plan of action for people, planet and prosperity,” according to the U.N. website.

“The U.N. is implementing the 2030 Agenda,” Gorostiza says. “It includes 17 goals and 164 checkpoints this whole world has to meet before the year 2030 to reach sustainable development. The U.N. decided to create a parallel general assembly where all of the members are youth delegates, and in 15 years, the youth delegates will most likely be the permanent delegates to the U.N.”

“We graduate students who will make a change in the future of their countries,” Fantoni says. “International students represent a phenomenal intellectual and cultural capital that enriches the learning environment for all Kent State students.”

Gorostiza believes that Kent State has helped him grow and become a better youth delegate to his home country.

Right now, Gorostiza is focusing on his schooling and youth delegate duties, but his plans for the future are fluid.

“I want to leave my plans open,” Gorostiza says. “I may stay and work in the United States or return home and continue to serve my country in Argentina. I changed my major to digital sciences because I want to be able to talk about the things that are coming, the new technology. I want to be one of the people who speak on TEDTalks.”

The opportunity to make a change, even if it may be small, in Argentina is amazing, Gorostiza says.

“My favorite part about being a youth delegate is that I can give something back to my county, and I can help this new government do better,” Gorostiza says.