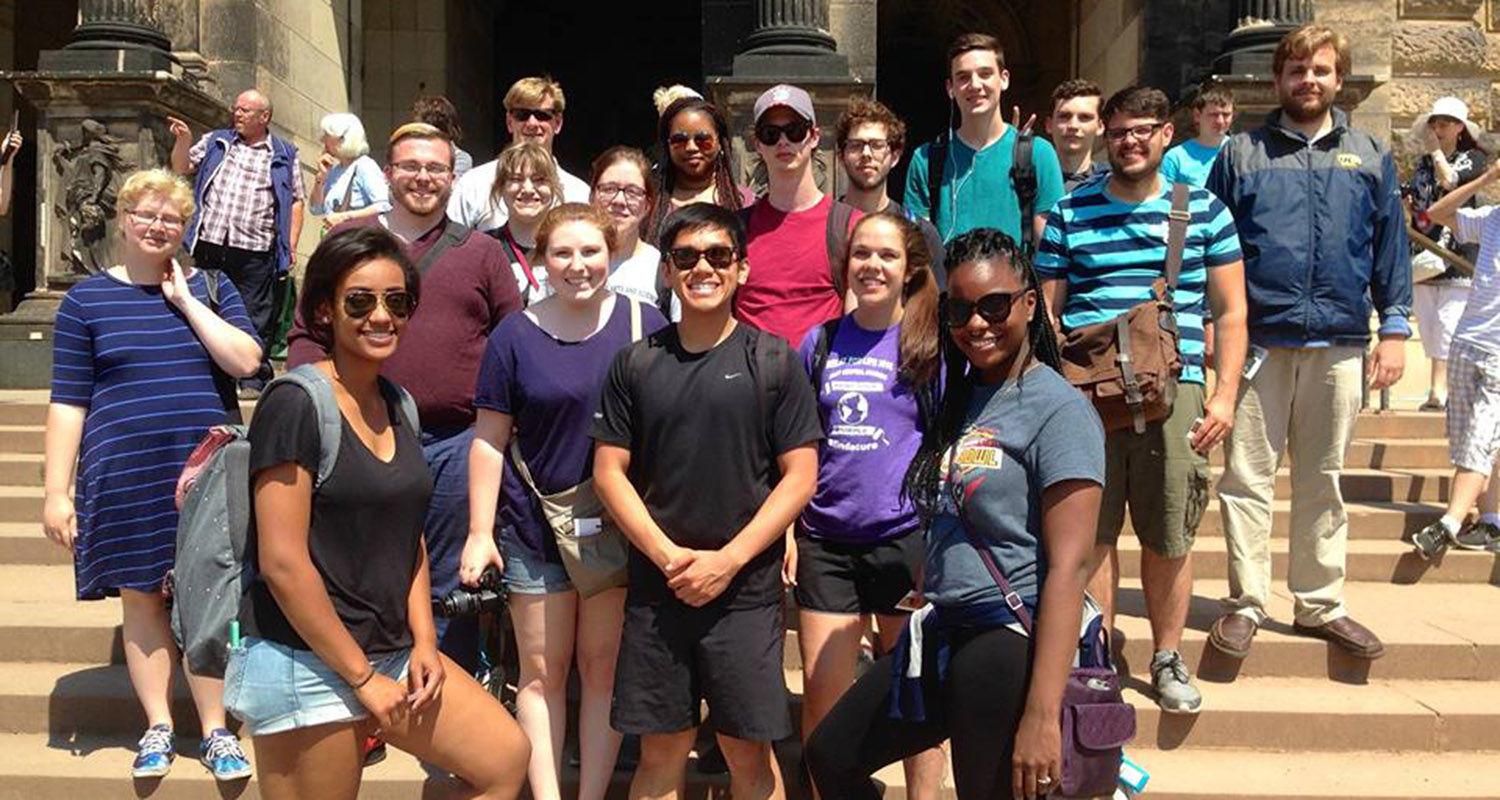 Kent State University’s Mark Cassell, professor in the Department of Political Science, began taking students to Germany five years ago. The trip serves as an opportunity for students to gain hands-on international experience. This year, students had a front-row seat to how Germany grapples with international issues.

“I have some students who are politically active, and they’re struck by the politics,” Cassell says. “Others are struck by the cities and public transportation systems.”

Brianna Richardson, junior political science major, thoroughly enjoyed the opportunity to learn outside the classroom and wants to visit again to study abroad or attend graduate school in Germany.

“Being outside of a classroom was probably one of the best aspects to me, simply because we got to go see and touch history,” Richardson says. “For me, it was a better way to learn; to be able to visit the places we were talking about before we got to Germany. We visited Dresden and learned more about the history of the city and how the buildings have been reconstructed in the years after the bombing.” 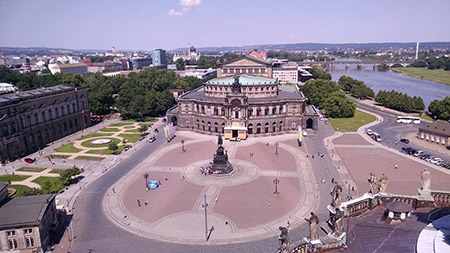 The political science major also gained a lot from the scheduled briefings.

“One of my favorite briefings was a political science and economics meeting with an executive at the Deutsche Bank,” Richardson says. “She talked about Germany’s position in the European Union at the time. It was really interesting to me, since I have a minor in economics, that she shared how politics and economics intersect in Germany.

“We visited the Bundestag and had a chance to see how Germany’s parliament is structured,” she adds. “There’s a domed window at the top of the building that is supposed to illustrate the government’s transparency. I thought that was interesting and different from the United States.”

“One of the most interesting parts of the trip to me was learning about how Germany is dealing with the refugee crisis,” Rossman says. “In the United States, refugees pick where they want to live. For that reason, Michigan is one of the places with a high population of refugees. Germany does a good job of placing refugees and integrating them into the country.”

Rossman found the differences in approach to the global issue fascinating.

“It’s interesting because refugees aren’t showing up in the U.S. in masses the way they are in Germany, so the conversations about how we deal with the refugee crisis looks different,” Rossman says.

Providing a well-rounded experience for students was a top priority for Cassell. It was important to him for students to see what he calls “a new normal.”

“The students weren’t just touring Germany,” Cassell says. “I wanted to create an experiential learning course, as many of them hadn’t traveled outside of the United States before the trip.”

Hunter Rininger, senior international relations major, is one such student.

“It was easily the best learning experience I had at Kent State, simply because we got so much culture in such a short amount of time,” Rininger says. “We got such an array of information from visiting the Buchenwald concentration camp to meeting with political officers and people in the smaller towns. We got a taste of everything.”

Rininger found the trip beneficial for a variety of reasons. Not only could she be immersed in another culture, she could do so without breaking the bank.

“I’ve always wanted to travel, and this trip fell into my lap as a good opportunity,” she says. “The Germany trip is perfect for students who want or need to study abroad, but also want to work during the summer. It’s affordable. I couldn’t afford to spend an entire semester abroad, so this trip was great. Although we only spent a little less than three weeks in Germany, I still was able to take in the culture because I didn’t have to sit in a classroom.” 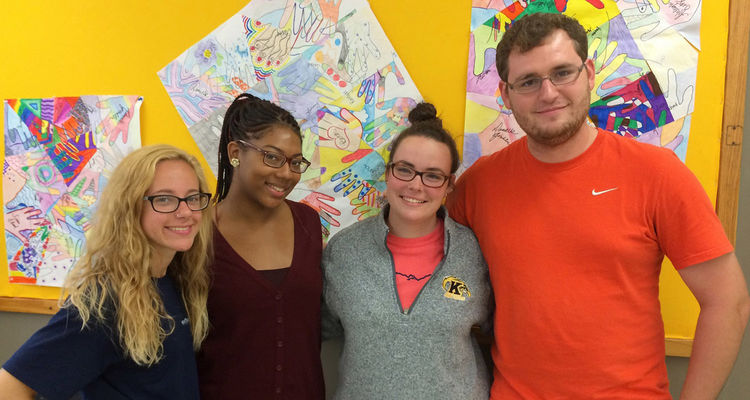 Kent State University’s Middle Childhood Education program is the first in the state of Ohio to offer an undergraduate program authorized by the...
Fall for the Arts: Africa Fest 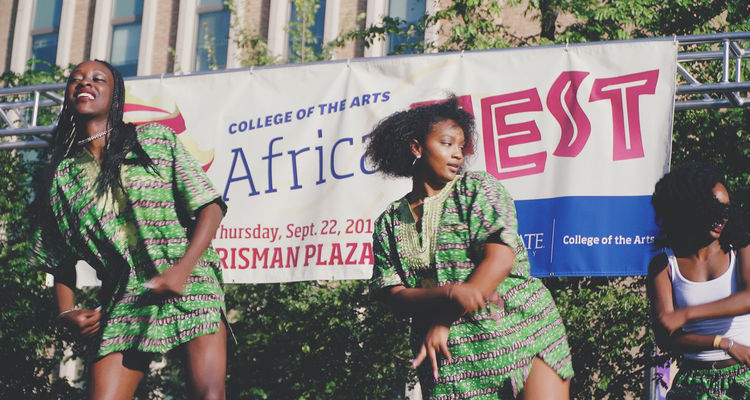 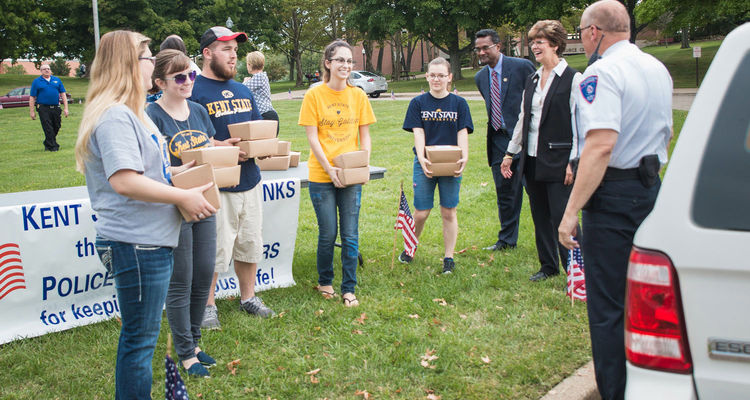 For the ninth straight year, Kent State University at Stark honored the men and women of its local safety forces by providing a free lunch to them in...
e-Inside
Street Address
University Communications & Marketing