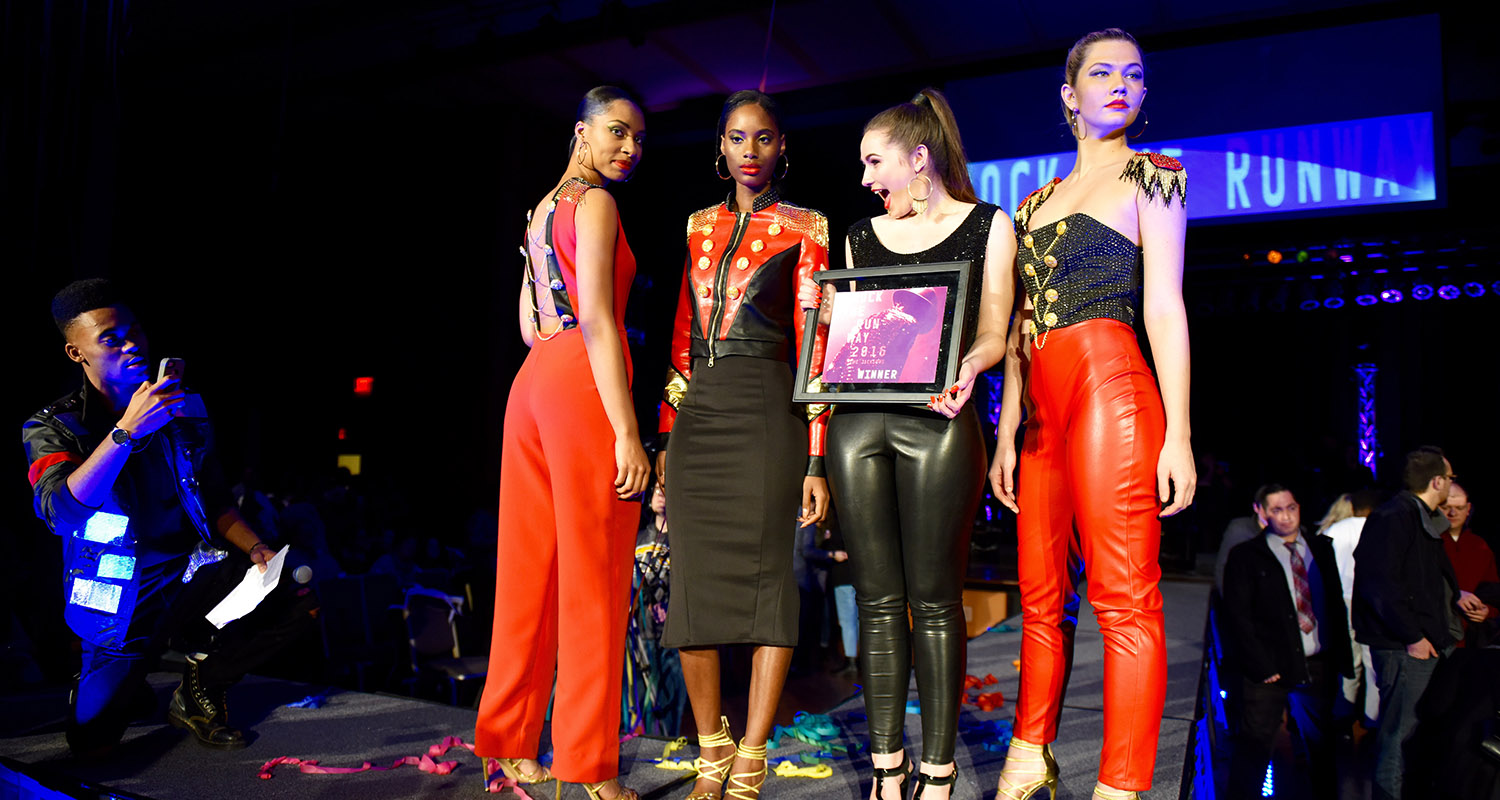 Fashion was king on a night that featured the sights and sounds of this year’s theme, The Jacksons.

In front of a Kent Student Center Ballroom crowd of nearly 800 attendees, models showcased clothing designs, which included elements inspired by The Jacksons’ music. Judging was based on line cohesiveness, craftsmanship, interpretation of the theme and general design.

The panel of judges included Michael Bush, who served as Michael Jackson’s personal fashion designer for 25 years; Mary Beth Wilkins, Kent State alumna and designer/creator of Made by MB clothing; Anne Siegel, manager of fundraising events at the Rock and Roll Hall of Fame and Museum; and MJX, a Michael Jackson tribute artist.

Kelly Neiser, a junior from Cleveland, Ohio, making her second appearance at Rock the Runway, was the Judges’ Choice winner with her line called “Rhinestone Revolutionary.” Neiser hand set more than 3,200 rhinestones in her collection. As the show winner, she will receive a $2,500 scholarship for her fall 2016 tuition at Kent State.

“I wasn’t ready the first year I participated; I didn’t even really know how to sew until this summer,” Neiser says. “I put everything I am into this, and to get the response it did was incredible. I’ll never forget it. It was so special.”

This year marked the last time that show creator Jennifer Brunner produced Rock the Runway as she will be leaving Kent State to be with her family in southern Ohio. Brunner, associate director for the Center for Student Involvement, leaves behind a legacy of passion and creativity to be admired and emulated by future show producers.

“This show has always been a team effort, and that is what I’ll miss most about it,” Brunner says. “It is one of the rare occasions that the student and professional staff get to work together on an event that is energetic, creative and greatly supports out-of-classroom learning for so many students.”

Kent Student Center Programming connects students to fun and engaging programs on just about every day of the week. Festivals, movie nights, karaoke, pool tournaments and bingo are just a few of the great opportunities it offers for students to meet people, relax and take a break after their classes. More than 30,000 students participate in its programs and events each year.