It’s that nagging question you ask yourself every Thanksgiving after you have piled the food sky-high on your plate and savored every last morsel: “What happened? Were my eyes bigger than my stomach?”

For many years, doctors and dieticians have focused on overeating as part of the reason for the obesity epidemic in America. 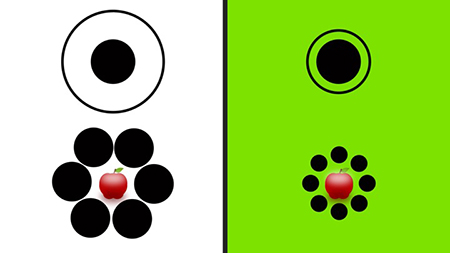 There is sound science behind the predisposition to fill our plates with what we think is a reasonable portion, only to find ourselves overeating anyway. However, a new study by Kent State University researchers aims to help us use the tricks that our eyes play on us to combat our overeating habits.

While the United States Department of Agriculture emphasizes portion control strategies in its dietary guidelines, including the use of portion-control plates, many people still struggle to learn the healthy portion sizes and consistently consume beyond those amounts. Prior to the study, published in the health journal BMC Obesity, little research had evaluated the dishes specifically designed for portion control.

“The goal of the study was to learn if building an optical illusion into a plate would help people choose smaller portions,” says Joel Hughes, Ph.D., professor of psychological sciences in Kent State’s College of Arts and Sciences.

The plate uses two types of optical illusions. The Ebbinghaus illusion gives the impression that something is larger or smaller in contrast to shapes surrounding it; a circle surrounded by smaller circles will look larger than it is. The Delboeuf illusion is 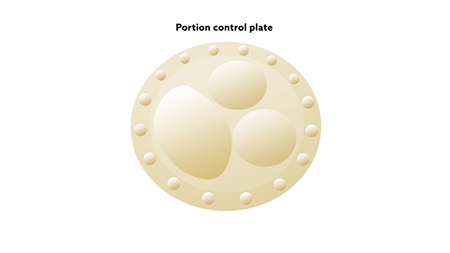 Watch a video explaining the concept in detail