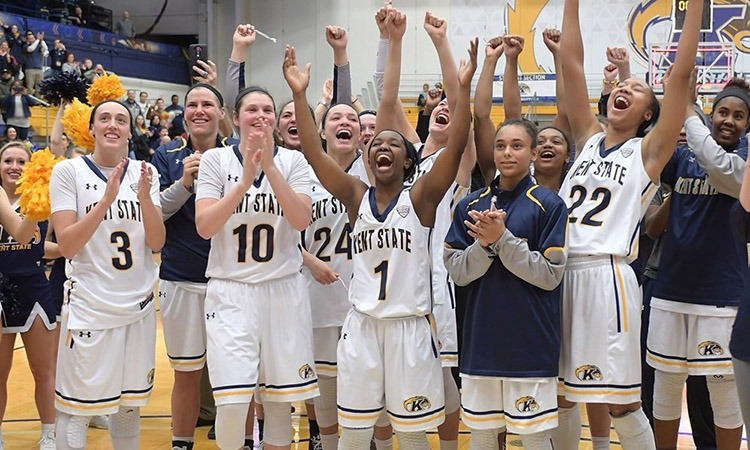 Public Recognition Awards are based on a program's most recent multiyear Academic Progress Rate (APR), awarded to teams posting scores in the top 10 percent of their sport. The APR is an annual scorecard of academic achievement calculated for all Division I sports teams, measuring eligibility, graduation and retention.

"The academic accomplishments that our student-athletes are achieving is a testament to their hard work in the classroom and the continued support provided by the university, our coaches and the athletic department administration," says Greg Glaus, Kent State’s former senior associate athletic director. "The positive trends in our APR rates reflect the commitment that Kent State University makes to graduating our student-athletes, while competing at the highest level athletically."

Kent State's women's cross country team is one of 93 teams nationally to be recognized in each of the 12 years of the Public Recognition program.

Every Kent State team had a multiyear APR rate above 930 and will not be subject to NCAA penalties.