The community is invited to celebrate Kent State University at Stark’s 2017-2018 season of the Featured Speakers Series with an impressive selection of personalities. Join us for exciting talks by Golden Globe-winning actor Henry Winkler, Army veteran and leadership expert Shannon Huffman Polson, Olympic medalist Anthony Ervin, and national news icons Cal Thomas and Juan Williams. For 27 years, this popular Kent State Stark series has attracted thousands of campus and community members who take advantage of a rare opportunity to be introduced to national and international experts on a wide range of topics and issues that shape our society.

Each program will begin at 7:30 p.m. in the Conference Center’s Timken Great Hall, located at 6000 Frank Avenue NW in Jackson Township. All lectures are free and open to the public, but tickets are required. A limited number of tickets per person will be available on a first-come, first-served basis, beginning at 7:30 a.m. on the date listed with each speaker and will remain available each weekday during regular hours. Main Hall Information Desk hours can be found at www.kent.edu/featured-speakers-series. No phone or email reservations will be taken. 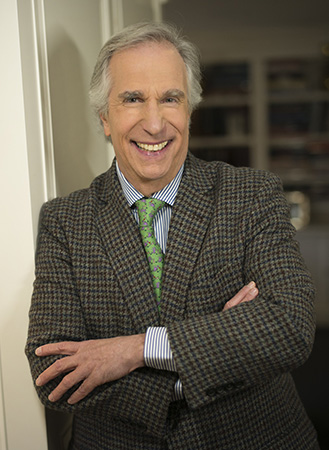 Henry Winkler’s portrayal of “The Fonz” for 10 seasons on Happy Days made him one of the most recognized actors in the world. The Golden Globe-winning actor also has starred in such films and TV shows as The Waterboy, Scream, Arrested Development and Parks and Recreation. He made his mark behind the scenes as well as a producer and director. Inspirational and entertaining, Winkler offers humorous anecdotes and touching life lessons from overcoming adversity to reliving his storied career. His passion for supporting others is the result of a lifetime struggle with undiagnosed dyslexia. He has worked tirelessly to bring awareness and support to children who learn differently by advocating for changes in the educational system and informing parents and teachers about learning challenges. Winkler is a writer of bestselling children’s books, inspired by his struggles throughout his formative years. Tickets for the Henry Winkler event will be available beginning Monday, Sept. 11. 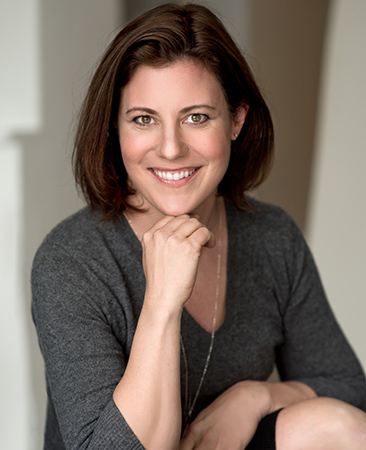 Shannon Huffman Polson will present “Lessons From the Grit Project” on Wednesday, Nov. 15, 2017.

Shannon Huffman Polson is a woman of many firsts, including being one of the first women to fly Apache combat helicopters in the U.S. Armed Forces, where she served on three continents and led two flight platoons and a line company. After nearly a decade as an Army officer and attack aviation leader, and later as a leader and manager in the corporate sector at Guidant and Microsoft, Huffman Polson turned her attention to storytelling, sharing the stories of remarkable female leaders and trailblazers through her “Grit Project” and other writing endeavors. From the cockpit to the boardroom, she shares stories of grit and leadership to help others overcome fear, break through uncertainty and reach their full potential. Drawing on a distinguished military and corporate career, Huffman Polson demonstrates how to tap into that passion and resolve so you can face your limitations, own your sense of purpose and become a leader of greatness. Tickets for the Shannon Huffman Polson event will be available beginning on Monday, Oct. 16.

Anthony Ervin will present “Chasing Water: Elegy of an Olympian” on Tuesday, Feb. 27, 2018. 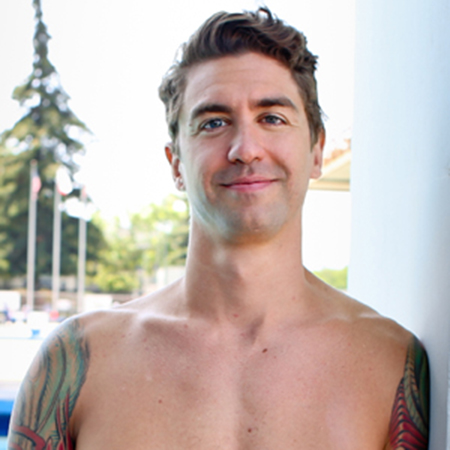 Anthony Ervin is a four-time Olympic swimming medalist, claiming gold and the title of fastest person on the planet in 2000 in the 50m freestyle and again 16 years later at age 35 in the same race at the Rio 2016 Games. After winning his first Olympic gold, two World Championships and seven NCAA titles, Ervin retired at age 22 in 2003. He then spent several years traveling the world and spearheading tsunami relief efforts in Southeast Asia. His vision is to use his experiences and his platform as a chance to give back and inspire people of all ages to live the life they love. Ervin’s return to swimming in 2011 led to him being selected for the 2012 London Olympic Games for the 50m freestyle. His memoir, Chasing Water: Elegy of an Olympian, was released in 2016. Ervin’s story is especially unique in that his family tree represents a broad demographic of Jewish and African-American descent, truly embodying the diversity of our modern world. Tickets for the Anthony Ervin event will be available beginning on Monday, Jan. 29. 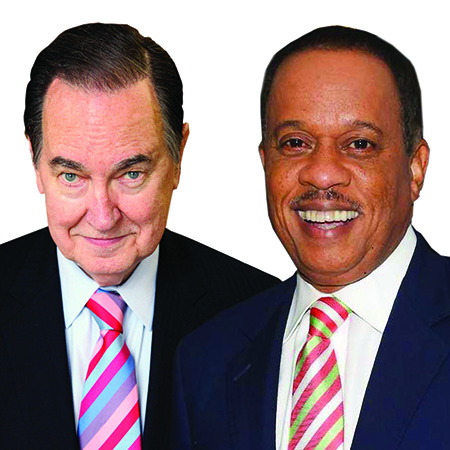 Crossroads: Cal Thomas and Juan Williams will present “Why Our Leaders Consistently Fail to Meet on Common Ground” on Thursday, April 12, 2018.

National news icons Juan Williams and Cal Thomas debate about the most important issues driving America’s future and our political leadership. In a fair and balanced format, these two trusted voices explore the question on every American’s mind: Why do our political leaders consistently fail to meet on common ground to solve our most critical problems? With more than 60 collective years of experience on the front lines of American politics, Thomas and Williams share their knowledge, passion, humor and clear commitment to presenting the facts rather than just holding to party lines. Truly dedicated to finding a way in which we can effectively lessen the divide on such monumental issues as race, economy, education, healthcare and foreign policy, they examine the qualities and shortcomings of our political process, how elections are affected and how those in positions of power act. Tickets for the Crossroads event will be available beginning on Monday, March 12.

For additional information about the 2017-2018 Featured Speakers Series, visit www.kent.edu/stark/featured-speakers-series or contact Kelly Piero at 330-244-3223 or ksimonis@kent.edu.