New play is based on hit 1980s television show

Kent State University School of Theatre and Dance Professor Tamara L. Honesty helped to bring a beloved 1980s television series to the stage in the Human Race Theatre Company's world premiere production of Family Ties. Honesty served as scenic designer for the production, which ran from June 1-25 at Human Race's venue in Dayton, Ohio, and continues the story of the famous fictional Keaton family.

The play, written by Daniel Goldstein and produced by Araca Media & Entertainment, rejoins the Keaton family 20 years after the end of the television series as the family gathers together once again at the family home amidst son Alex P. Keaton's run for Congress. The production was directed by Human Race President and Artistic Director Kevin Moore and features The Brady Bunch's Eve Plumb as matriarch Elyse Keaton and Broadway’s Jim Stanek as patriarch Steven Keaton.

Honesty, who joined the School of Theatre and Dance's faculty in fall 2016, has worked with Human Race Theatre Company since 2004 when she joined the theatre as set dresser for a production of The Odd Couple. 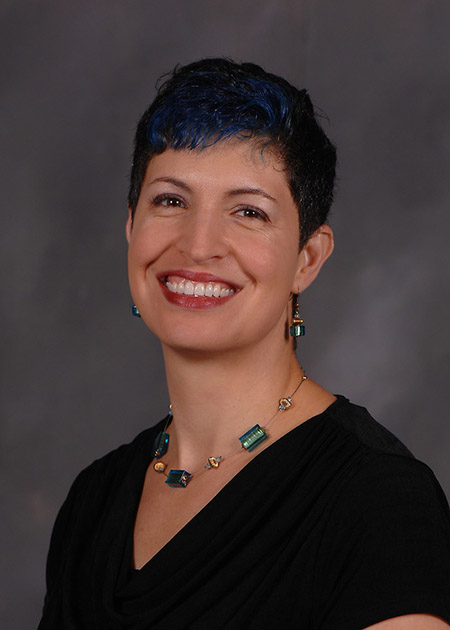 Her involvement with the premiere of Family Ties was initially a surprise for Honesty who was originally slated to design the set for a different production in the same slot.

In February 2016, [artistic director] "Kevin Moore asked me if I wanted to design the last show of their 30th season ... and I was excited because Green Gables was the first show I had designed for Human Race," Honesty recalls.

Months later, in June 2016, Honesty became concerned when she saw that Green Gables was no longer part of the theatre's 2016-2017 scheduled shows and "contacted Kevin [who] said he still wanted me to design the show, but that he was still in negotiations and couldn't tell me what it was," she says.

Last August, Honesty signed on to design the secret show, still not knowing what it was; in September, Moore was able to announce that the theatre would produce Family Ties – a story that gained national attention in publications such as Variety, Playbill and The Hollywood Reporter.

For her scenic design, Honesty watched all seven seasons of the show in order to piece together what she thought the Keaton house actually looked like and map out how to adapt it for the stage.

"It wouldn't be that difficult if the theatre ... were a proscenium theatre (where the entire audience has the same vantage point from straight on),” Honesty explains. "But Human Race's Loft Theatre is a 3/4 thrust theatre where the audience [sits] on three sides."

Honesty's design is based in selected realism, incorporating some of the television show's most iconic pieces, while letting the audience's imagination and memory fill in the gaps.

Construction and painting of the set began in April and rehearsals began in May.

Honesty participated in a Facebook Live meet and greet with the Family Ties cast and production team on The Human Race Theatre Company's Facebook page in May.