Live Chat
The Pizza Boss was formed after a group of students had to create their own business for an entrepreneurship class.

Finding the perfect pizza used to be difficult, especially if you have Celiac disease or are gluten-free, but it isn’t anymore.

After a trip to Italy, Kent State University students found the perfect gluten-free crust at Ciro and Sons ristorante in Florence. The students knew they had something special, and they asked the owner if there would be any way to sell the pizza in America. In that moment, The Pizza Boss business was created.

Authentic Italian pizza is now right outside your door in Kent, Ohio. Mark Styles, a junior entrepreneurship major, runs The Pizza Boss, a business that brings gluten-free Italian pizza back to the States. 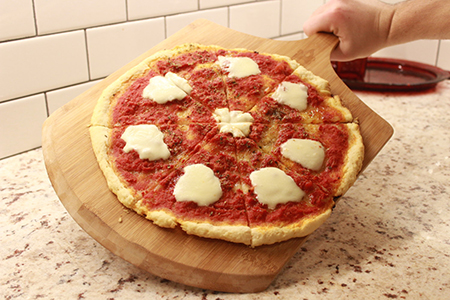 The business was formed after a group of students had to create their own business for an entrepreneurship class. Then, Mr. Styles says, the business went from an idea to a real business.

Mr. Styles says that more than 1,000 units of the pizza kits were ordered from Italy. Reaching out to anyone they could think of in the business-building sector to find outside connections, they partnered with places like Krieger and Pepperidge Farm to start selling the pizza kits.

“This is a gluten-free pizza that won awards in Italy, competing against regular pizzas,” Mr. Styles says

In addition to running his own business, Mr. Styles keeps himself busy with multiple commitments.

“It is not easy juggling a business, school and another job, but it is rewarding” Mr. Styles says.

Kent State’s entrepreneurship experience class, taught by Craig Zamary, challenges students to run and maintain their own business. This class allows Mr. Styles to sharpen his skills and improve his business.

“I've said this before, I love this course because it's high energy,” Mr. Zamary says. “I'm very fortunate to have students like Mark who have that fire in their gut. The students in our entrepreneurship major really go out and create, build things and gain hands-on learning experiences.

The class allows students to expand their skills before they get out in the real world.

“The key is to instill the entrepreneur mindset and have them constantly step outside their comfort zone,” Mr. Zamary says. “In the end, I want them to be faster, stronger and more empowered than when they came in.”

Now, most of the sales come directly from online orders.

Mr. Styles plans to reach out to local and family-owned restaurants as business partners next. He wants to get the pizza directly to the restaurants in order to up his sales and expand The Pizza Boss.

The end goal is to turn The Pizza Boss into a national business, reaching as many states as possible.

Learn more about the Pizza Boss