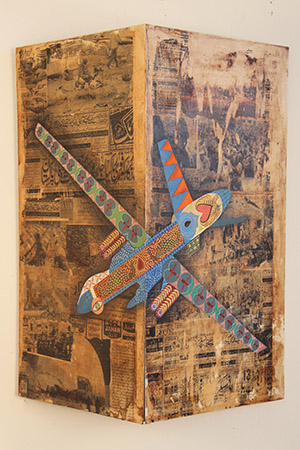 The School of Art at Kent State University is pleased to announce that Assistant Professor of Foundations Mahwish Chishty and Professor of Sculpture Emeritus Paul O’Keeffe have been awarded Guggenheim Fellowships for 2017. Both were selected under the Creative Arts category with a field of study in fine arts. The John Simon Guggenheim Memorial Foundation awarded 173 Guggenheim Fellowships to a diverse group of scholars, artists and scientists this year. The recipients were chosen from a group of nearly 3,000 applicants based on prior achievement and exceptional promise.

Initially trained as a miniature painter from the National College of Arts in Lahore, Pakistan, Chishty aggressively combines new media and conceptual work with her traditional practice. Chishty became interested in military drones after her visit to Pakistan in 2011. By camouflaging modern war machines with folk imagery, Chishty is shedding light on the complexity of acculturation, politics and power. She has exhibited her work nationally and internationally at venues such as University of Technology (UTS Gallery) Sydney, Australia; Boghossian Foundation – Villa Empain, Brussels; Utah Museum of Contemporary Art, Salt Lake City, Utah; Museum of Contemporary African Diasporan Arts (MOCADA), Brooklyn, New York; University of Michigan, Ann Arbor, Michigan; and Gandhara Art Gallery, Karachi, Pakistan, among others. Chishty recently has shown her work in a solo exhibition at the Imperial War Museum in London. 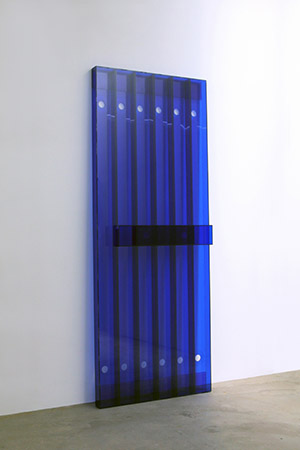 O’Keeffe’s practice spans across sculpture and installation and often explores prosaic objects laden with personal histories. Common domestic items are taken as points of departure in his work, such as the book cover designs, wallpaper and furniture from his childhood in Ireland in the 1960s and ’70s, or the punk music he encountered while in art school in London. In some ways, O’Keeffe’s sculptures can be understood as oblique portraits of his family and surroundings, returning to designs of everyday items and magazines found in his father’s small advertising agency in Dublin, or objects precious to his mother who moved to Ireland from Sri Lanka as a teenager. As an immigrant to the United States, many of his pieces have explored the forms he encountered in radically shifting contexts, first in his moves from Dublin to London, then to Los Angeles and finally to Cleveland, Ohio. His work is in public and private collections including the Arts Council of Ireland; Bayer USA, Pittsburgh; Progressive Insurance, Cleveland; Kaiser Permanente, Cleveland and the Cleveland Public Library.