Fashion and Athletics Team Up for Autism Awareness at Kent State 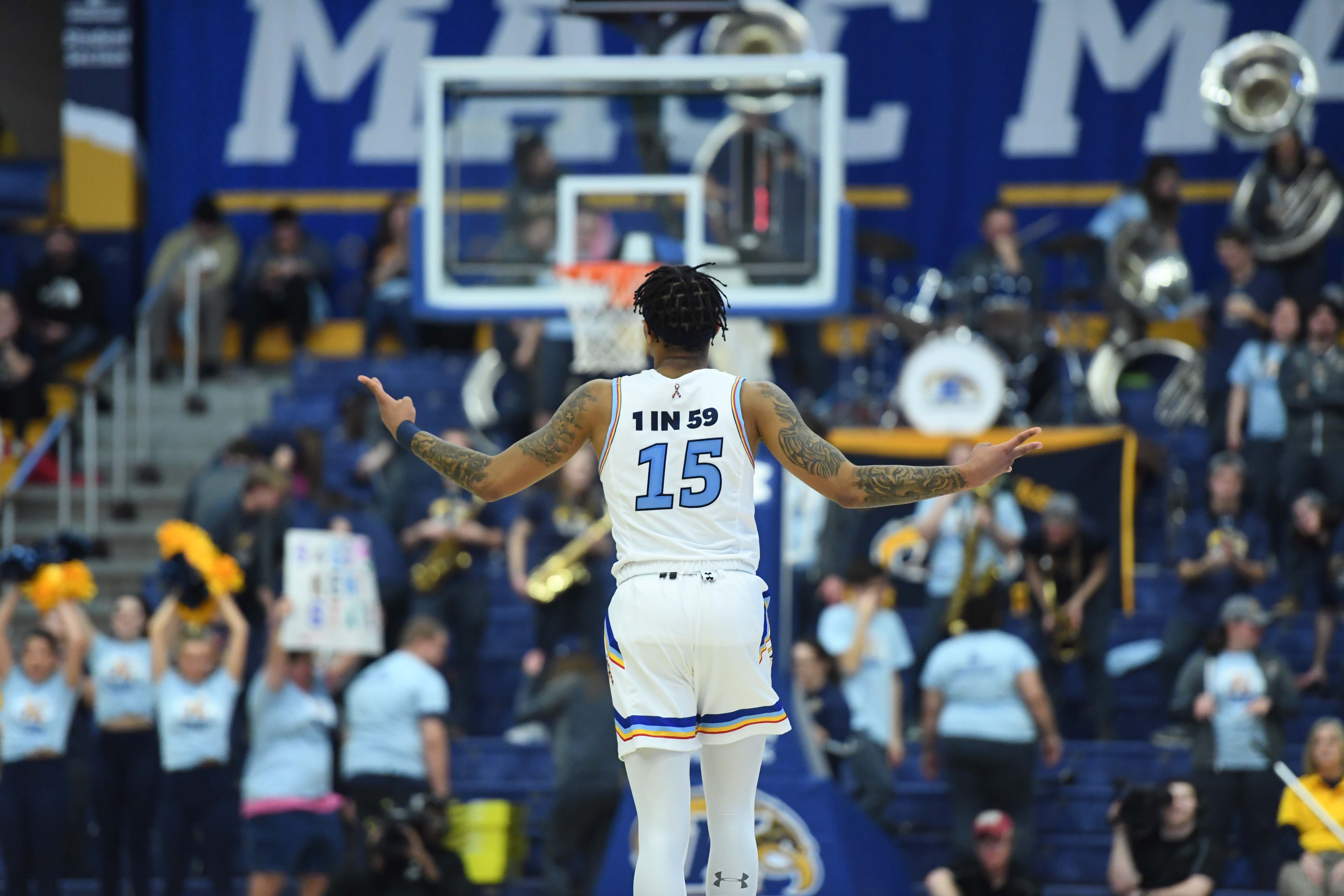 Kent State University basketball fans were treated to a new look worn by the men's basketball team during the Feb. 15 game against Ohio University. Sporting the words "1 in 59", the team took to the court in special jerseys and warm-up t-shirts design by fashion students, highlighting the university's ongoing commitment to autism awareness.

In the summer of 2019, Under Armour and Kent State University Athletics approached the School of Fashion Design and Merchandising at Kent State, about designing the uniforms for the university's autism awareness game planned for the 2019-2020 basketball season. In the fall of 2019, the school hosted a contest for fashion students to submit custom designs for a basketball uniform and a T-shirt that could be worn by the players during the game.

The winning uniform design included the message “1 in 59” in the space on the back that is normally designated for the player's name. According to the Center for Disease Control and Prevention, one in 59 children is diagnosed as being on the autism spectrum. Trenton Johnston, a freshman visual communications design major, won the jersey design contest while sophomore fashion design major, Tuesday Pears, won for the T-shirt design. The T-shirt design featured puzzle pieces placed within the Kent State University "K" logo.  The t-shirts were worn by the players during the pre-game warm-up and were handed out to the first 500 attendees of the Saturday afternoon game. The two winning students, and the director of The School of Fashion, Dr. Louise Valentine, were brought to half-court and recognized before the start of the game. The students were awarded gift cards from Under Armour for their winning designs.

Using Under Armour's online uniform-design template, students were able to experiment with different designs for jerseys and shorts but were required to use a base of white or gold to honor the Kent State colors. Participants were allowed creative freedom when it came to the customizations on the designs to highlight autism awareness.  Meanwhile, for the T-shirt contest, students were given creative freedom to use different colors and create personal, customized designs. Approximately 30 designs for each contest were submitted.  In addition to Kent, Ohio University also participated in the game-day event, wearing the autism puzzle ribbon on their jerseys. Both teams wore light blue shoelaces, the color that signifies autism awareness.

Last November, freshman center Kalin Bennett scored his first basket as a Golden Flash. Bennett is believed to be the first true freshman diagnosed with autism to sign a national letter of intent to play Division I men’s basketball. In December 2019, Kent State hosted a sensory-friendly basketball game that featured a game experience altered to accommodate guests with sensory issues, helping to further autism awareness and education.

In addition to the School of Fashion, Under Armour, and KSU Athletics, many university departments came together to make the event possible including the University Communications and Marketing team, the Kent State men's basketball team, the Kent State Division of Diversity, Equity and Inclusion, Student Accessibility Services, Autism Connections Kent, DREAM (Disability Rights, Education, Activism and Mentoring) and Alpha Xi Delta. Additionally, local non-profit autism awareness societies also partnered with the event including Autism Society of Greater Akron, the Autism Society of Greater Cleveland and ASPIES of Greater Akron.

Fifty percent of the ticket sales from the game were donated to autism awareness organizations. M.A.C. Center staff members were trained by KultureCity to be sensory inclusive for everyone in attendance that evening. Sensory bags were distributed that included noise-canceling headphones and fidget toys. These sensory bags will now be available for distribution at every M.A.C. Center event.