Live Chat
Students from team "Atlantis" working on their final project during the 2019 Fashion/Tech Hackathon. Photo by Ty Wright.

Fashion and Technology Merge Once Again During the Sixth Annual Fashion/Tech Hackathon.

Students from the United States and Canada gathered in The Kent State Fashion School’s Rockwell Hall from Jan. 25 to Jan. 27 for a 36-hour marathon-style competition aimed at creating fashionable wearable technology. During the sixth-annual event, 129 students from over 35 universities participated to win a portion of the $4,100 in prizes.

Presented in partnership with the Fashion School’s TechStyleLAB and Kent State LaunchNET, the Hackathon is a cross-curricular event that gives students the ability to learn new skills and create innovative wearable technology that will help redefine the future of fashion. Throughout the event, teams of one to five students spend 36 hours developing a project of their choice in the form of a technology-enhanced garment or wearable-responsive web application. The entire project must be created during the 36-hour allotted time. 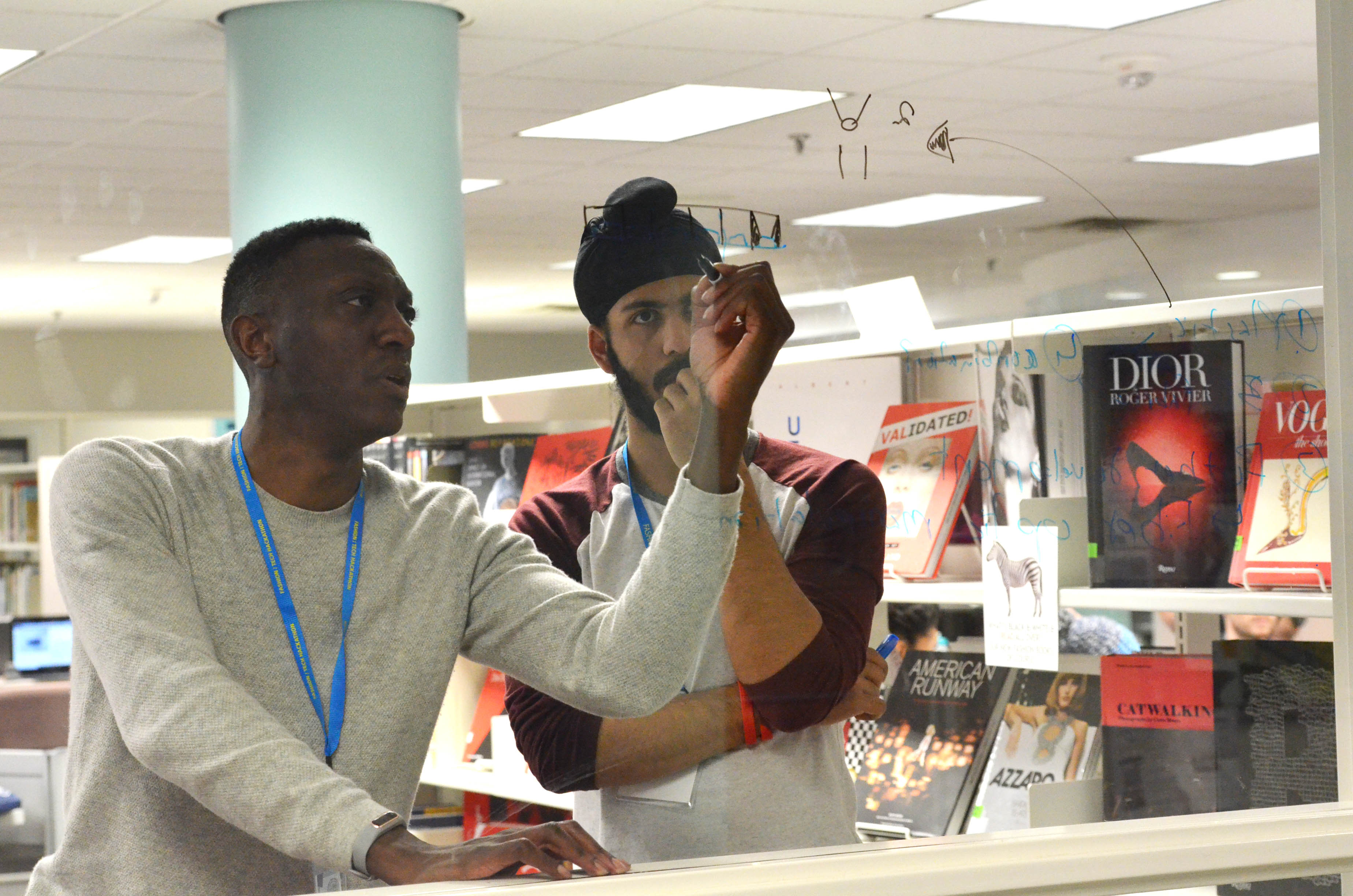 The event kicked off on Friday at 5 p.m. with an opening info session and 30 minutes of team-building “speed networking”, allowing participants the opportunity to connect with potential teammates. Students were then treated to a “make your own fajita” bar before the hacking marathon kicked off at 8 p.m.

Throughout the weekend, students were provided free meals, comfortable sleeping arrangements, and periods of “free-time” for stress-free breaks outside of the hacking. On Saturday evening, participants headed over to the KSU Rec Center for swimming and recreation time.

Teams were given free access to the TechStyleLAB, the Fashion School’s digital textile fabrication space, along with a variety of free electronic and textile materials. Participants also had access to 3D printing in the Kent Spark Innovation Studio and the Fashion School Library, allowing many teams the opportunity to bring their projects to life. Faculty mentors and volunteers were on-hand throughout the weekend to assist the students with any issues or questions that arose during the event.

The Hackathon featured several workshops that were open to the public which included coding for high school students (hosted by KSU computer science student organization HACKSU), intros to knitting, sewing and patternmaking, and a workshop discussing an introduction to Raspberry Pi. 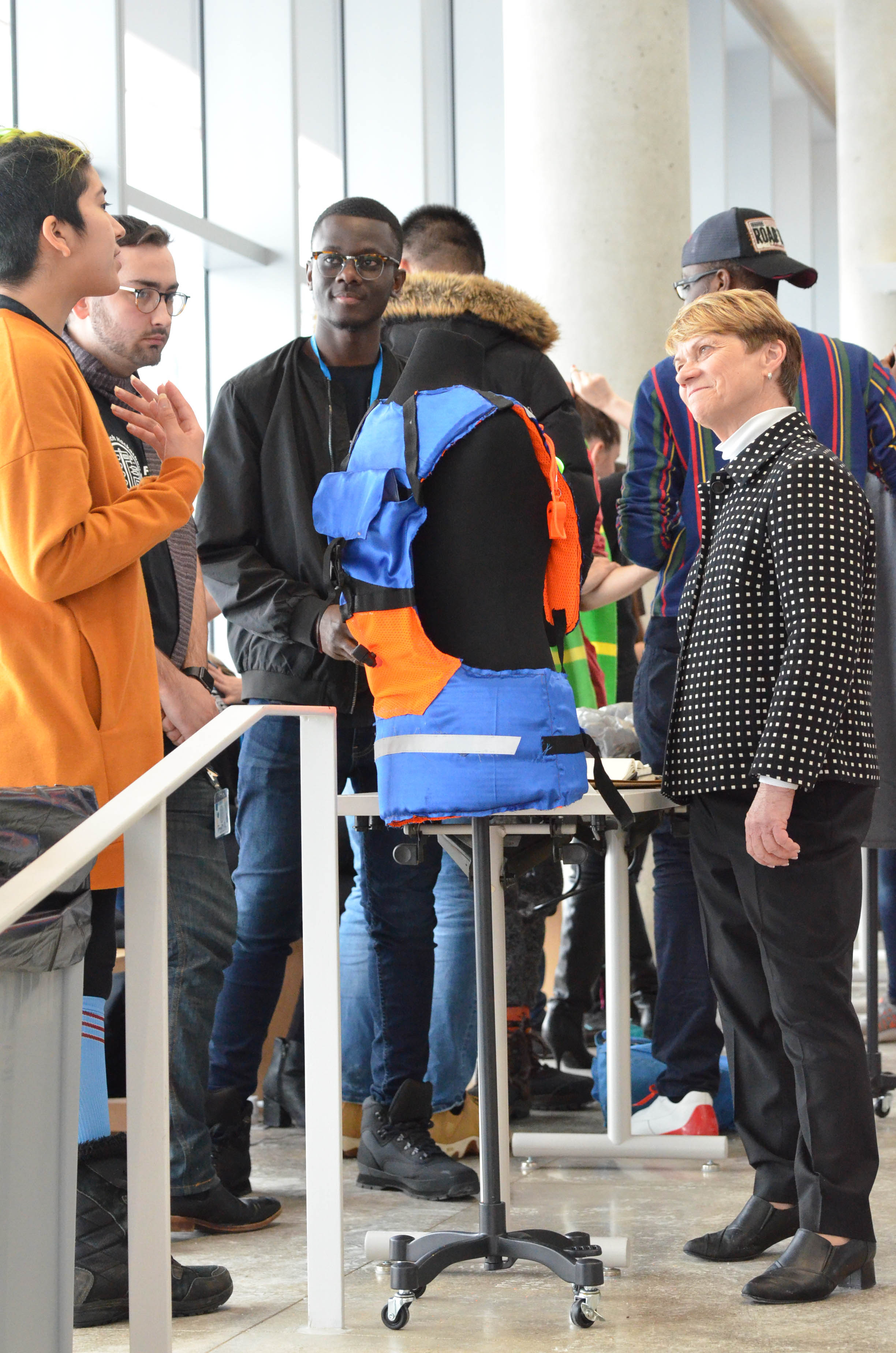 The event wrapped on Sunday morning in the KSU College of Architecture and Environmental Design where each of the 30 student teams presented their creations to a panel of Hackathon judges and members of the Kent community. Kent State University President, Beverly J. Warren Ph.D, made a special appearance at the Hackathon and met with each team to learn about their final designs.

Winners were chosen in five categories with a total of nine teams walking away with a share of the prizes. Teams entered themselves to be judged in three categories: Most Visually/Aesthetically Compelling, Best Implementation/Creation of Wearable Tech to Solve a Problem, Best Concept that Addresses User/Customer Experience and Most Market/Venture Potential. The Fashion School Store (FSStore) also provided an award to two teams. All teams were automatically entered into the Most Market/Venture Potential category, an award given to the four teams that show the most market potential.

The Fashion School Store Award was given to the team “Lutzurious Designs” composed of students Sabrina Adjiri, Alysha Parkhurst, Jill Eddy and Jiahe SiqiWei, and the team “October” by Meg Lawhorn. Each winning team was awarded a $50 FSStore gift certificate and a free sweatshirt from the store. "Lutzurious Designs" is a design company that focuses on integrating STEM into performance gear for ice-skating. Customers can choose pre-made designs or create their own 3D printed option on their website with customizable options such as colors and tech accessories (like LED lights). "October" is an adaptable scarf that truns into a skirt overlay, allowing the wearer to quickly change into a "new" outfit for those who are on the go. 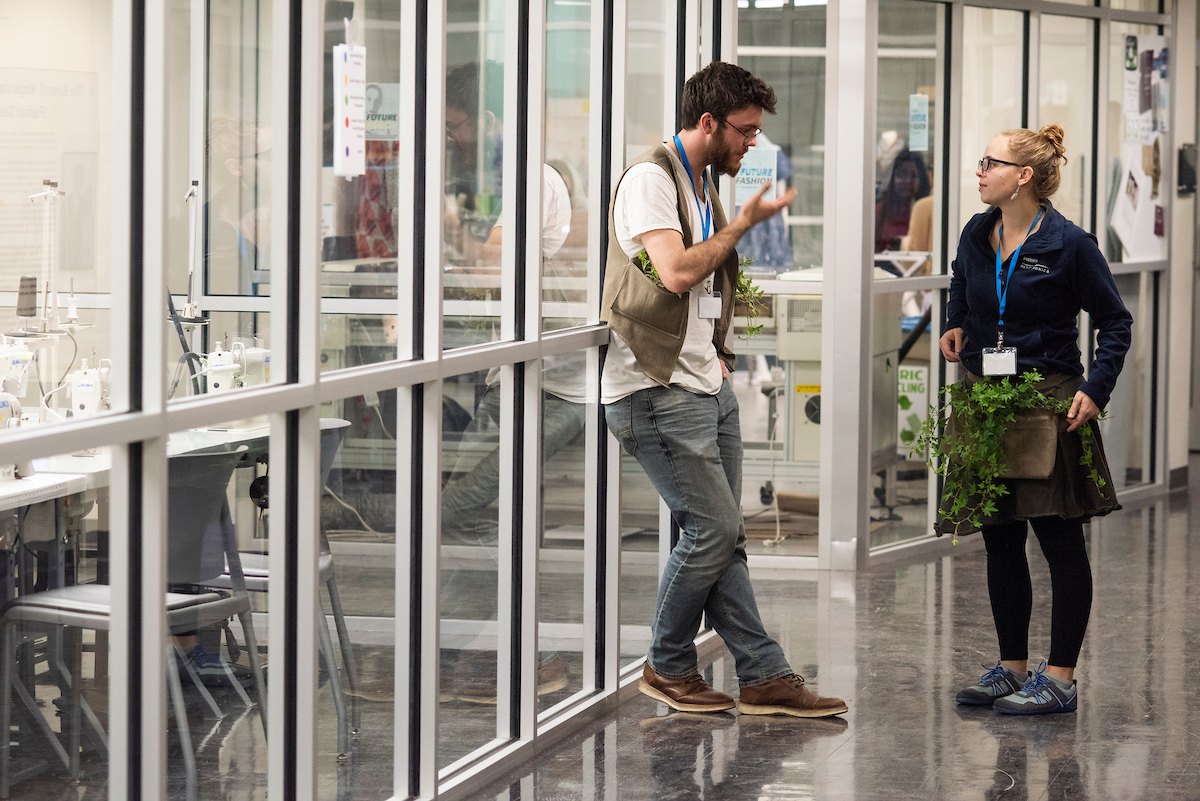 Team “Life Jacket” made up of students Sidney Cannon-Baily and Jay Maier, walked away with the $1,000 award for the Most Visually/Aesthetically Compelling creation. Their design incorporated plants into wearable vests to help provide a sense of calm to the wearer, while also helping promote environment protection awareness to others.

Students Sage Dye, Matthew Erdmann, Tyler Baratz and Mira Hoo of team “Cyclone” were awarded $1,000 for winning the Best Implementation/Creation of Wearable Tech to Solve a Problem category. Their final project was a cycling jersey with built-in airbags to help cyclists protect their body and internal organs.

Team “Shine”, compiled of students Nigel Joseph and Hark Khurana, won the $1,000 award for Best Concept that Addresses User Customer Experience for their wearable watch that tracks oxygen levels in the blood of people with darker pigmentations or tatoos.

The Fashion/Tech Hackathon would not be possible without the many sponsors that help support this event. The School would like to thank: The Burton D. Morgan Foundation, STOLL, the TechStyleLAB, LaunchNET, the FSStore, the KSU Design Innovation Group, Spark Innovation Studio, MISCO, Priority Designs, Kohl’s, FSO Fashion Student Organization, DREW, InnovaKnits, New Balance, HYPE, HACKSU, Tiny Circuits, the KSU School of Digital Science, the KSU College of Architecture and Environment design, the KSU College of the Arts and the KSU Department of Recreation Services. 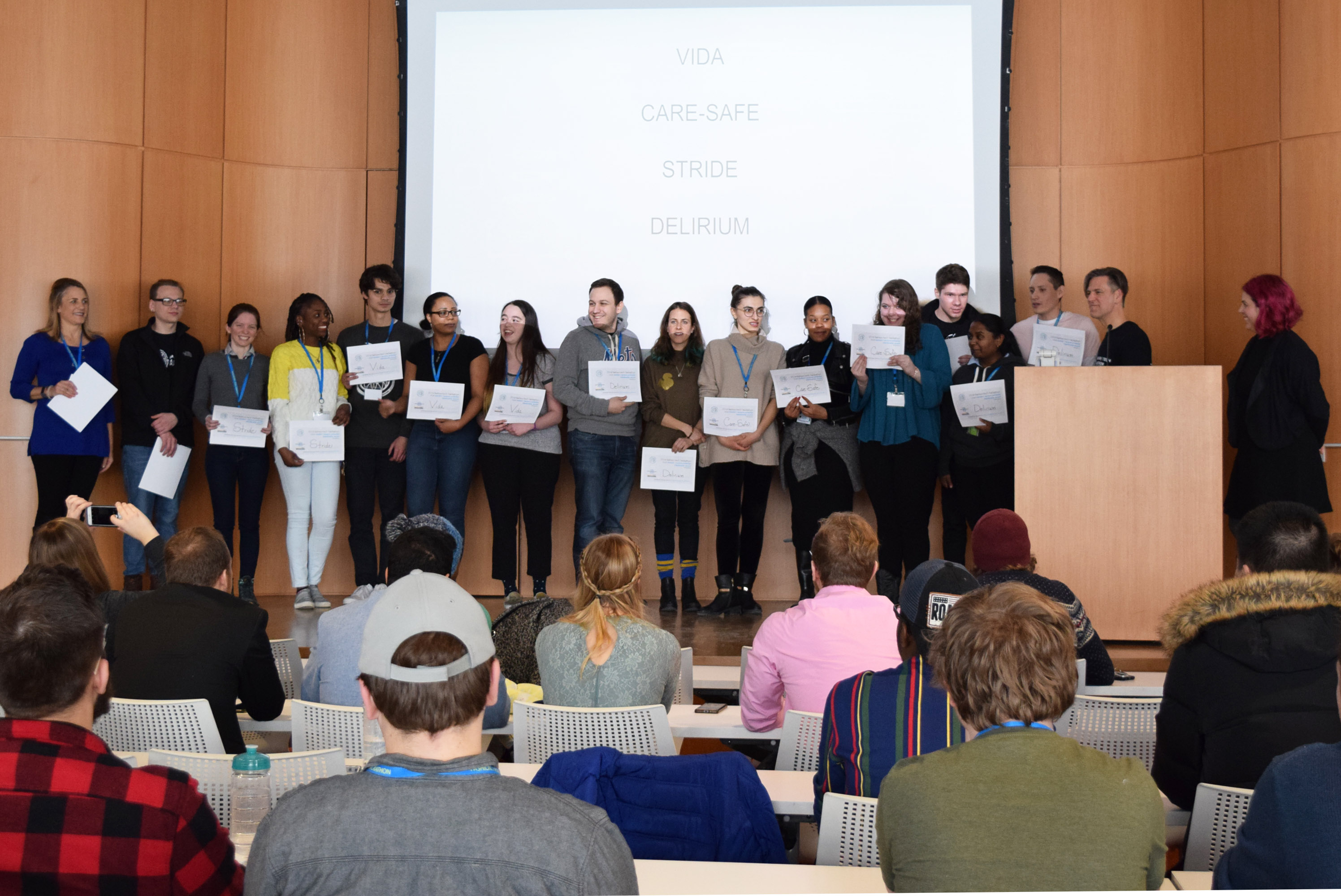 Banner image: Students from team "Atlantis" working on their final project during the 2019 Fashion/Tech Hackathon. Photo by Ty Wright.

Image 3: Members from team winning "Shine" drawing their design concept in the early stages of the 2019 Hackathon. Photo by Brittani Peterson.

Image 5: Students from winning team "Life Jacket" taking a break from hacking during the 2019 Fashion/Tech Hackathon. Photo by Ty Wright.

Image 6: Winners of the Most Market/Venture Potential award on stage during the Hackathon awards ceremony on Sunday, Jan. 27, 2019. Photo by Chanjuan Chen.