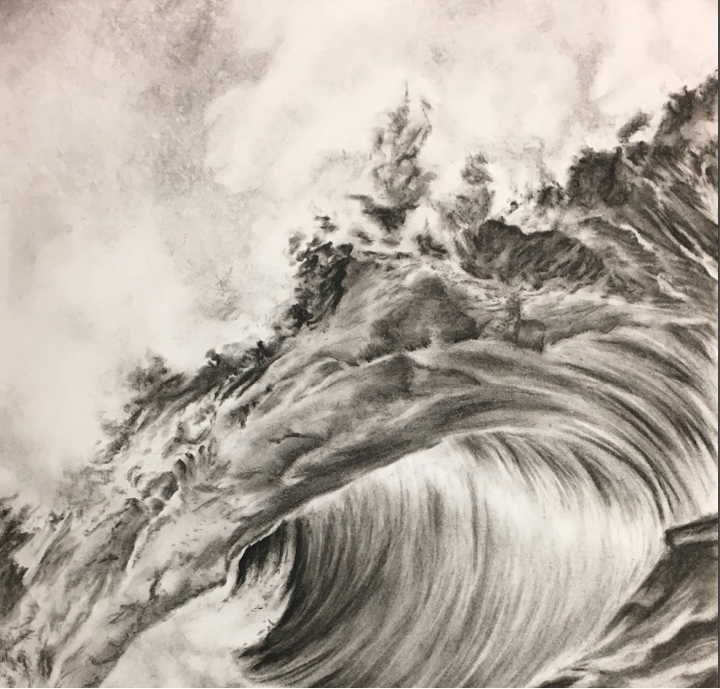 Created and sponsored by the College of the Arts at Kent State, the competition accepts works of art from all undergraduate student artists on Kent’s campus, regardless of their major or experience. Students can submit up to three original works in any medium.

The submissions are then juried and chosen by an acclaimed artist. This year, Glenn Adamson, a curator, writer and historian who is currently the Senior Scholar at the Yale Center for British Art, was chosen as the juror. Adamson has previously been Director of the Museum of Arts and Design; Head of Research at the V&A; and Curator at the Chipstone Foundation in Milwaukee. Adamson's publications include: Thinking Through Craft (2007); The Craft Reader (2010);Postmodernism: Style and Subversion(2011, co-edited with Jane Pavitt); The Invention of Craft (2013); and Art in the Making (2016, co-authored with Julia Bryan-Wilson).  His book Fewer Better Things: The Hidden Wisdom of Objects was published by Bloomsbury in 2018. Most recently he has completed a biographical study of the artist Lenore Tawney, included in the John Michael Kohler Art Center’s exhibition catalog Lenore Tawney: Mirror of the Universe. To learn more about Adamson, visit his website.

After the jurying is complete, the top 25 finalists are then chosen and displayed in an exhibit at the Kent State School of Art'sDowntown Gallery (141 East Main Street), which kicks off with an award ceremony on the opening night in the gallery. This year, due to concerns surrounding the coronavirus (COVID-19) the KSU Downtown gallery has been closed for the remainder of the semester, following the university’s protocol. The winners of the contest were announced during a livestream on the KSU College of the Arts Facebook page on March 20, hosted by College of Arts Marketing Director, Effie Tsengas.