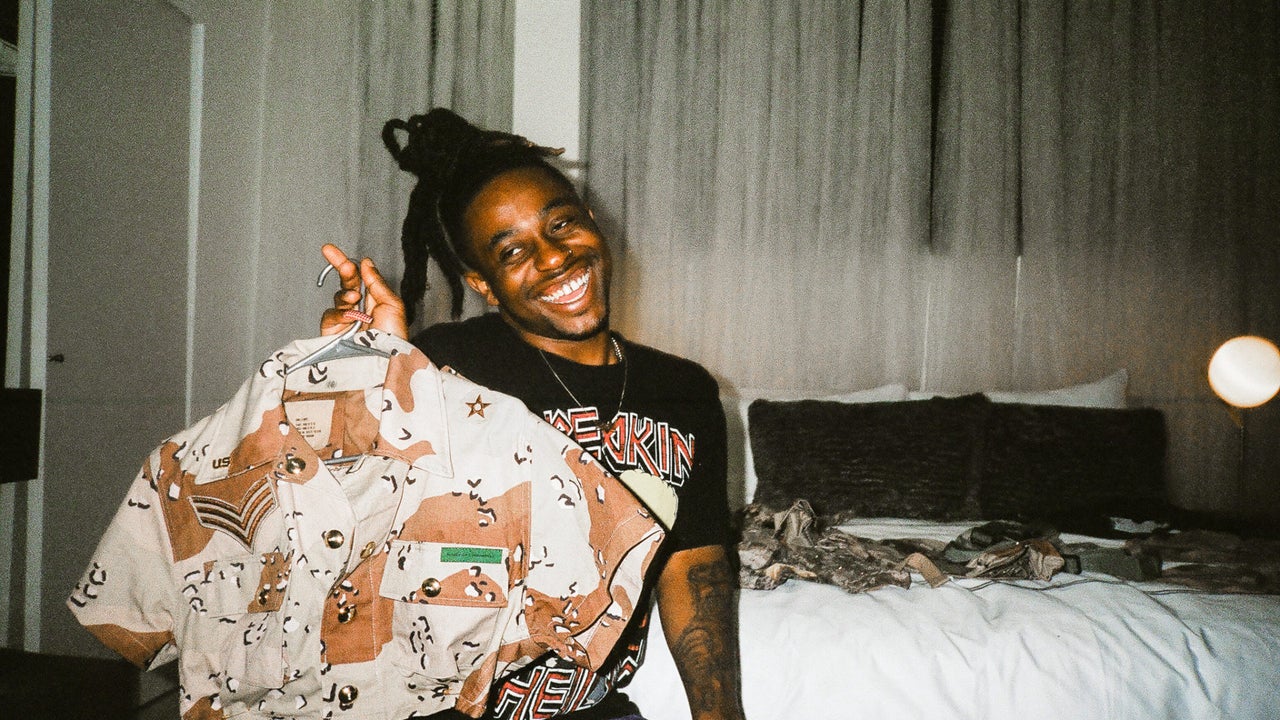 With only two college classes remaining for his fashion merchandising degree from the Kent State University School of Fashion, senior Todd White is already having a fashion career that many dream of.

A native of Cincinnati, White currently owns and operates Fashion Huas, a fashion collective and styling company based in Kent, Ohio. Fashion Haus allows Kent State students and Ohio creatives to take their careers into their own hands by completing photo shoots to build their portfolio, collaborating on designs and hosting Cleveland mixers to network. “I want to give back in the sense of doing something for Ohio. That’s my biggest thing right now,” White told Cleveland Magazine. “Jobs come and go, but I’m trying to do something more for my brand and intertwine that with Ohio. That’s the next big thing.”

Since launching his business in 2018, White has already landed several big-name clients. He reached out to rapper Megan Thee Stallion via a direct message on Instagram while the “Hot Girl Summer” star was still rising in the industry in 2018. After White heard her Tina Snow EP, he quickly envisioned a look for the rap star and pitched it to her through the social platform.

White worked exclusively as Megan’s stylist for one year, travelling the world with her, as the rapper’s career took off. The two have since parted ways, but still remain close friends to this day and even refer to each other as family White told Essence magazine.

Through working with Megan Thee Stallion, more opportunities opened for White and he has since styled stars for the Grammy’s and was part of the launch of Beyonce’s Ivy Park fashion line. He currently splits his time between Northeast Ohio and Los Angeles, where he is helping rising rap and R&B artists Coi LeRay and Paloma Ford boost their styles and careers, while also balancing his academic career.

White always knew he wanted to be a celebrity stylist from an early age and knew he did not want to wait until after graduation to launch his career. “I feel like to get the most out of my college experience I should be building my career at the same time I’m chasing my degree,” White told Akron-based online publication, The Devil Strip.

He credits Kent State Fashion for providing him with the tools and knowledge to start his career while simultaneously finishing his degree. He was inspired after he took a fashion visuals class and technology class at Kent State during his freshmen year, while also working as a stylist in several fashion shows on campus. “I feel like it has helped and prepared me with things I’ve been doing within the past year,” said White. “If I didn’t do those things, I would be lost and not have a clear understanding of what I should be doing for my job.”

Todd White poses during Essence shoot in 2019. Photo by Tamara May, courtesy of Essence.