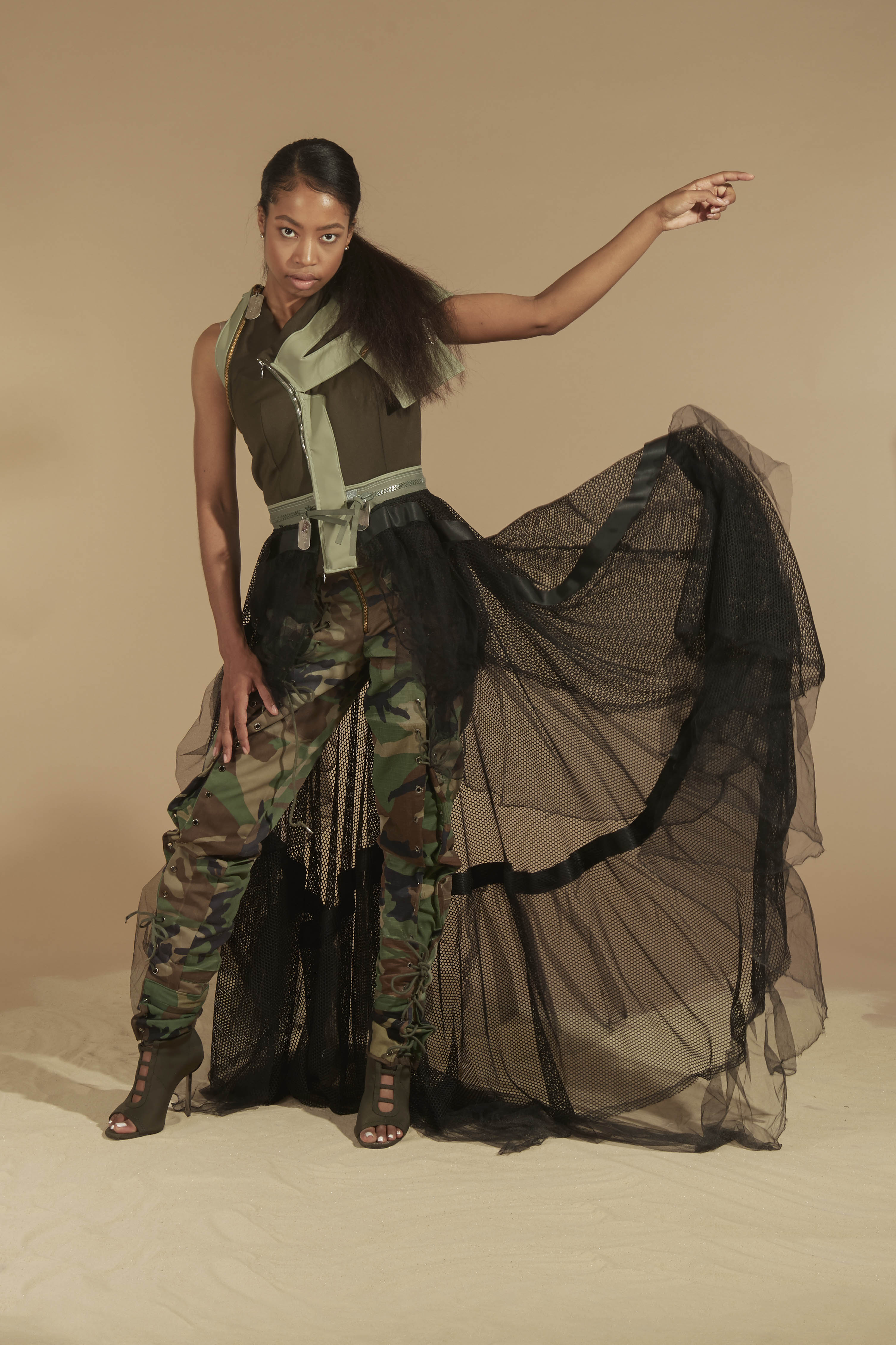 It has been an exciting few weeks for Isabella Diorio. On top of winning the coveted “Best in Show” award during the Kent State University School of Fashion’s Annual Fashion Show, and recently graduating with her Bachelor of Fine Arts in early May, she was just announced as the only finalist from the United States to compete in 2020 iD International Emerging Designer Awards in Dunedin, New Zealand.

Diorio is one of just 33 designers from 14 countries chosen to compete in the competition. Finalists were narrowed down from over 150 applications and were assessed by an all-star lineup of New Zealand designers. This is not the first time Kent State Fashion has been represented in the competition. In 2019, fashion design alumna Cassandra Casas Rojas took home the “Free to Be Me Award” during the award ceremony.

I'm incredibly honored to have been chosen as a finalist," expressed Diorio.  I'm excited for more people to see my work and to hear the message that accompanies it. It's even more exciting that it's on an international level. Everything that has happened and that continues to happen with this collection is so unexpected, and I'm at a point where I don't have words to express how happy I feel."

The iD International Emerging Designer Awards is an annual event that showcases emerging fashion from young designers around the globe. Now in its 16th year, the iD International Emerging Designer Awards, in partnership with Otago Polytechnic will become a virtual experience for the first time, prompted by the spread of COVID-19. In previous years, finalists traveled to Dunedin for the show. This year, the Board of iD Dunedin Inc. identified early that international travel would be an issue and in early March, they started working on a virtual award show experience that will highlight the work of each designer. Each of the finalists has contributed to the show, filming their own video – many from lockdown – for inclusion in the show. Designers’ garments will be assessed virtually by an international all-star lineup of fashion industry professionals from around the globe. Fashion lovers will also have the opportunity to be a judge in the People’s Choice online vote which will be held over two weeks while the finalists’ video is showcased online.

Diorio’s collection, “F.E.T. (Female Engagement Team)” which won “Best in Show” during the School’s virtual Fashion Show 2.0 in April, is a sustainable womenswear collection targeted for women with  “a little bit of an edge.” She was inspired to create the collection after reading an article about  female veterans becoming the fastest-growing  segment in the homeless population. "This was off-putting to say the least, because I have a lot of friends and family who have served or who are now serving in the armed forces, and I couldn't imagine them being in that situation," said Diorio.

Diorio started researching the current status of women in the military and found that until 2011, female service members did not receive properly fitted uniforms. After a thrift shopping trip in New York City, she came up with the idea to use upcycled military uniforms to create the garments, intending to maintain traditional domestic production that is currently used for military uniforms. With the help of other sustainably sourced materials, she created an environmentally-friendly collection, using the elements as the basis for the theme of strength without compromised femininity, that is represented throughout her collection. “I find it important for the pieces I make to send a message,” expressed Diorio. “I feel people are more connected to their clothing when they identify with the story behind it.”

Her collection will be shown in the awards video that will play at Otago Museum throughout May 2020.  The winners will be announced at a special one-off iD event on Friday, August 7, 2020.

Dundein is hosting the world premier of the iD International Emerging Design Awards 2020 video via a paid virtual ticketing service. Ticket holders will be the first in the world to see the 2020 Awards show, featuring video shot by finalists in their bedrooms, hallways and parks during lockdown. The price to virtually attend is $92 per person ($89 ticket + $3 fee). More information about tickets and viewing the show can be found on the Dunedin ticketing website.

All images are looks from Isabella Diorio's collection "F.E.T." All photos by Emily Warfield.