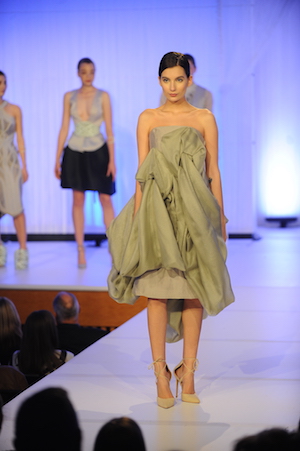 The Fashion School at Kent State University presented the 34th annual fashion show at Rockwell Hall on April 29 and 30, 2016. Here are just a few notable facts about this year's show, "FS²: Crescendo":

The show comprised 18 collections and 93 individual looks, all created by student designers. The work spanned casualwear, eveningwear, sportswear and children’s wear, with a special category for sustainable design. An outside panel of industry critics and jurors selected the work to appear in the show.

A total of $12,000 in awards was presented to the student designers who created the winning collections and looks. The “Best in Show” award ($1,500) went to senior Kara Kroeger, who will also represent Kent State University at the Supima Design Competition during New York Fashion Week in September. (See below for the complete list of award winners.) 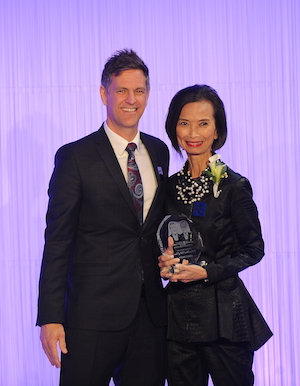 Initially displayed in the school’s Fashion Library during “Crescendo,” portfolios by graduating design and merchandising students will be shown at an upcoming industry portfolio showcase in New York. The annual event, hosted by the Fashion School’s NYC Studio, offers graduating seniors a chance to network with industry leaders and Fashion School alumni.

Several little black dresses (“LBDs”) seen on the runway during “Crescendo” are available for purchase in a variety of sizes at the Fashion School Store, located in downtown Kent.