Live Chat
Will Riddle works on his Supima collection in the Kent Fashion Design Studio in 2013. (Photo by Bob Christy, Kent State University) 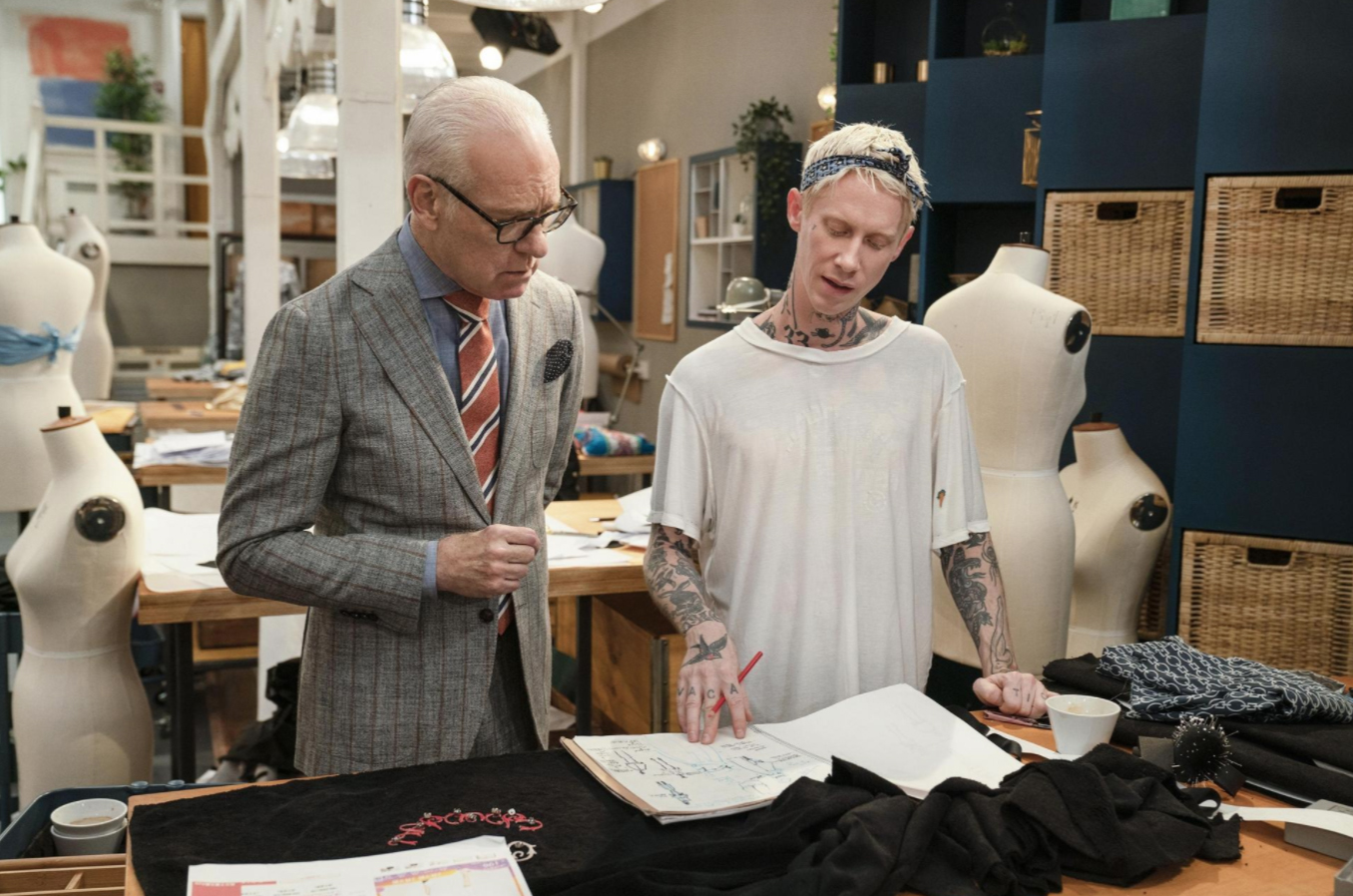 It is rare to have two contestants from the same alma mater competing on the same season of a reality show, but that is exactly what viewers saw during the March 27 premier of Amazon Prime's new original fashion design competition series, "Making the Cut."

Kent State University School of Fashion alumni Joshua Hupper and Will Riddle are both featured contestants on the new series hosted and produced by fashion gurus Heidi Klum and Tim Gunn. Hupper, a 2004 alumnus, and Riddle, a 2013 alumnus, both majored in fashion design and have had significant roles in the industry since graduating. They are two of just 12 contestants from all over the globe to be featured on the 10-episode series.

Since graduating in 2004 with a Bachelor of Arts (B.A.) degree, Hupper resides in Shanghai, China, where he founded the brand BABYGHOST, a successful e-commerce fashion brand based in China. His designs have been featured in Vogue and on runways around the world. His line features youthful, feminine ready-to-wear fashions for the “mischievous girl.” Originally from Columbus, Ohio, Hupper’s talents were shaped by his artistic upbringing and his past experiences in internships with Diane Von Furstenberg and Thakoon.

Riddle, a native of Paris, Ohio, currently resides in New York City and serves as the men's product development manager at KITH. As a student, he received his Bachelor of Fine Arts (B.F.A.) degree and was chosen as Kent State's representative for the Supima Design Competition in 2013. He has since gone on to have a successful career in the industry, previously serving as Atelier Director at Oscar de la Renta and with Lim. His designs are described as "a modern take on old glamour."

Throughout the competition, contestants will travel to New York, Paris and Tokyo, and will be presented with weekly challenges and assignments to test not only their design skills, but their ability to excel in all areas of fashion. There will be two episodes each week, culminating in the finale on April 24. Users who do not "make the cut" will be eliminated weekly.

Some of the biggest names in fashion will serve as judges throughout the competition, including Naomi Campbell, Nicole Richie, Joseph Altuzarra, Carine Roitfeld and Chiara Ferragni.

While it shares some similarities with the popular fan-favorite "Project Runway," "Making the Cut" features designers with already established careers, unlike its predecessor. Additionally,  the show will debut a relatively new concept as being a “shoppable series.” Limited editions of the winning looks from each episode will be available to purchase on Amazon's "Making the Cut" online store, immediately following the episode’s release. The winning designer of the competition will receive $1 million to invest in their brand and the opportunity to create an exclusive line available on Amazon.

Be sure to tune in to Amazon Prime every week to follow Hupper and Riddle's journey throughout the competition!

View the series trailer on Amazon