Skip to main content
Live Chat
The crew at Kent State’s Costume Shop are hard at work creating costumes for Porthouse Theatre’s production of “9 to 5.” 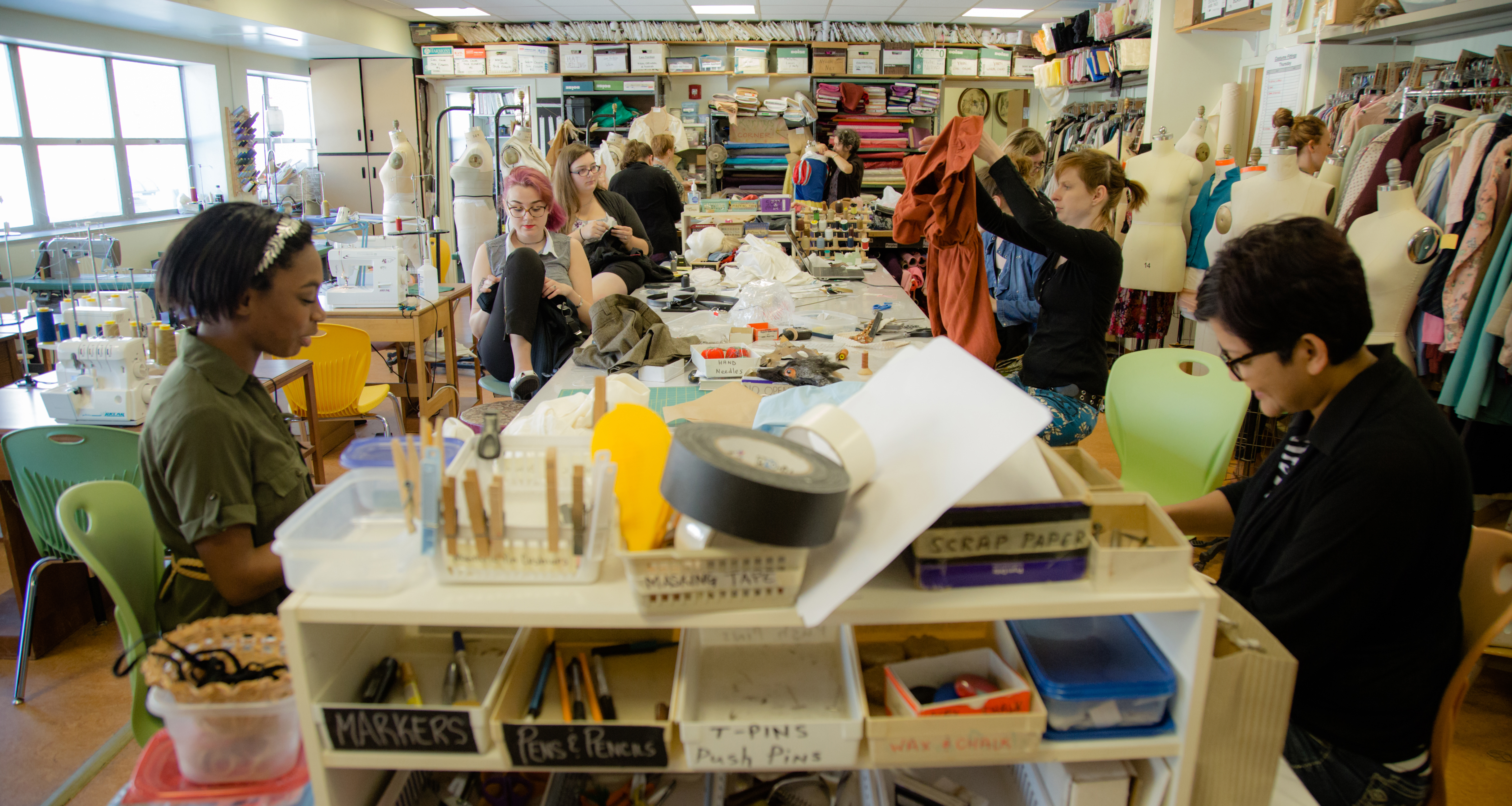 A sketch of costumes designed by Kerry McCarthy, BA ’13, MFA ’16, for the production “9 to 5.” In the play, three female coworkers craft a plan to get even with their sexist, egotistical boss. 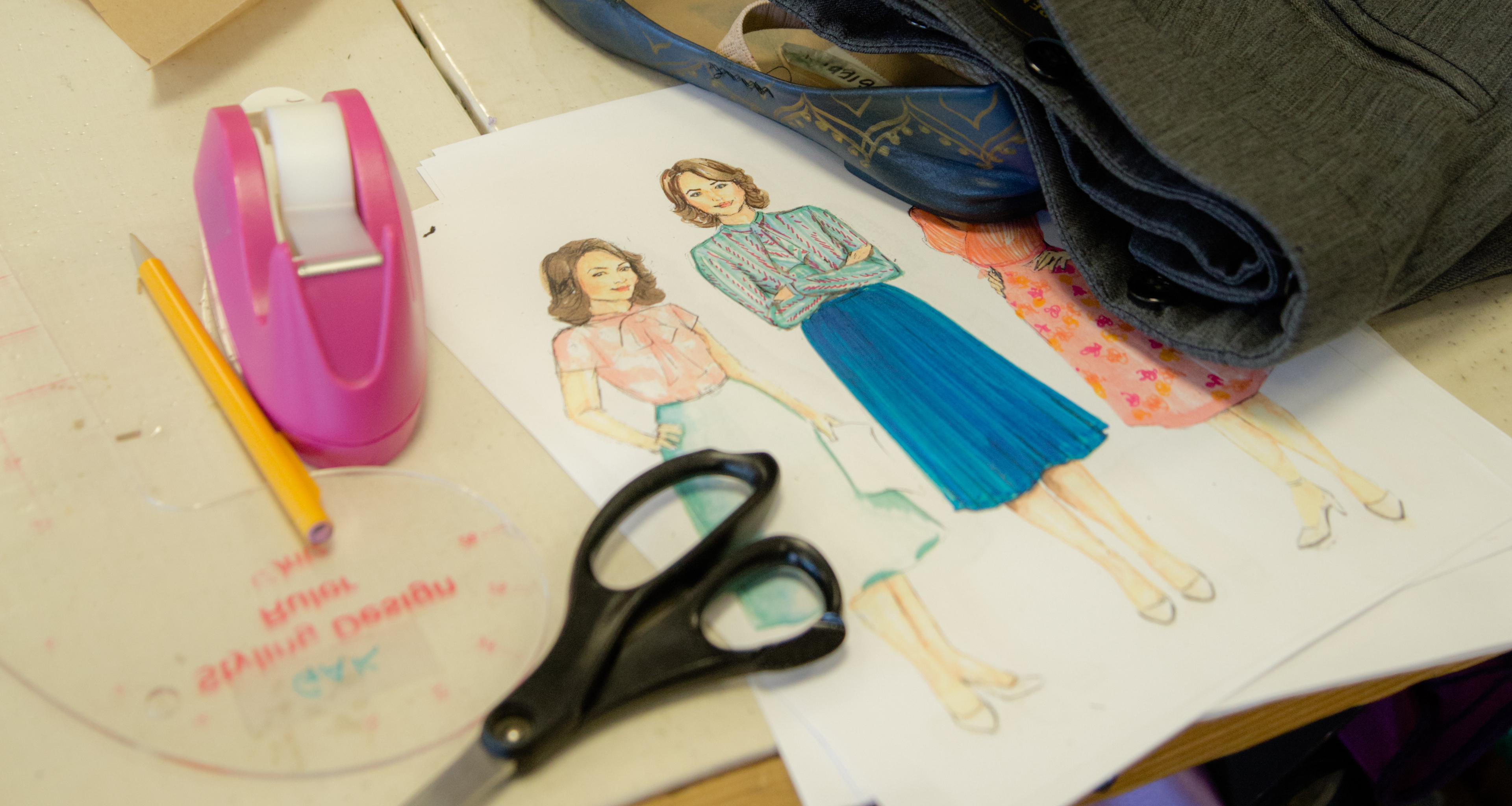 Brittney Harrell, a MFA candidate in costume design who plans to graduate in 2018, designed masks for 10 woodland animals in the Snow-White-themed fantasy sequence of “9 to 5.” She’ll also be the costume designer for Porthouse Theatre’s production of “New 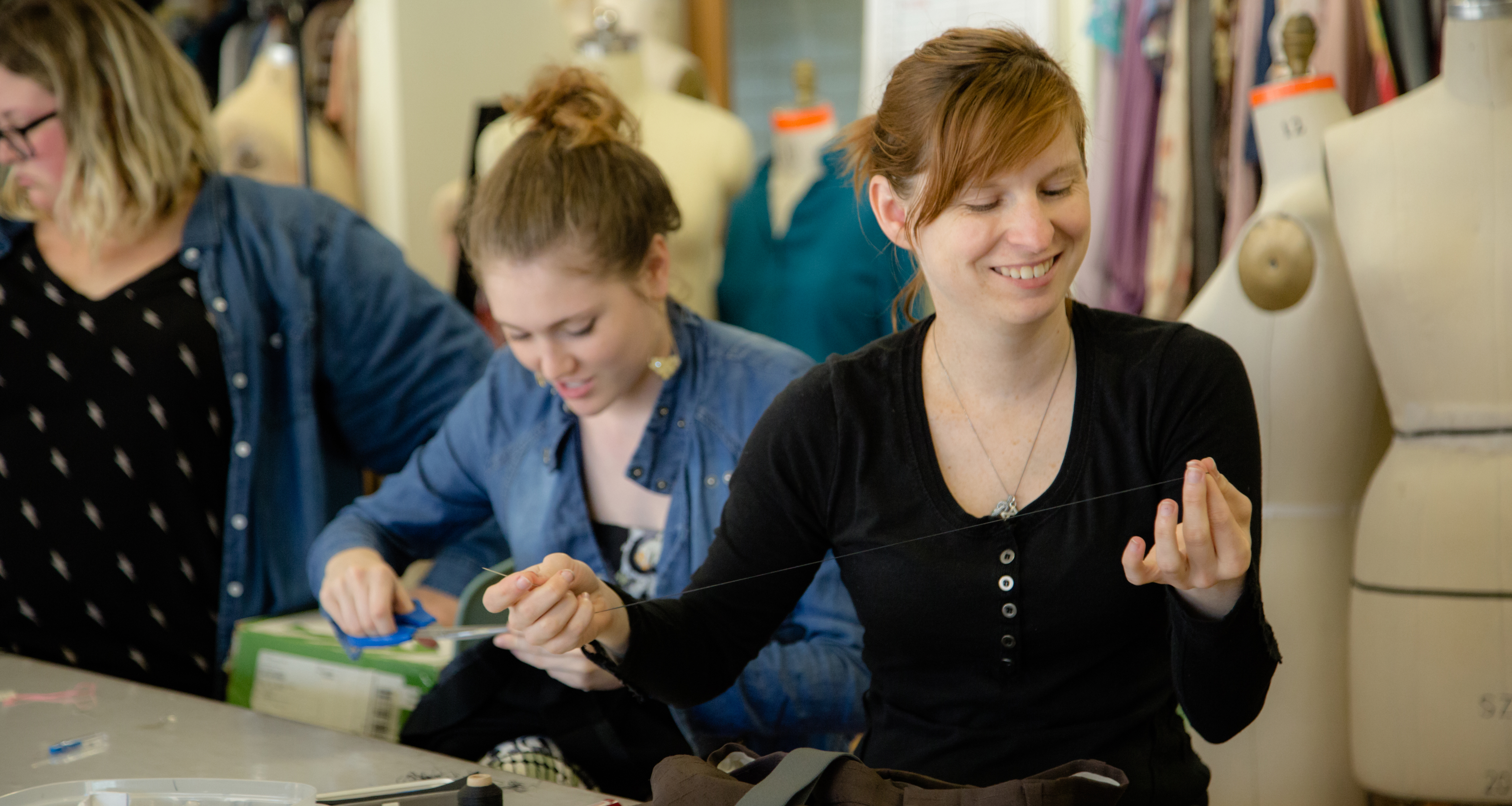 Madisyn Fluitt, design intern for the Porthouse Theatre and a rising senior majoring in costume design, stitches a costume for “9 to 5.” 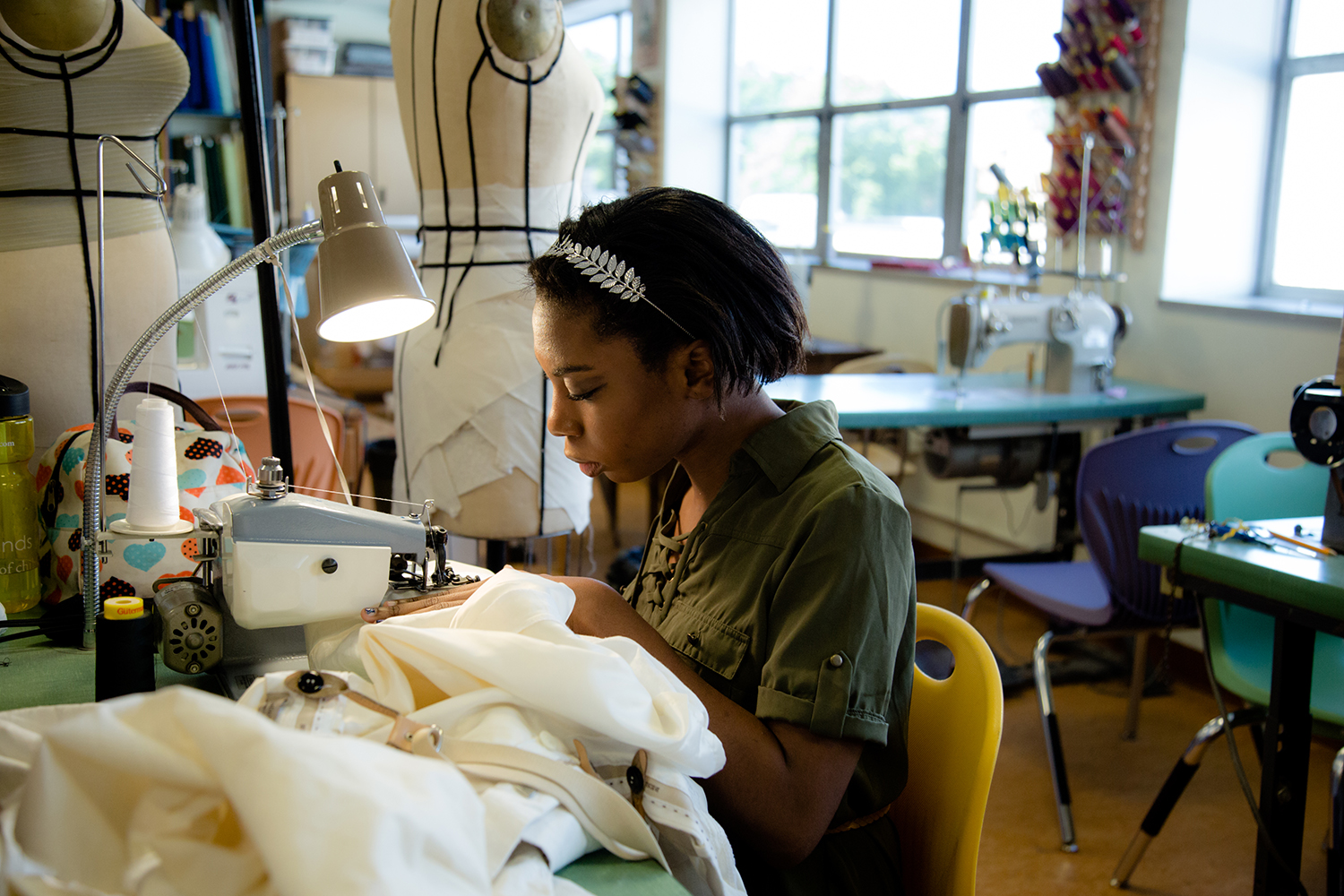 Suwatana Rockland, a first-year MFA candidate in the School of Theatre and Dance who also teaches Thai classical movement at Kent State, jokes with her co-workers. Originally from Thailand, her pad thai was a hit at the Costume Shop’s potluck. 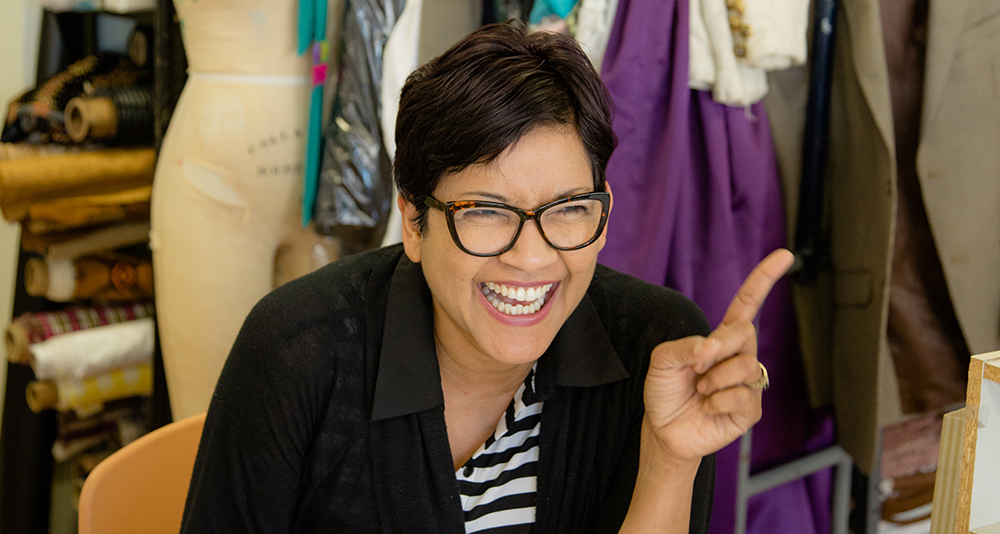 On a morning in early June, the Costume Shop at Kent State University’s Center for the Performing Arts was filled with sounds—sewing machines buzzing, radio blasting, women chattering and laughing.

With less than a week to go before Kent State’s Porthouse Theatre opened its 49th season with the musical “9 to 5”—based on the hit 1980 movie starring Dolly Parton, Lily Tomlin and Jane Fonda—members of the costume crew were working way more hours than 9 to 5 to meet their deadline.

“It’s a lot of clothes,” says Marti Coles, BA ’97, assistant costume shop manager. “Think of it this way: If there is a three-week period condensed into one play, then there are three weeks of clothes per person. And everything has to be labeled with each actor’s name—right down to the underwear.”

The costumes for this production—which include a gown for Snow White in one of the fantasy sequences—were designed by Kerry McCarthy, BA ’13, MFA ’16. Planning for a production starts six weeks out, at a minimum, and designers typically read the script many times to get a feel for the play before designing the costumes, then pulling clothes from stock, purchasing some and building others.

“I always say costume designers have split personalities because we carry all these people in our head,” Coles says. “We have to figure out how they’re going to look, how they’re going to move in each one of those outfits. And on top of that, you want the whole show to look cohesive.”

The show opened June 15 and runs through July 1.