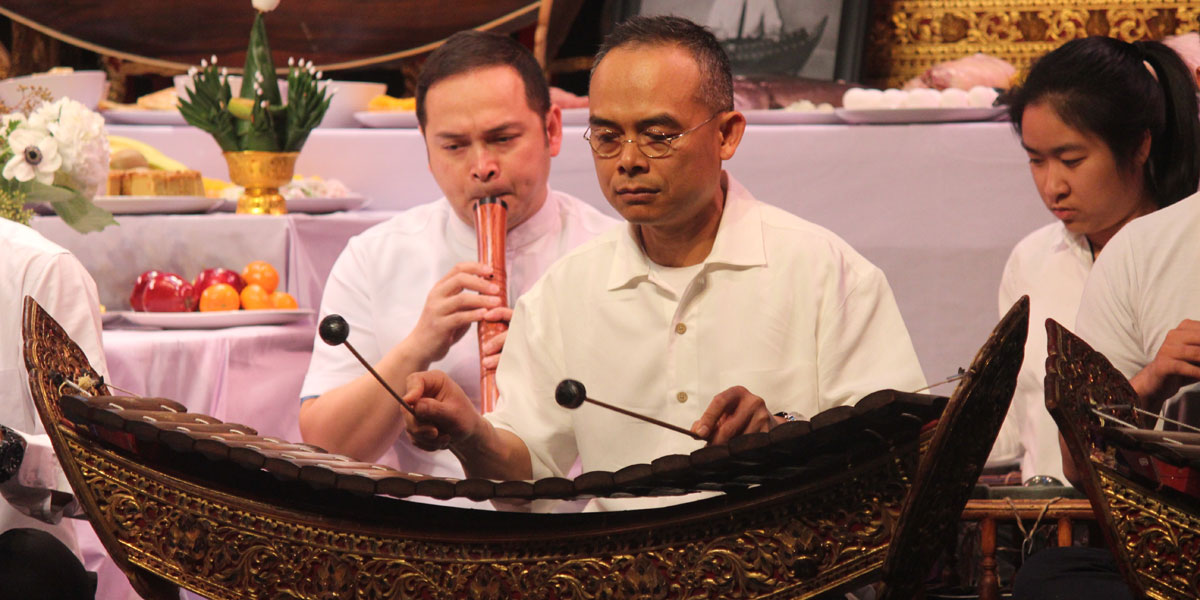 The sounds of Thai music echoed throughout the University of California, Los Angeles (UCLA) for a unique conference featuring the Kent State University Thai Ensemble and other musicians from around the nation. The conference celebrated the restoration of UCLA’s Thai music instrument collection donated in the 1960s by David Morton.

In addition to performing, students from Kent State’s Hugh A. Glauser School of Music experienced a world-class performance by house musicians of the National Theatre in Bangkok during a traditional wai khru ceremony. This ritual, meant to formalize the student-teacher relationship in Thailand, is rarely performed elsewhere and not on such a large scale as seen at the conference. With 15 pieces in total, it is a complex ritual where every piece of music and action has significance.

“It was truly an opportunity for our students to see the music they are learning performed at the highest level,” said Andrew Shahriari, associate professor of ethnomusicology in Kent State’s School of Music.

The performances and ceremony were live-streamed online through the Thai Consulate and also broadcast on national television stations in Thailand.