Live Chat
The new ARTshop is open for business in the Kent State Center for the Visual Arts.

Tucked into a windowed gallery overlooking the bustling intersection of the Esplanade at Terrace Drive, the new ARTshop, operated by the Kent State University School of Art, might be small in size but the thinking behind it is big-picture. 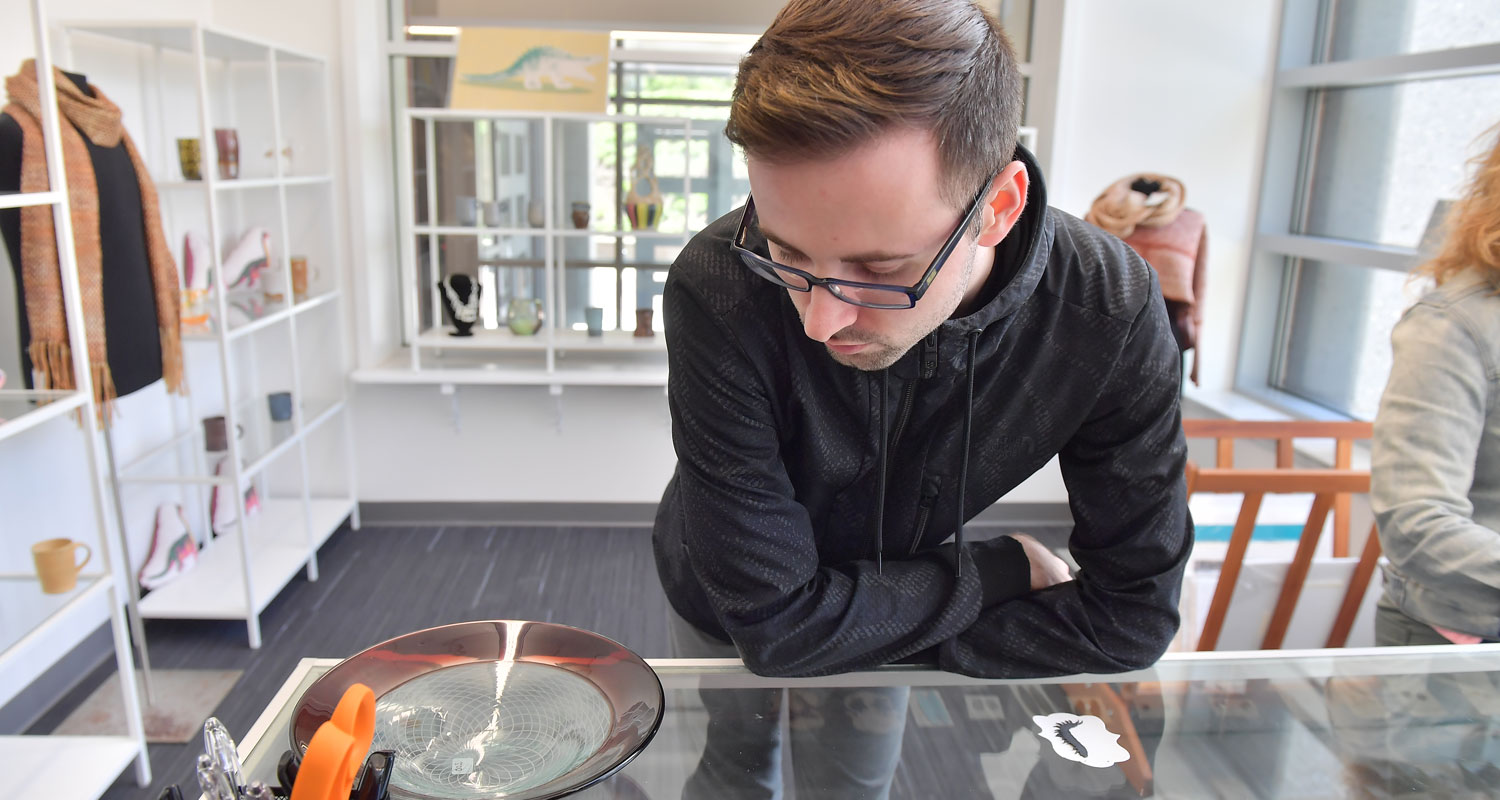 The store opened earlier this year in the Center for the Visual Arts as an entrepreneurial laboratory of sorts for School of Art students to display and to learn about promoting it for sale.

The approach gives students an edge in learning the business side of being an artist, said Michael Loderstedt, interim director for the School of Art.

“Students are so focused on making things, that the other parts of the conversation get lost,” Loderstedt said. “The store gets them thinking about marketing and audience. It’s good for them to see these things in practice.”

In addition to marketing themselves, students also learn how to market and run the ARTshop.  Students reap a generous 75 percent profit from sales of their own artwork and if they are willing to volunteer in the shop a couple of hours each week, 100 percent of those sales go right in their pockets, according to Loderstedt.

“It’s a really good opportunity for students to sell their work and get their feet wet,” said Danny Likar, one of the ARTshop’s coordinators and a School of Art alumnus. “They learn how to put themselves on consignment and price their work.”

The ARTshop is run and staffed solely by students, who create all of the artwork. 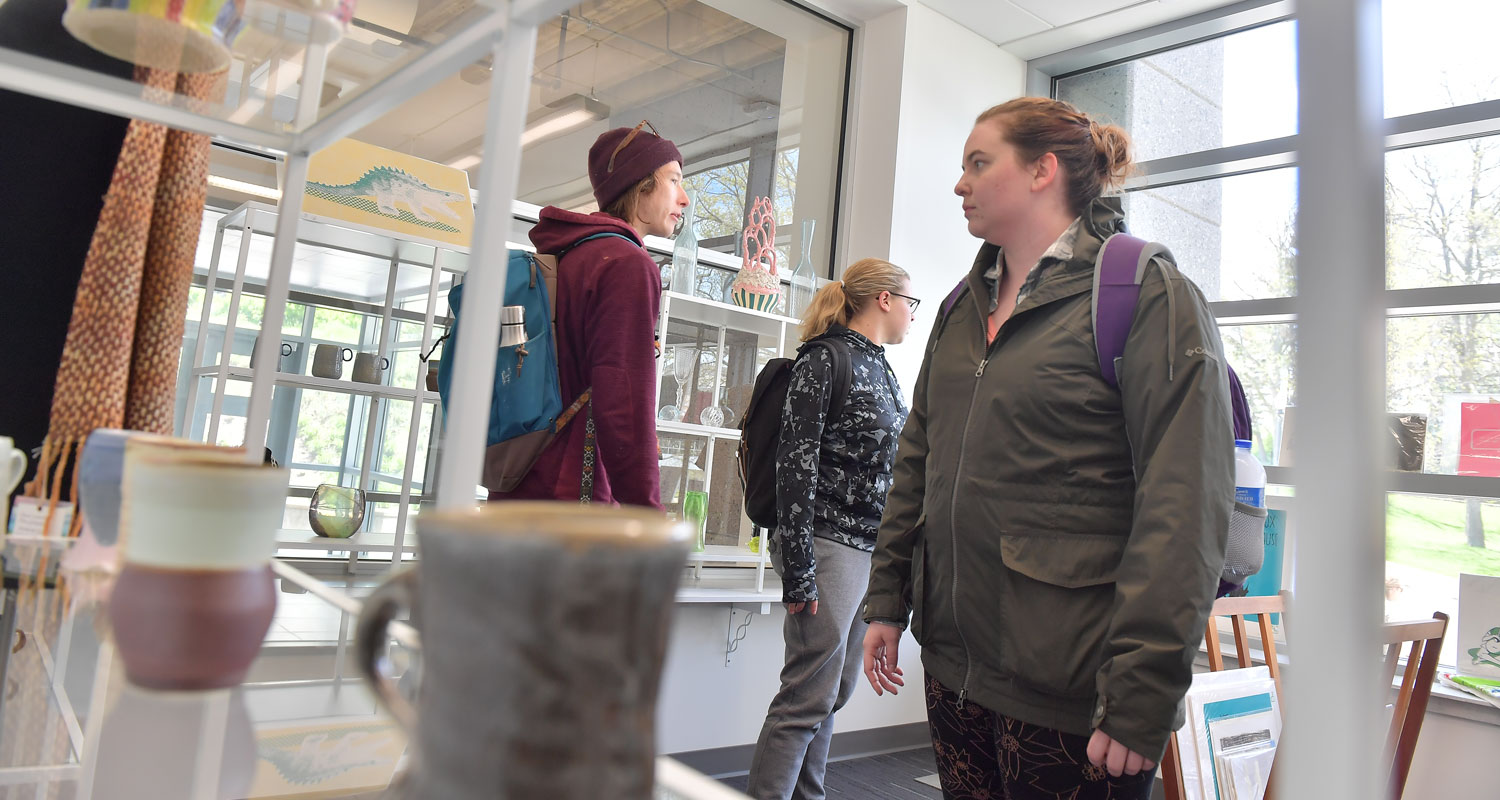 “We accept most student art work, and we don’t turn people away if they want to sell here,” Likar said. “We also give customers a variety of media to choose from.”

Indeed, the art on display reflects the many disciplines within the School of Art – prints, jewelry, textiles, ceramics and glass.

The concept of the ARTshop was inspired by Loderstedt’s work with the Downtown Gallery in Kent, which he co-founded and operated for a year in the late 1990s.

“It was quite an exciting venture,” Loderstedt said of the gallery, which still thrives in its downtown location. “It was a great way for students to make some capital from their art.”

Loderstedt felt that creating a similar concept on campus would work well and designed it as a way for students to forge better connections within the School of Art.

“Almost every art discipline has a student club affiliated with it,” explained Loderstedt. “We set it up so a student has to be a member of a club before offering up their work for retail sales.”

Likar said Kent State alumni can also sell their work in the store and points to the newly acquired neon ARTshop sign that hangs in the window, which was designed by Kent alumnus and local sculptor Dana Depew.

Store hours are 12-6 p.m. on Wednesdays and Thursdays.