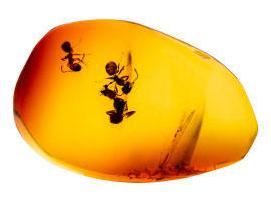 See how our graduates are using their degrees and catch up with old friends at the Geology Alumni website, maintained by KSU alumna Merida Keatts.

Awards and Scholarships for undergraduate majors and graduate students are announced every Spring at our Spring Banquet.  Please consider attending the Spring Banquet, usually held in April. Watch our website for date and location this Spring. 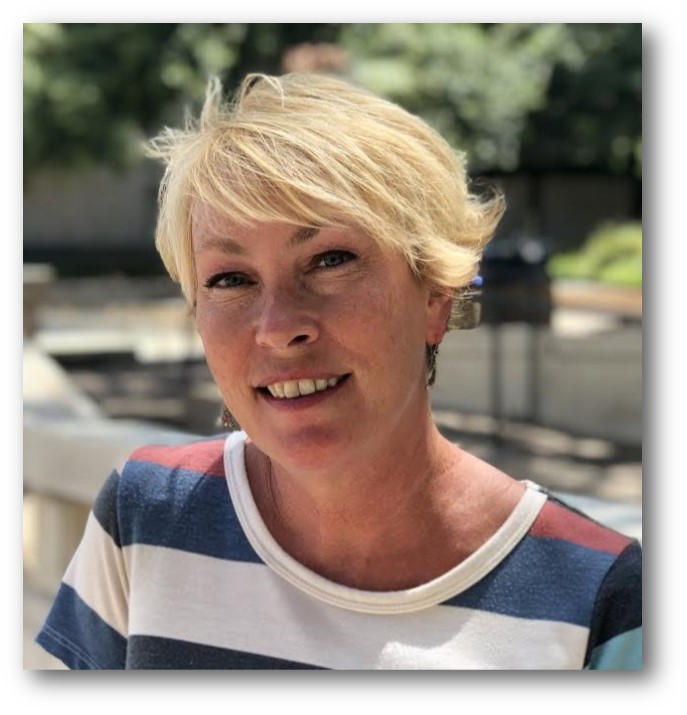 I came for the fashion, but stayed for the geology. Rather than pursue my childhood dream of becoming a paleontologist, I chose fashion merchandising as my major because it was practical, and Kent has a great fashion school. I was also in the Honors College, and took an honors course with Dr. Don Palmer my junior year. Dr. Palmer was so kind and encouraging that I decided to follow my heart and changed my major to geology at the beginning of my senior year, and thus discovered what a wonderful geology department Kent has! Between Drs. Palmer, Rod Feldmann and Alison Smith, I enjoyed tremendous mentoring, employment (washing ostracods in Dr. Smith's lab), and the experience of completing an Honors thesis with Dr. Feldmann that resulted in a publication and my becoming KSU's first NCHC Portz Scholar. The holistic, unwavering support I received from the geology department and the Honors College paved the way for success in graduate school at Yale and employment at The University of Texas....as a paleontologist! I run a high-resolution X-ray CT scanner to help researchers from around the world nondestructively 'look inside' everything from Apollo moon rocks to Stradivarius violins to Lucy. I learn something new every day, and my experiences at Kent made it possible.

Martin Schmidt has more than 39 years of experience working on environmental, hazardous waste, remediation/restoration and construction projects. Early in his career he was an 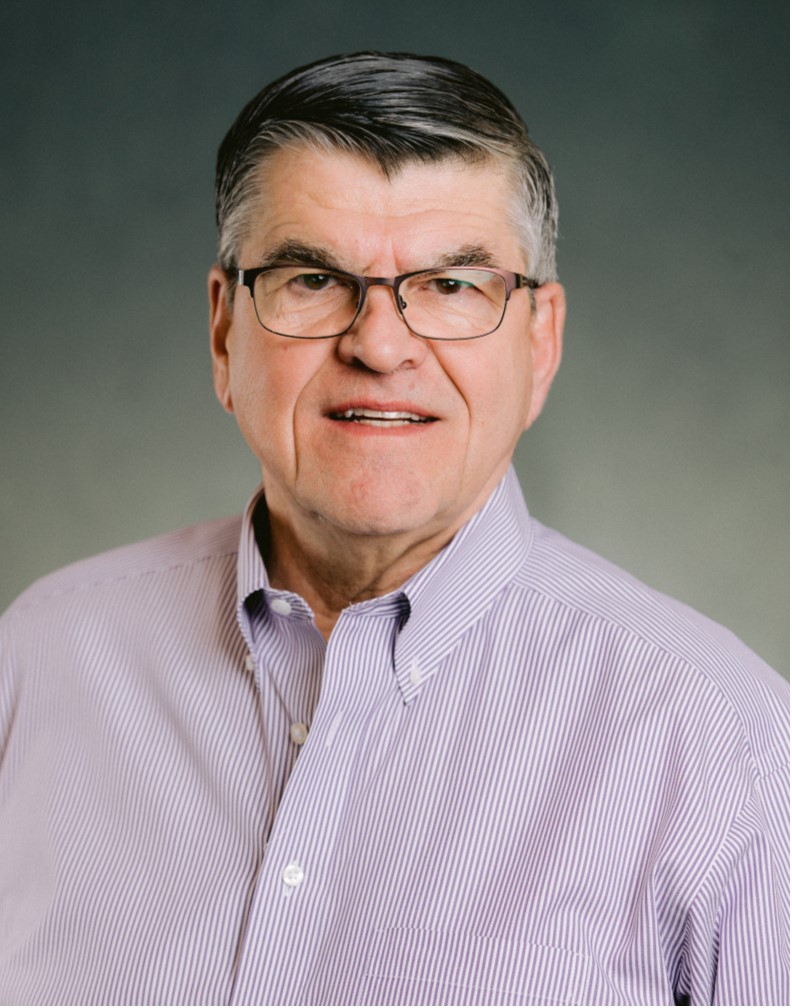 exploration geologist working in the Louisiana Salt Dome Basin and as a geologist conducting environmental and geotechnical site investigations in Oklahoma. From 1985 through 2018, Dr. Schmidt was employed by Woodward Clyde Consultants/URS Corporation/AECOM and served as a Vice President and performed a variety of roles including Project Manager, Program Manager, Project Director and Client Account Manager on a diverse portfolio of environmental and remediation projects for many industrial clients both domestic and worldwide. 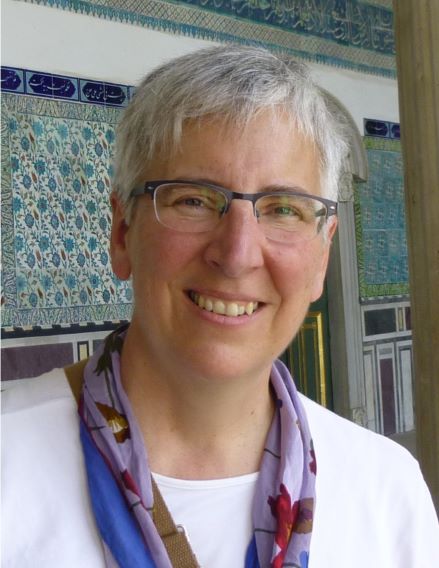 Laura Sanders was the first woman to receive a PhD in Applied Geology at KSU. She has been a faculty member in the Department of Earth Science at Northeastern Illinois University since 1986, having served as Department Head from 1992-2005. She served as Book Editor for Ground Water from 2005-2012, and has been an Associate Editor of Environmental Geosciences since 2008. Her 1998 Prentice Hall book "A Manual of Field Hydrogeology" (1998) remains the seminal go-to book in the field of Applied Hydrogeology. In addition to her grantsmanship and publications in hydrogeology and supervision of 23 MS students, Dr. Sanders has written about and led workshops on Geoscience pedagogy and has been a strong advocate for enhancing diversity in the Geosciences and in STEM education nationally. In 2015 she received the Audrey L. Reynolds Distinguished Teaching Award at Northeastern Illinois University. 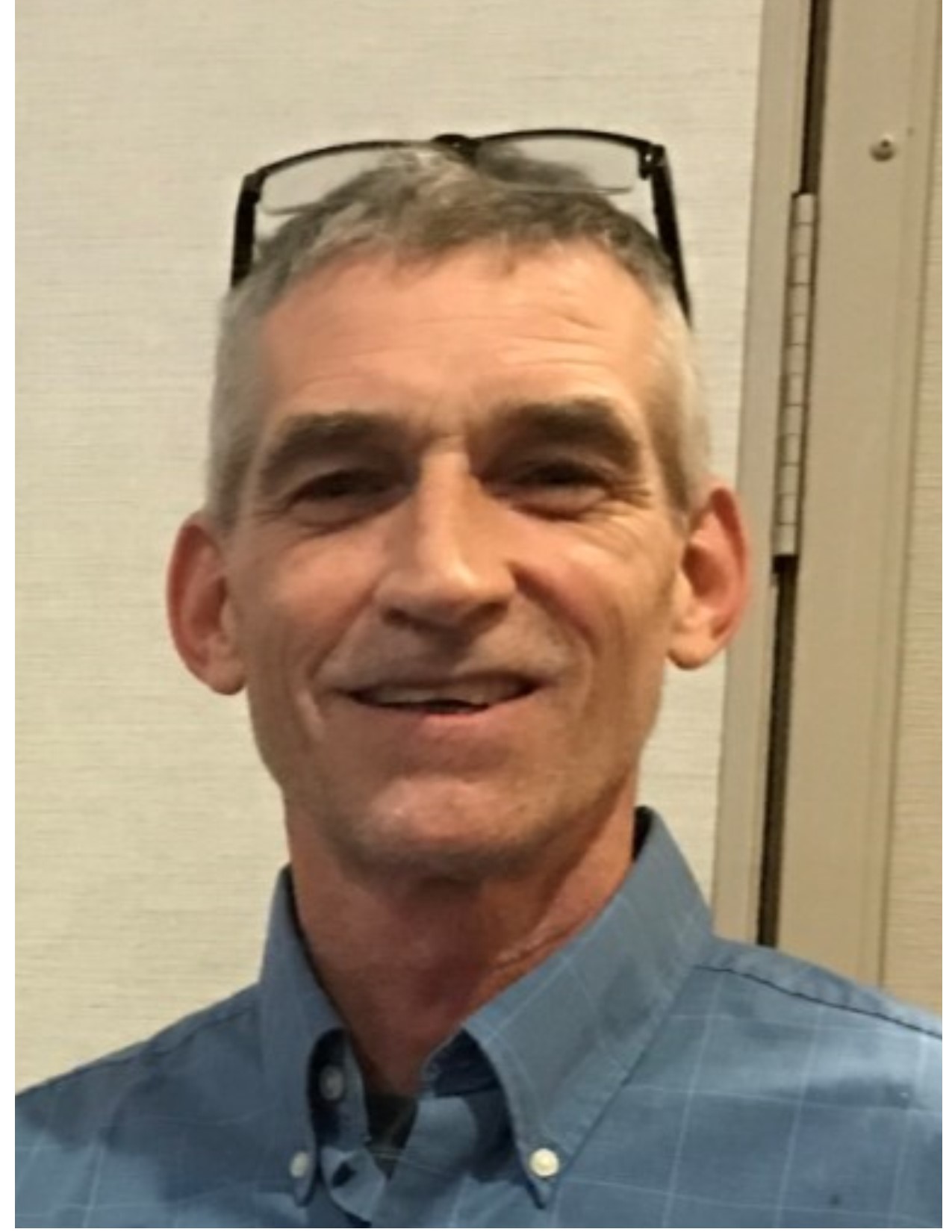 having worked on the Iron Peak intrusion in Iron County, Utah. John has used his knowledge and skills he obtained in this department to sustain a career in mineral resource management with an emphasis on exploration and development of precious and base metal deposits in metallogenic belts literally around the world.

After getting his MS John first worked as an exploration geologist for a variety of corporations in California, Nevada, and Utah. His first international stint was as an exploration Geologist with Pan-American Resources in Peru where he completed property examinations for gold, sulfur, and coal at numerous localities. In 1990 he served as Placer Dome’s Project Geologist in Alaska evaluating the Juneau Gold Belt along with numerous other Alaska precious and base metal occurrences. He was quickly promoted to Placer Dome’s international group and managed exploration activities in Central America and the Caribbean Basin. His exploration in Costa Rica led to the discovery of a new gold district in Costa Rica and Nicaragua. During this time he also spent nine months in Kazakhstan in part evaluating the giant Vasilkovska gold deposit.

John worked for 5 years as Exploration Manager for Brett Resources, developing a portfolio of primarily Au-Ag prospects in Central America. His reconnaissance in El Salvador resulted in the discovery of a new low sulfidation epithermal Au-Ag district. Since 2002 John has worked as a consulting geologist for various companies with assignments in Latin America and Asia including developing a portfolio of gold prospects in Mongolia and China. He served two years as VP of Exploration for Toronto-based Cu-Mo explorer Virgin Metals Inc and two years as Senior Corporate Geologist for Goldcorp, Inc. He continues consulting today with many assignments in Nicaragua focused on geologic mapping and drill target exploration of Tertiary age Au-Ag mineralization belts in hydrothermally altered volcanic and intrusive rocks.

John is proud to be a Fellow in the Society of Economic Geologists. He is a “boots on the ground” geologist who 38 years after taking fieldcamp continues to carry a rock hammer and wears a hand lens regularly since many of his assignments involve geologic mapping. Congratulations John! 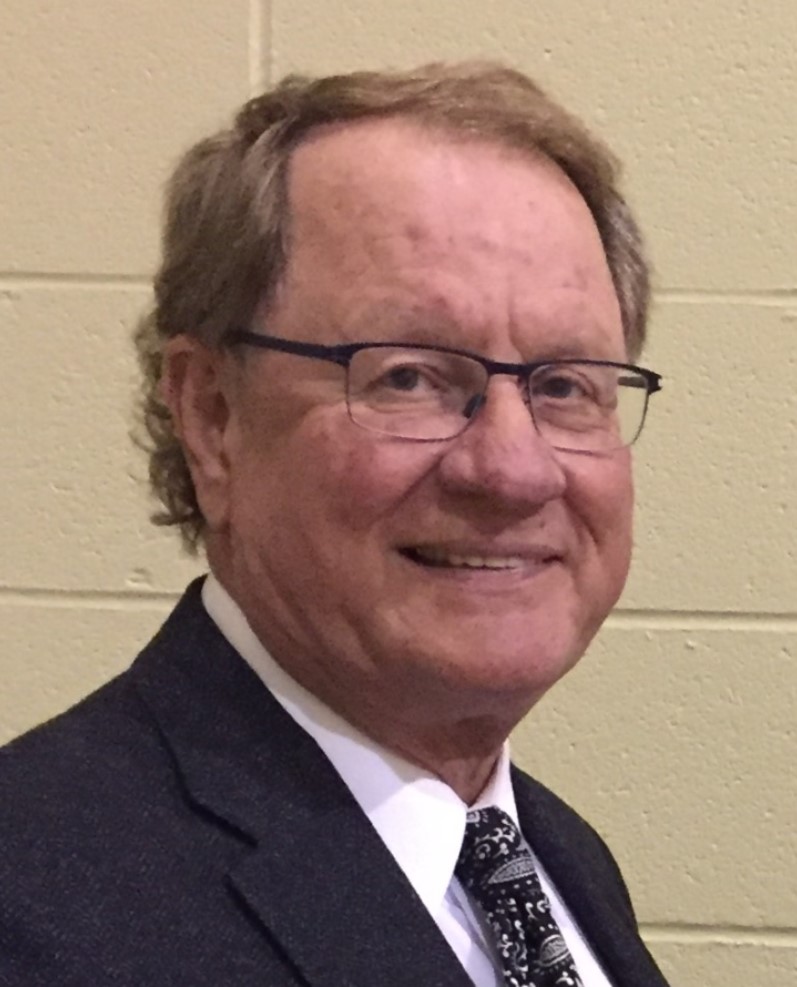 We were pleased to present Joseph Struckel this year's Distinguished Alumni Award at the annual Spring Banquet. Joe Struckel received his B.S. in Geology from Kent State University in 1969. After graduation, he served in the United States Army as a project leader and combat engineer, obtaining the rank of major. Joe worked as a project geologist for the Corps of Engineers and Lawrence Laboratory in Livermore, CA where he conducted research in the geology of explosive excavations and their impact on the environment.

From 1983 - 2011, Joe founded and was president of Geosearch Logging Inc. headquartered in Edmond, CA. The company provided comprehensive geological and  hydrocarbon well logging services in 15 states across the country. During this time, Joe managed and operated 11 offices in 8 states. Beginning in 2012, Joe served as vice president of industry relations for Empirica LLC. His responsibilities included presentations, seminars and lectures on technological  advancements as well as identifying expansion and growth opportunities of Empirica surface logging.

His professional affiliations include the Association of Petroleum Geologists (AAPG); Society of Professional Well Log Analysts (SPWLA); Society of Petroleum Engineers (SPE); SIPES (Society of Independent Professional Earth Scientists) and American Institute of Professional Geologists (AIPG). Joe has kept close connections with faculty and students at KSU, interviewing and hiring Geology majors, giving presentations in Geology and to business students. He and his wife Karen have generously given to the Department, and both are currently serving on the College of Arts and Sciences Advisory Board. 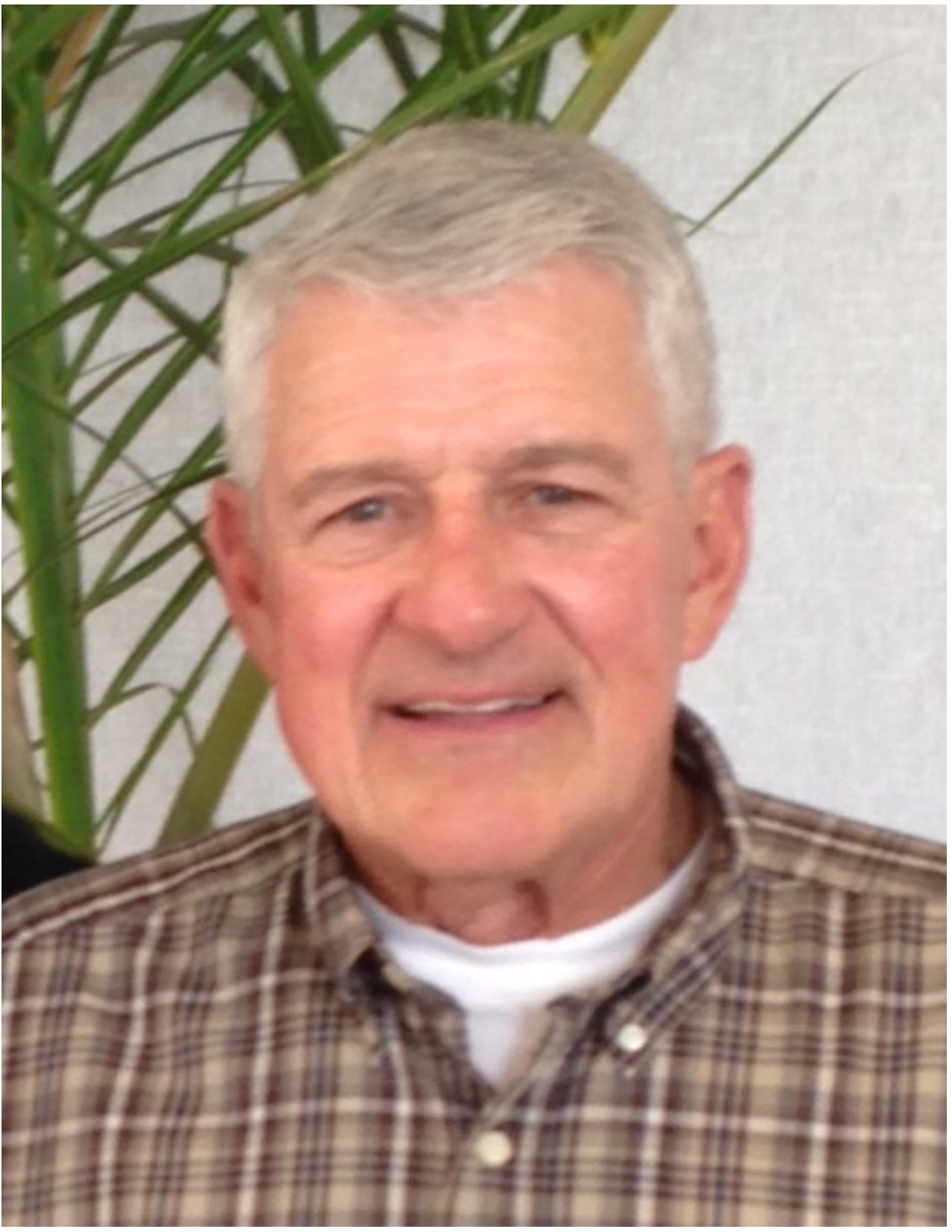 It was a real pleasure recognizing Gordon Nelson (BS 1967; MS 1970) as this year’s Distinguished Alumni at our annual Spring Banquet. After defending his MS thesis in the Bighorns under the supervision of Dr. Heimlich, Gordon was immediately hired by Homestake Mining Corporation in Lead, South Dakota. He was promoted to Senior Geologist in 1975 and to Chief Mines Operation Geologist in 1979 being responsible for all aspects of exploration in the Homestake Mine. Between 1979 and 1989 Gordon conducted the first drilling program which confirmed significant ore reserves in the Homestake open cut area and completed a mine-out study predicting the end of the Homestake mine. In 1989 he transferred to the McLaughlin Mine, Lower Lake, CA where he was responsible for a wide variety of duties and programs from the implementation of a drilling and evaluation pro-gram on the Gamble Ranch to the last grade control on the last ton of ore from the McLaughlin Mine. He also worked at the Bulldog Mtn. Silver Mine, Colorado, and the Jardine Mine, Montana, and was employed by Cathedral Gold Corporation, Honduras. He was awarded early retirement by Homestake Mining Co. in 1996 and currently enjoys living in Arizona and especially attending the Tucson Gem and Mineral Show, the largest, oldest and most prestigious gem and mineral show in the world. 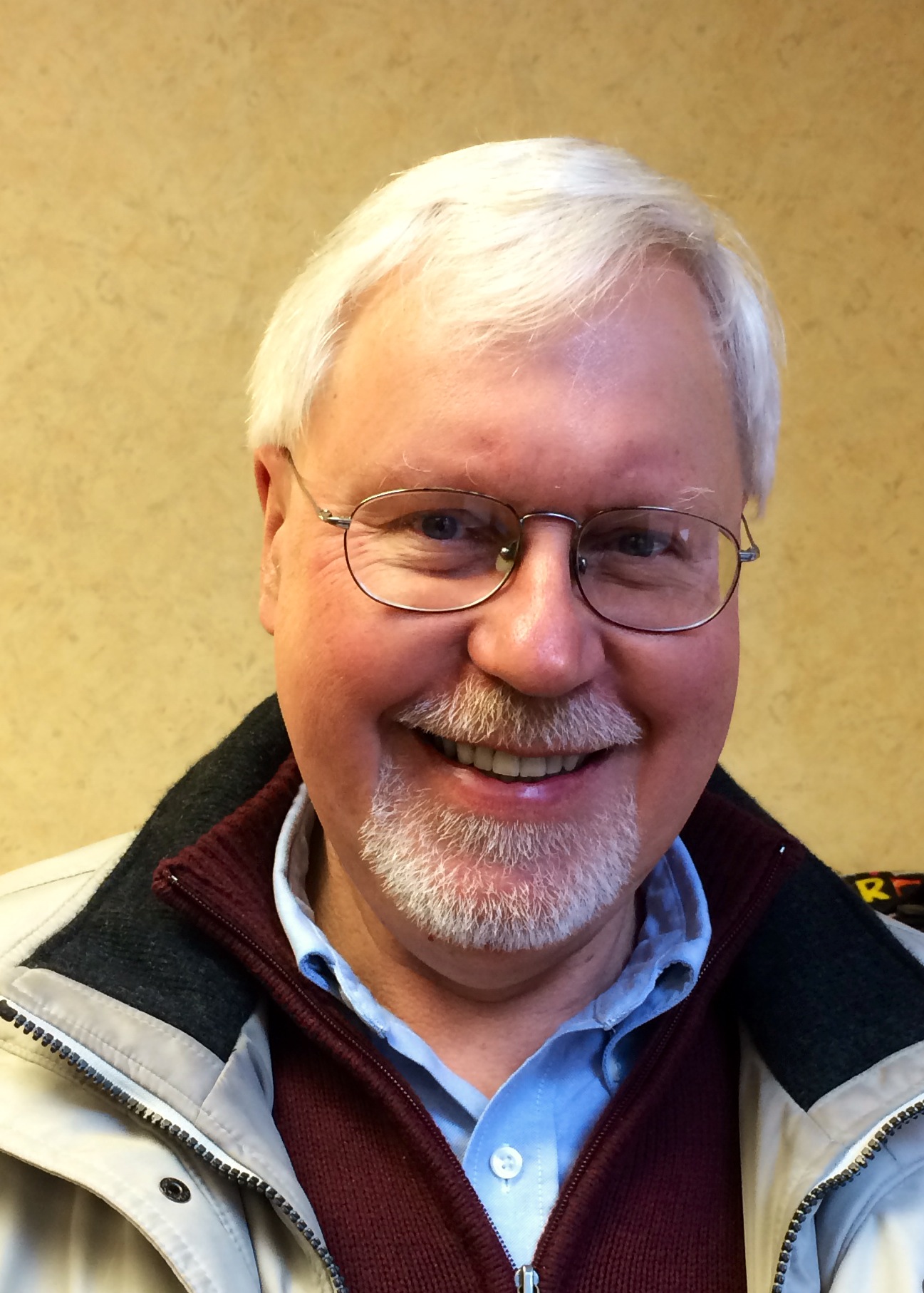 We are very pleased this year to present our Distinguished Alumni Award to George D. Gardner (M.S. 1972). George did his M.S. thesis research on slope stability under the direction of Murray McComas. George took upon himself to learn more about engineering geology/geotechnical engineering and, on his own, took and passed the Professional Engineers exam. He is now both a Professional Geologist and a Professional Engineer, registered in several states.

As you can see from these credentials, George has risen, professionally, to high ranks. For the past 32 years, George has been leading the engineering geology class field trip, where our students benefit a great deal from his technical knowledge and practical experience. Not once during the past 32 years has he missed leading the trip. He goes to great lengths to prepare slides and handouts for the field trip. For the past 17 years, he has been traveling from Boston to Pittsburgh to lead this field trip, donating his own money and time. This is an unparalleled example of extreme dedication and commitment to one’s alma mater. 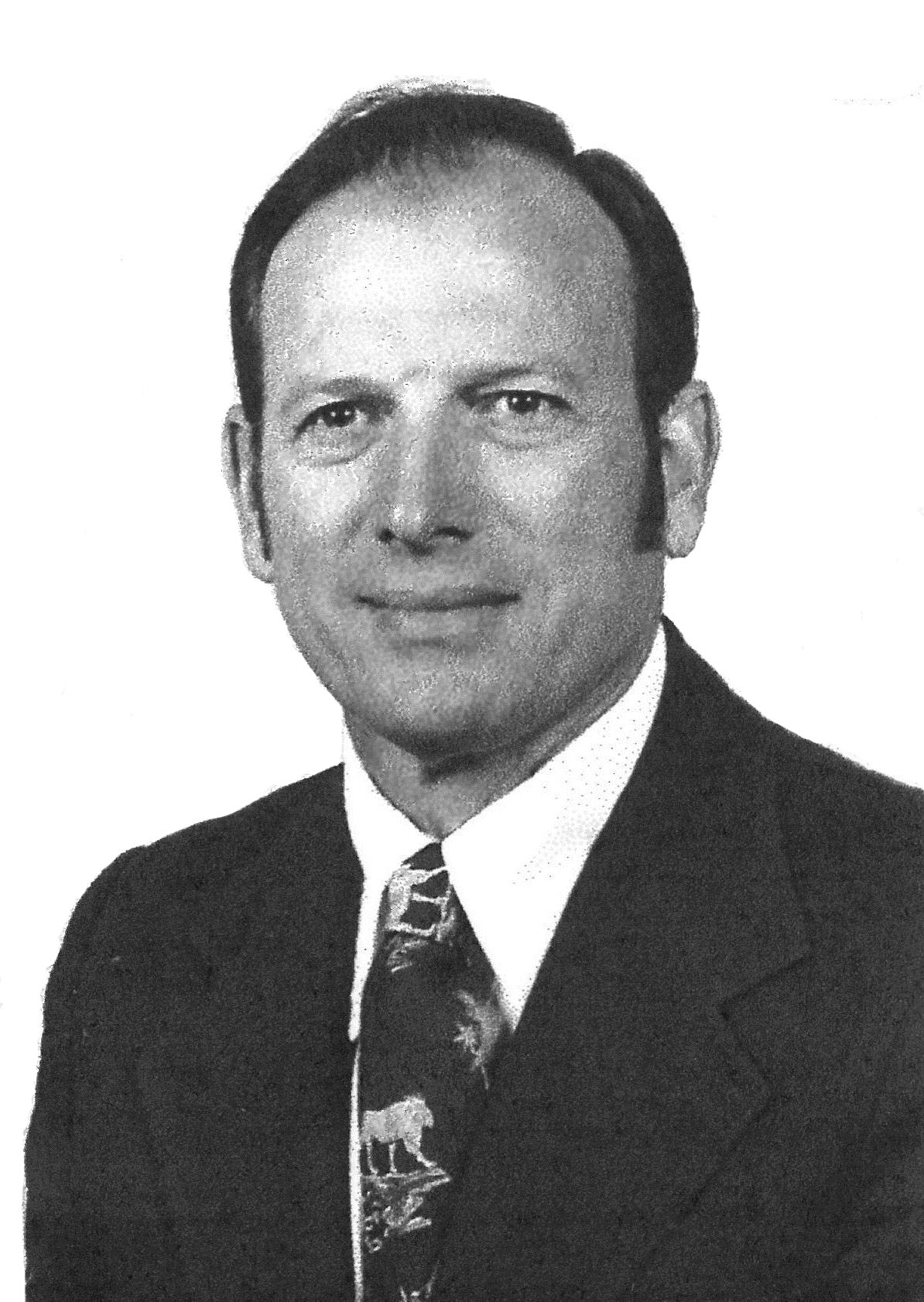 We are very pleased this year to present our first Distinguished Alumni Award to Donald C. Gifford (B.S. 1951). Don has spent the majority of his career as a Petroleum Geologist working for a number of different companies from 1952 to 1967 (Union Producing, Texaco, American Petrofina, and Marr Co) and then as an Independent Geologist from 1967 to the present. He has been a member of AAPG, the Mississippi Geological Society, the Dallas Geological Society and past President of the Society of Independent Professional Earth Scientists. Don Gifford writes “As I reflect on my years at Kent State University, I recall that the total student population was around 5000 with 18-20 Geology majors and one professor! A second professor was added in our third year (1950). The Geology courses were well thought out with plenty of Math, Physics, lab work and numerous field trips. Over the years I have found that there were many more courses offered by the Geology Department at Kent State University than offered at many so called high power schools. Also, the faculty gave students an abundance of personal attention. When I was hired as a Petroleum Geologist it became clear that I could compete with any of the other Geologists who graduated from Texas A&M, UT, and Oklahoma University. I have been very proud to be an Independent Petroleum Geologist. I have spent the last 60 years having Geologists as friends and associates both in industry and in Geology Societies. I value the many opportunities that my degree in Geology at Kent State University has afforded me and I thank the Department for this honor.”