You may not have heard about early climate science pioneer Eunice Foote, but her scientific discoveries—long overlooked—are now being recognized.

By now, it is well understood that the role of women in science has gone largely uncredited throughout history. In recent years, a movement has grown to correct the record and bring attention to the overlooked contributions of women scientists. One of those women is Eunice Newton Foote, whose discovery 165 years ago paved the way for our modern understanding of Earth’s natural greenhouse effect, which is fundamental to the study of climate change. 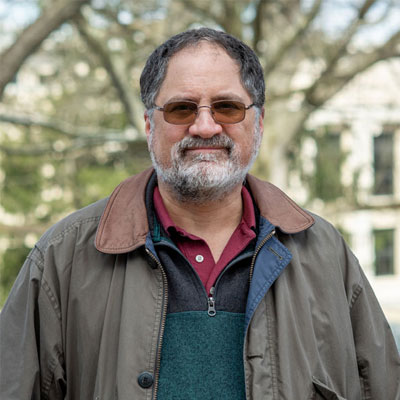 Joseph D. Ortiz, PhD, professor and assistant chair in the Department of Geology at Kent State, first learned about Eunice Foote a few years ago from Elizabeth Griffith, PhD, a colleague who is now a faculty member at The Ohio State University. When Ortiz found and read a paper Foote had written in 1856, “I was floored by the elegance of her experiments,” he says. “She took what was known from geology, infused it with physical experimentation and helped to create the modern field of climate science—but without receiving credit.”

In the 1850s, Eunice Foote—an American amateur scientist, inventor and early activist for women’s rights—studied the effect of the sun’s rays on different atmospheric gases. Through a series of experiments using an air pump, thermometers and two glass cylinders, Foote discovered that carbon dioxide (which she called carbonic acid vapor) and water vapor could warm air in an experimental vessel. She found that a closed cylinder filled with carbon dioxide and exposed to sunlight trapped more heat and stayed hot longer than one left in the shade.

From that observation, she hypothesized that carbon dioxide and water could warm the atmosphere and influence climate on Earth during modern and ancient geologic times.

Geologists at the time were discovering that the world’s climate and vegetation had once been dramatically different. By studying coal deposits that had formed in swampy seas, they concluded that the atmosphere had once held much higher levels of carbon dioxide. But the geologists of the day felt that carbon dioxide only served as “food for plants,” Ortiz says. No one had yet considered that it may have an influence on climate.

Although Foote’s hypothesis that carbon dioxide in the ancient atmosphere would have made Earth much warmer was correct, notes Ortiz, her experimental design wasn’t sophisticated enough to reveal how carbon dioxide or water vapor led to warming. “Even so,” he says, “her work was a tremendous leap in thinking that some view as the birth of climate science.”

“Her work was a tremendous leap in thinking that some view as the birth of climate science.”

Foote collaborated with her husband, Elisha Foote, a judge and inventor, but they published separately. He studied how the sun’s rays could be amplified, perhaps to build a hot water heater or oven, and presented his paper at the 10th annual meeting of the American Association for the Advancement of Science on Aug. 23, 1856, in Albany, New York.

Eunice Foote also submitted her paper on the CO2 discovery to the association, but hers was presented, on her behalf, by physicist Joseph Henry, director of the Smithsonian Institution, at the same meeting. It was published as “Circumstances affecting the heat of the Sun’s rays” in the American Journal of Science and Arts in November 1856 immediately following Elisha Foote’s paper, “On the heat in the Sun’s rays.” 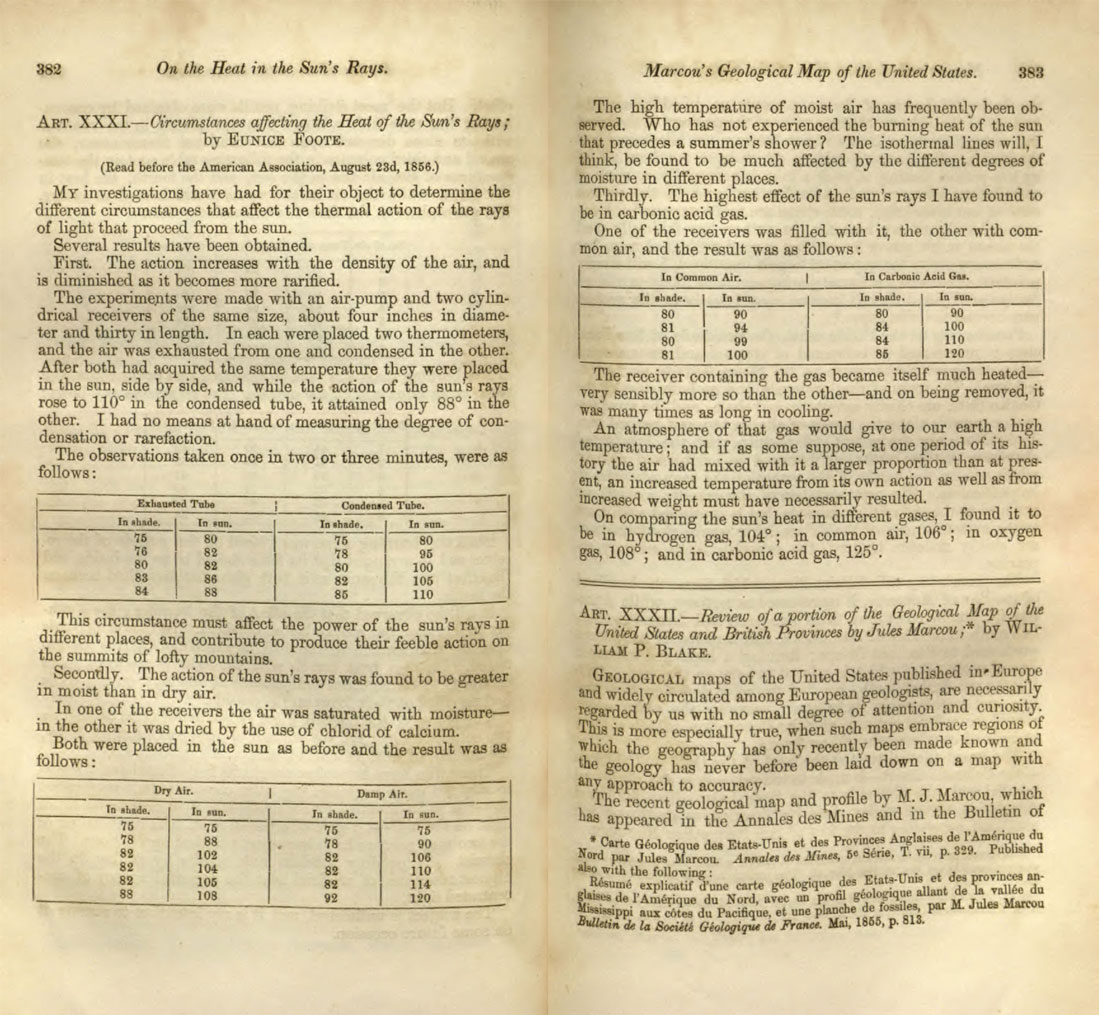 “Circumstances affecting the heat of the Sun’s rays,” by Eunice Foote, was published in the American Journal of Science and Arts in November 1856.

Despite this, while her husband’s paper was republished in a prominent European journal, her paper was overlooked, Ortiz says. A summary of her work was published in the 1857 volume of The Annual of Scientific Discovery by David A. Wells. Five years later, Wells mentioned it without attribution in a geology textbook he authored.

In 1859, however, John Tyndall, a prominent 19th-century Irish physicist, published the first paper to directly measure the Earth’s natural greenhouse effect. He concluded it was due to absorption of longwave radiation by carbon dioxide in the upper atmosphere. Ultimately, full credit for the discovery of carbon dioxide’s role—which is central to the understanding of climate change, weather and meteorology—was given to Tyndall, while Eunice Foote’s contribution to climate science remained unknown.

That is changing now, in part thanks to Ortiz and a meeting of minds via social media.

Ortiz met Sir Roland Jackson, PhD, a visiting fellow at the Royal Institution and research associate in the Department of Science and Technology Studies at University College London, on Twitter in 2020. He was responding to a tweet about Foote from a mutual colleague and prominent climate scientist, Sarah Myhre, PhD. Myhre is founder and executive director of the Rowan Institute, which prepares leaders grounded in human rights, integrity and planetary stewardship to address climate change. Katharine Hayhoe, PhD, another leading climate scientist, political science professor at Texas Tech University and chief scientist for The Nature Conservancy, also has spread the word about Foote’s once-forgotten role in climate science.

A biographer of Tyndall, Jackson wrote a paper in 2019 comparing Foote and Tyndall’s work from a qualitative perspective. Although Tyndall was on the editorial board of a European journal that published Elisha Foote’s 1856 paper and a second paper by Eunice Foote in 1857, he never made mention of Eunice Foote’s publications in his writing. Based on his research, Jackson concludes that it is unlikely that Tyndall was either aware of, or had read, Eunice Foote’s paper.

Jackson writes, “This episode raises particular questions about, and throws light on, simultaneous discovery, the nature of networks between American and European physicists in the 1850s, the significance of gender and amateur status, and the reputation of American physics and physicists in Europe.”

“Despite the challenges, her work was remarkable for its time. I have no doubt she would have been an influential scientist, had she the resources and interest that were afforded to male European scientists of her day.”

Ortiz and Jackson co-authored a paper assessing the experiments described in Foote’s papers. They looked at her work from a detailed quantitative perspective in order to place it in historical context. They point out the differences between her hypothesis and that of the modern greenhouse effect in their article, “Understanding Eunice Foote’s 1856 experiments: heat absorption by atmospheric gases,” which was published on Aug. 26, 2020, in the Royal Society Journal of the  History of Science’s Notes and Records, an international journal that publishes original research in the history of science, technology and medicine.

The article also explores her work in the context of what geologists in the 1850s thought caused climate change, based on contemporary writing. Until Eunice Foote, no one thought to link carbon dioxide and warming, let alone set out to test that link experimentally.

“This was her original contribution to climate science and the first known published study to document not only the warming effect of carbon dioxide, but its potential impact on climate,” Ortiz says. “Despite the challenges, her work was remarkable for its time. I have no doubt she would have been an influential scientist, had she the resources and interest that were afforded to male European scientists of her day.

“How I would have loved to read more papers by her and see where she could have gone if she had remained in science. She lived an influential life despite that, taking an active role in the fight for women's rights and having success as an inventor. I’m interested to dig into this early literature to try to learn more about the contributions of other women scientists whose work has been forgotten.”

Ortiz says women in science still face many of the same barriers today. Their voices are often overlooked. They are paid less, often have more administrative and teaching responsibilities than men and are passed over for positions of leadership.

“We need to provide equal access, pay and funding for women doing the same work as men in science,” he says. “We need to value cooperation, rather than competition, and build systems of advancement and policies that don't disadvantage women. Science advances best when explored from diverse perspectives.”

Hear an interview with Joseph D. Ortiz, PhD, about Eunice Foote on "Elevations" at WKSU. 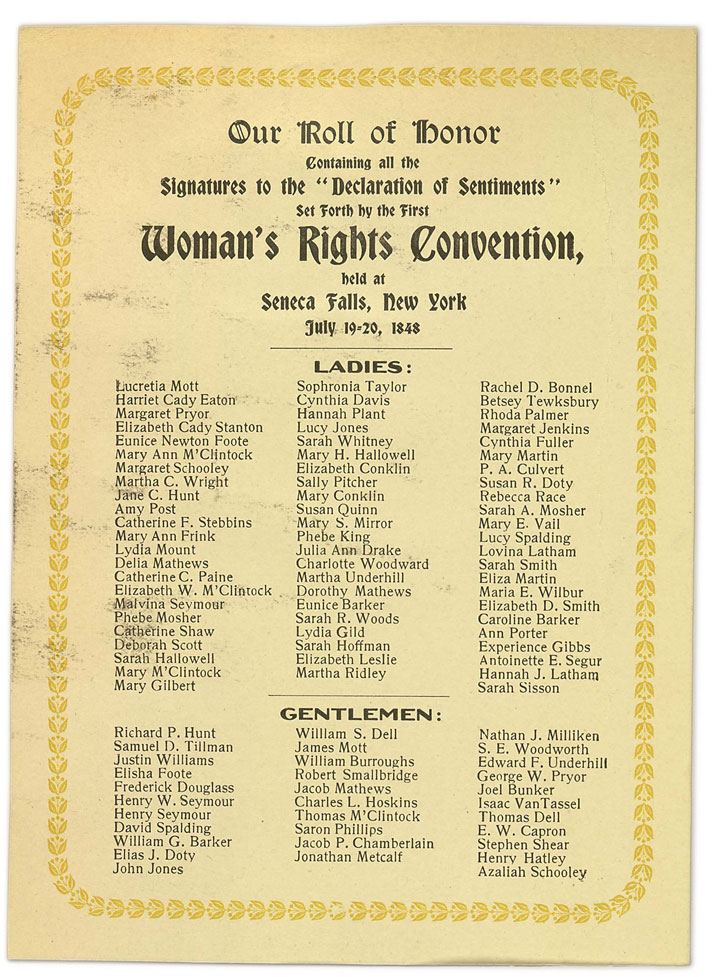 Eunice Foote’s name was fifth on the list of signatures to the “Declaration of Sentiments” from the 1848 Women’s Rights Convention in Seneca Falls, New York. Elisha Foote, her husband, also signed. 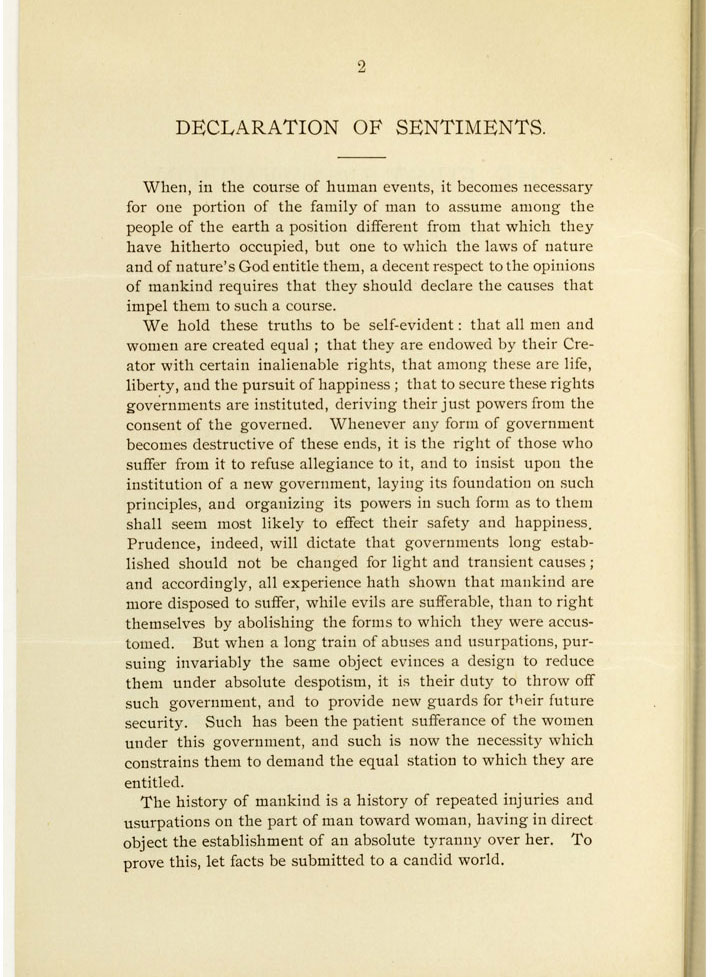 In the wording of the “Declaration of Sentiments,” Elizabeth Cady Stanton adopted Thomas Jefferson’s Declaration of Independence as her template.

Who Was Eunice Foote?

Eunice Foote’s experiment for her studies on greenhouse gases, as recreated in the 2018 short film Eunice. Credit: Paul Bancilhon and Matteo Marcolini

Association for Women in Science

Science Focus Magazine: 22 Pioneering Women in Science History You Really Should Know About