A Thriller of a Discovery: Fossil Hermit Crab Named after Michael Jackson

A Kent State University researcher was part of an international team of paleontologists that recently made a significant discovery in northern Spain. The group discovered a new family, genus and species of fossil hermit crab – one that lived 100 million years ago. 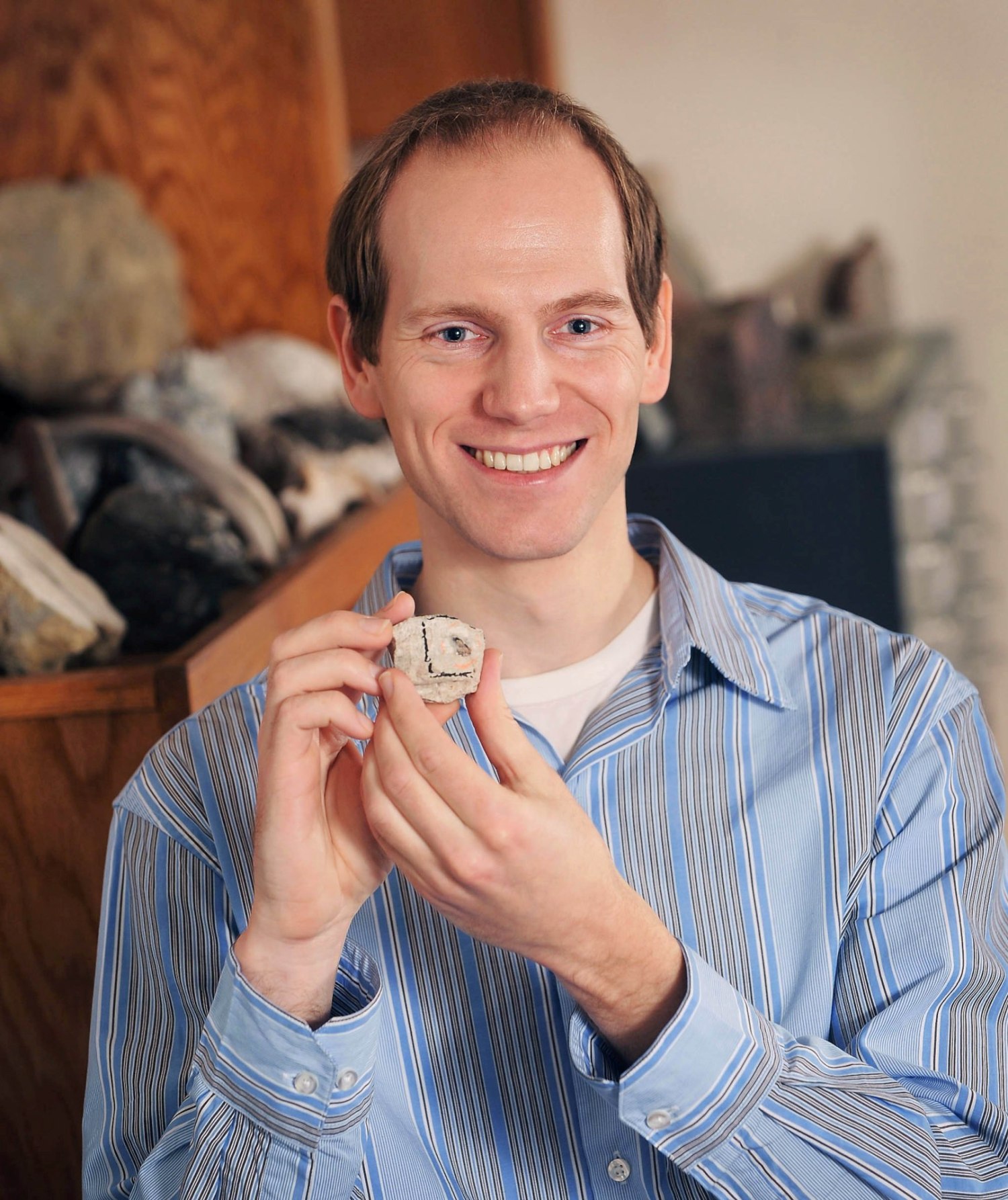 The team made the surprising discovery on June 25, 2009. Later that day, while meeting at a restaurant in the city of Alsasua, the group saw on TV that international superstar Michael Jackson had passed away that day. The paleontologists decided to honor the “King of Pop” by the naming the new species after the late music icon: Mesoparapylocheles michaeljacksoni.

“Michael Jackson’s music will no doubt live a very long time and influence many people so I think the name is appropriate,” explained co-author Adiël Klompmaker, a Ph.D. candidate in Department of Geology at Kent State.

The shield of the new hermit crab was discovered in an abandoned limestone quarry in the foothills of the Pyrenees in the Spanish province of Navarra. “The rocks in the Koskobilo quarry are part of a fossil coral reef with an age of 100 million years,” Klompmaker said. “This is right in the middle of the Cretaceous period, when dinosaurs were dominating the continents. In this area in northern Spain, we find many invertebrate fossils, such as corals, algae, sea urchins, but also a wide variety of crabs.”

Mesoparapylocheles michaeljacksoni has one living relative from the same family. Parapylocheles scorpio lives in deep waters of the Indian and Pacific Oceans. “However, the new hermit crab lived in the shallow waters of a coral reef hidden in between the branching corals,” said Dr. René Fraaije, the lead author and director of the Dutch Oertijdmuseum. “Still undiscovered species of the same family must have migrated to deeper waters at some point in time.”

Nowadays, hermit crabs predominantly use a snail shell as a shelter when the shell comes available after the death of the snail. When the extinct ammonites were still around in the Cretaceous period, they also would use their shell sometimes.

“We are not sure what the fossil hermit crabs from Spain used as a protection because snail and ammonite shells are extremely rare in the quarry,” Klompmaker said. “They may have relied on the additional protection provided by the branching corals, as hermit crabs are rare in rocks from the same quarry that contain few corals.”

According to Klompmaker, fossils shields of hermit crabs are much rarer than those of true crabs, which are a separate group within the decapod crustaceans. Today, less than a dozen of these shields are known and a great deal of information concerning the evolution of this group remains undiscovered.

Kent State researchers recently discovered the oldest fossil shrimp know to date in the world. “Kent State is the one of the leading universities in the world studying fossil decapod crustaceans, such as crabs, lobsters, shrimp, and hermit crabs,” Klompmaker said.

Photo Caption:
Adiël Klompmaker, a Ph.D. candidate in the Department of Geology at Kent State, displays an example of the new species of fossil hermit crab named after superstar Michael Jackson. Klompmaker was part of a team of paleontologists that made the discovery in northern Spain.

www.personal.kent.edu/~aklompma/Parapylocheles%20scorpio.jpg
Caption: The only living species from the same family: Parapylocheles scorpio.