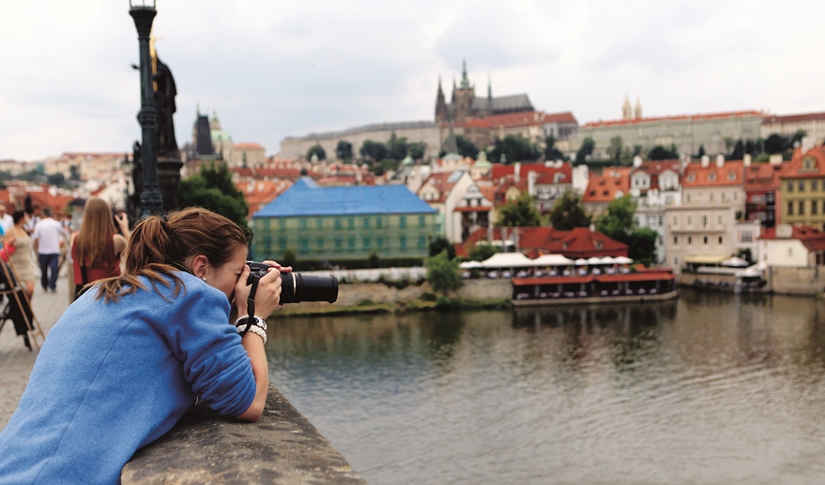 Prague is the capital and largest city in the Czech Republic (Czechia). Built over many centuries on a series of hills, it enjoys spectacular views, a fascinating historical heritage, and a unique culture to experience! Prague is centrally located in Europe, allowing students to easily travel to many European destinations!

The city of Prague is structured in districts. This will be important and useful for you to know as you arrange your housing, so that you can select housing in the district/area that best suits your needs and fits your style.

Prague 1
Welcome to the center of the city! Both historically and commercially this is Prague’s heart, and is the place to go if you don’t know the city well. You’ll find the old town square, Wenceslas Square, the Charles’ Bridge, Prague Castle, and all the shops you could want. Of course, be prepared to spend more than in other districts as this is where the hive of tourists congregate.

Prague 2:
Vinohrady is Prague’s high-end quarter, full of great restaurants and cafés, wine bars, organic food shops, American expats and beautiful parks. Rent-wise it can only to be outdone by the even pricier Bubeneč, near Letna. However, even though Vinohrady has many well-known residents, it’s not as expensive as we let on, and is a great place to spend a lazy Sunday.

Prague 3:
Žižkov has a colorful and turbulent history. It is now considered Prague’s ‘hip’ quarter; Prague’s answer to Shoreditch in London, or Brooklyn in New York, although it’s really nothing like either. Here you can find the alternative Prague lifestyle; underground clubs and bars, art galleries, tea shops, vintage bike shops and a host of curious characters.

Prague 4:
Vršovice is slowly coming of age offering more to Prague socialite. Its greatest claim to fame is Krymská street (on the border of Vinohrady), which was named in the New York Times article, “Favourite Streets in 12 European Cities”. Comparable to Bořivojova street in Žižkov, (or Brick Lane in  Shoreditch), Krymská is dotted with hipster startups, cafés, bars, intellectual  spaces and a few surprises. The Krymská street party in May is not to be  missed.

Prague 5:
Smichov is the commercial alternative to Prague 1. It's where Prague’s office-class hangs out, with trendy lounge bars, clubs and shopping malls. Despite its hustle and bustle, you won’t find many foreigners out here. If you like live music and art though, a trip out to the MeetFactory (owned by the Czech conceptual artist David Černý) just past Smíchovské nádraží, is a must see.

Prague 6:
Dejvická has the largest concentration of students in Prague as many schools, including ČVUT (The Czech Technical University) are located there. It feels very different from the center with its wide streets and huge traffic circle. It’s close to Prague’s northern periphery so greenery and countryside are not far away. The rocky outcrop Divoká Šárka or the public lake Džbán are a great escape from the city during the summer months.

Prague 7:
Holešovice is Prague’s answer to Prague 3, with many bars, tea shops, art galleries and the famous Bio Oko cinema. Although, its greatest asset are its parks, Letenské sady and Stromovka; the former with fantastic views of the city, and the latter probably considered the biggest and best park in Prague. If you like football, Sparta Prague's stadium is very close by as well.

Prague 8:
Once upon a time, Karlín was Prague’s industrial dockland area. That was until 2002 when it was badly affected by a flood. Since then it has been pumped full of new investment becoming a booming business district (the main business districts being Chodov, Nové Butovice, Budějovická and Pankrác). Other than the business culture, Karlín also has excellent cafés, art studios, a small park and the Karlín Forum, perhaps the best new live music venue in Prague.

Although it varies, on average we recommend that you should aim to have around $650 per month to cover food, entertainment, basic transport and housing. This estimate can vary depending on personal spending habits. Rental costs also vary widely and depend on which part of the city you live in and how many flatmates (roommates) you have.

It’s no secret that Prague is an iconic world capital. Almost untouched by bombings in World War II, its baroque and gothic architecture remains as some of the best preserved examples of its kind in Europe. Here is a small selection of some of its most famous places:

Prague has a fantastic selection of cafés from the early 20th century or Golden Era, when Czechoslovakia was one of the world’s wealthiest countries; producing highly regarded writers, philosophers, painters and scientists. Most of the cafés have been kept in their original condition and boast excellent food, drinks and service. Some of the best cafés to visit include: