Students in Northeast Ohio who have recently returned from a study abroad program, as well as faculty and university staff involved with or interested in study abroad, are cordially invited to attend the 2016 Northeast Ohio Study Abroad Returnee Conference.

After a successful tenure with the Jesuit Volunteer Corps, Joe returned home to Cleveland to serve as an outreach worker at Cleveland’s West Side Catholic Center. In 2003, Cimperman was selected as a Fellow for the prestigious German Marshall Memorial Fellowship, a program of the German Marshall Fund.

Cimperman was elected to Cleveland City Council in 1997 and served until 2016. As councilman, he focused his efforts on community revitalization. Working diligently, he created and invigorated of 30 block clubs in order to foster a sense of community for the many neighborhoods he interconnected, and self-supported community filled with passion and energy.

He has also been a strong proponent of making Cleveland a welcoming city for newcomers. In 2016, he introduced emergency resolution 1459-15 in City Council to send a signal that Cleveland would be a welcoming city to those who are coming as refugees from all over the world, including the Syrian and Iraqi refugees fleeing war and strife. The resolution specifically opposed Ohio House Resolution HCR 31 against allowing Syrian refugees in Ohio. City Council Resolution 1459-15 reiterated that “all refugees, regardless of faith or country of origin are welcome in the City of Cleveland.”

Cimperman is currently the President of Global Cleveland, an organization whose vision is to create a welcoming region that is a place of opportunity and prosperity for people of all racial, ethnic and international backgrounds. Cimperman lives in Ohio City with his wife Nora and children.

To the following organizations for helping sponsor the conference: 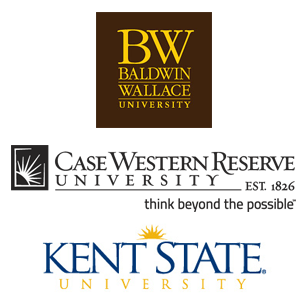 To the following organizations for helping organize and plan the conference: