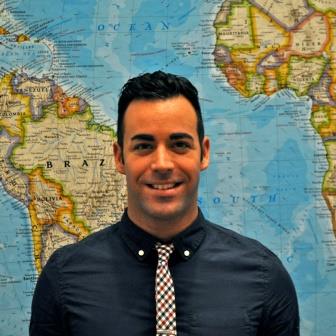 Nick joined the Office of Global Education in October, 2013. He has worked in the field of International Education for the past four years, serving as a University Relations specialist prior to becoming an Education Abroad Advisor at Kent State. Nick earned a B.A. degree in International Studies/Spanish from the University of Evansville in 2009, as well as a certification in Education Abroad from the CIS Study Abroad Institute. He has participated in several study abroad programs, including a semester in London, England and a summer in Barcelona, Spain, and has served as an on-site coordinator for various faculty-led programs to Greece, Italy, and Spain.

In his free time, Nick enjoys studying foreign languages, watching soccer, spending time with family, and relaxing with a good book at a local coffee shop.