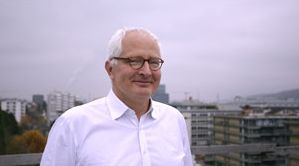 Sebastiano Brandolini  graduated in 1982 from the Architectural Association in London. He worked for many years as the editor of the Italian monthly magazine "Casabella" (1984-1996). He has taught architectural design at the Universities of Milan, Venice, Genoa, Ferrara. He has written books on recent buildings in Milano (2005) and Rome (2008), on Alberto Ponis (2006) and on the postcards of the Monte Rosa (2009). He is presently working on a book on urban walking in the Milan metropolis. His interests span from alpine architecture to urban design, and from minimalism to the idea of contemporary landscape. His architectural practice – in partnership with Alba Gallizia – is based in Milan.