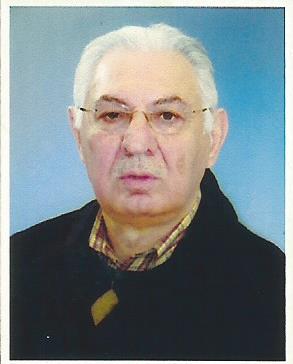 Dr. Zuhair Humadi is a high ranking official in the Iraqi government, a renowned international educator, and a trusted advisor to state and national governments.

Dr. Humadi‘s career is marked by many notable accomplishments, the highest of which is the Iraqi Education Initiative. The Education Initiative will play a central role in reforming and advancing Iraq’s elementary, secondary, and higher education system. The Education Initiative reflects the vision of Dr. Humadi who serves as its General Director. To jumpstart this effort, Dr. Humadi is guiding the education initiative through a five-year process in which thousands of Iraqi students will pursue undergraduate and graduate liberal arts, professional, and technical degrees in the United States, the United Kingdom and Australia.

Dr. Humadi has imprinted his vision and goals on this monumental endeavor for the benefit of the Iraqi people. A firm believer in excellent education for the young of an emerging democracy, Dr. Humadi has already transformed the lives of many Iraqis through his concerted efforts in screening, guiding and placing students at the right colleges and universities in the US, UK and Australia. This powerful combination of personal experience, vision and hard work has already made an immeasurable impact on the lives and future of many Iraqi citizens.

One of the highest achievements for Dr. Humadi was receiving NAFSA prestigious Cassandra Pyle award for Leadership and Collaborations in International Education Exchange in the year 2010. This award honors the contributions of an international educator to the field of international education.

In addition, Dr. Humadi was instrumental in establishing an English Language Center as part of the Education Initiative, which has been operational since the summer of 2013.  Dr. Humadi is also working towards the establishment of a Speech Pathology and Audiology center, which will be the first of its kind in Iraq. Fifty scholarships for the master’s degree have been allocated for these two fields. Dr. Humadi served as the co-chairman of the Iraqi Fulbright Commission where his efforts have significantly increased Iraqi’s contributions to the Fulbright Visiting Student Program. These contributions made the Iraqi Fulbright Program the largest in the Middle East.

In harmony with Dr. Humadi’s accomplishments in Iraq, he is the principal founder of the Institute for Iraqi Studies at Boston University in Boston, Massachusetts. This unique institute focuses on Iraq primarily in terms of politics, people and society, and is the first such institute western world.

Lastly, Dr. Humadi was the Senior Advisor to Dr. Adel Abdel Mahdi, the ex-Vice President of Iraq. In this capacity, Dr. Humadi was involved in all matters and decisions pertaining to the duties and responsibilities of the Office of the Vice President. He is also, an adviser to Iraqi Prime Minster Haider al-Abadi and was the Secretary General of the Council of Ministers for the Iraqi Transitional Government of Dr. Eyad Allawi.

He is frequently called upon to provide expert commentary on the politics of Iraq and the Middle East. Dr. Humadi possesses a Ph.D in Political Science from, and is a distinguished alumnus of, Southern Illinois University. Dr. Humadi has published many journal articles and was the author of Civil Society in Iraq in Richard Augustus Norton’s classical book on Civil Societies in the Middle East (1996).