In Fall 2019 his article “’Somebody is Really Up There!’: The 1969 Moon Landing as Historical Marker for an Era,” appeared in the Journal of American Culture 42 (Fall 2019): 199-212. In November, The Social Science Journal accepted his article “The Crossroads of Identity: Psychology’s (Re)Action to the Great Depression" for future publication. He has an advance contract with Routledge for a book on The New Deal & American Society, 1933-1941, that he hopes to start working on soon; and he has book reviews out in the last year in the Journal of American History and The American Historical Review. 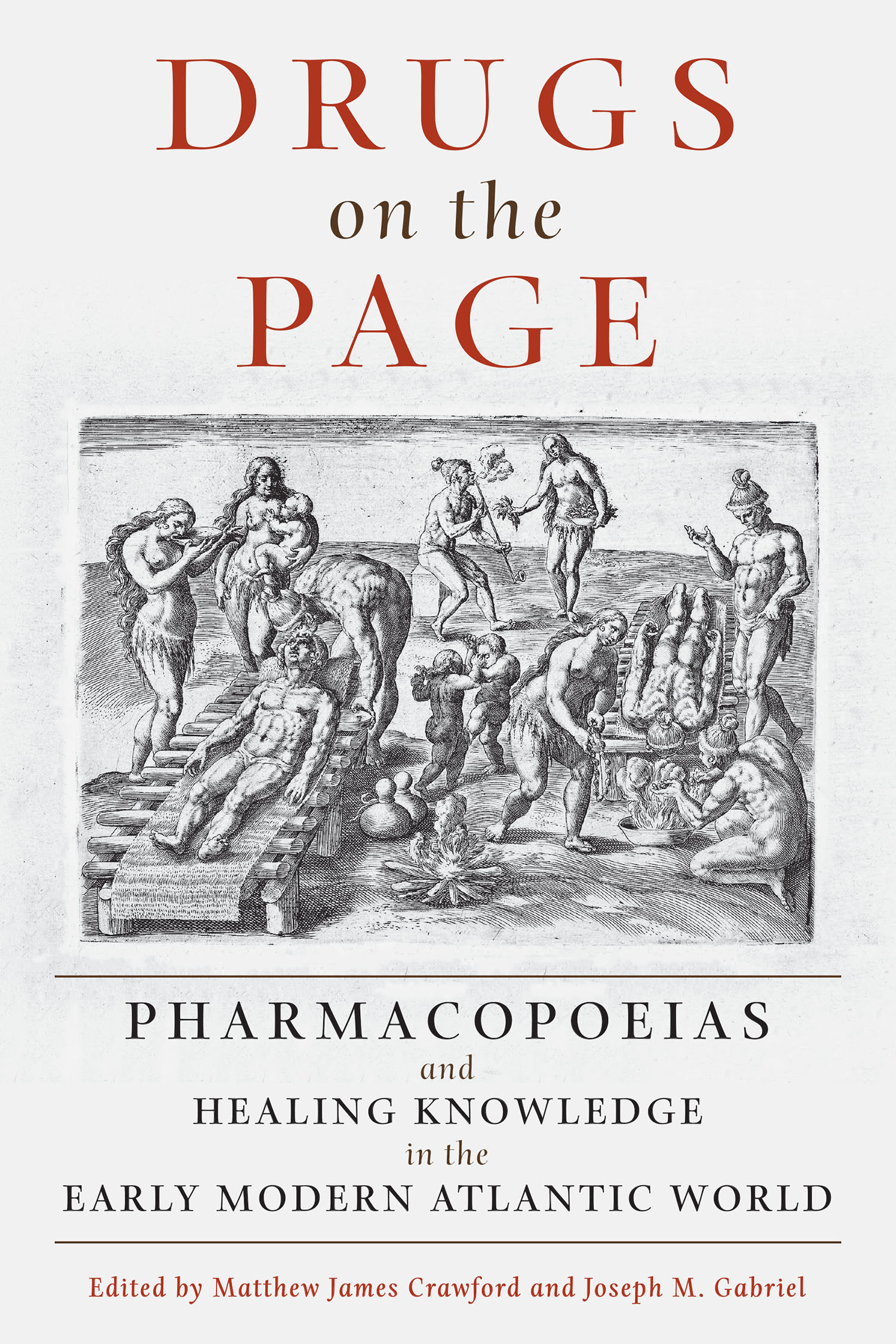 He coedited a collection of essays with Joseph Gabriel, Drugs on the Page: Pharmacopoeias and Healing Knowledge in the Early Modern Atlantic World, through University of Pittsburgh Press. He published another essay, entitled, “What Would Galileo Think of Ted Cruz? Reflections on Epistemic Crisis and Early Modern Scholarship” in the Fiftieth Anniversary Special Edition of the Sixteenth Century Journal. He also spent a month in Seville, Spain last summer doing research at the Archivo General de Indias for a new book project focusing on the history the Spanish Atlantic in the Eighteenth Century.

She has an essay co-written with Bruce Baker, "Against Synthesis: Diverse Approaches in the History of Reconstruction" in Lorri Glover and Craig Friend (eds), Reinterpreting Southern Historiography, forthcoming through Louisiana State University Press in March 2020. She is also a coeditor of the book Life Sentences: Writings from Inside an American Prison, published last year through Belt Publishing.

She has been awarded the 2020 Roger D. Bridges Award for Outstanding Service from the Society for the History of the Gilded Age and Progressive Era for serve as their journal's book review editor and has been selected as an editorial board member for the journal American Nineteenth Century Studies.

He has an article, “Frank Knox’s Fifth Column in Hawai’i: The U.S. Navy, the Japanese, and the Pearl Harbor Attack” forthcoming in the Journal of American-East Asian Relations. Forthcoming paper presentations include the SHAFR Conference in New Orleans, Louisiana in June 2020. orld War II.” Additionally, he was named a Visiting Fellow at the Hoover Institution, Stanford University, from September 2019 to August 2020.

Heaphy, Leslie, “Baseball and American Exceptionalism.” in Teaching US History through Sports. University of Wisconsin Press, 2019.

Mary Ann Heiss is working her way through final preparation of her second monograph, Fulfilling the Sacred Trust: The UN Campaign for International Accountability for Dependent Territories during the Era of Decolonization, which Cornell University Press will publish later this year. Two essays loosely drawn from that book are slated to appear in edited collections later this year as well. She just completed nine years as a member of the Board of Directors of the Harry S. Truman Library Institute and continues to serve on the Humanities Panel of the Ohio Transfer Module Committee and to chair the Conference Committee of the Society for Historians of American Foreign Relations.

His book chapter, “Making the First Generation of New Citizens: Returned Students and Student Movements in the Republican Era,” appeared in Xiaobing Li and Qiang Fang ed., A Centenary of Student Movements in China: The Mountain Movers (Lanham, Maryland: Lexington Books), 65-94. He also joined two other scholars in translating a book from Chinese into English, A Short History of Sino-Soviet Relations, 1917–1991, by Yang Kuisong, Sheng Zhihua, and Niu Jun (New York: Palgrave Macmillan, 2019). His paper, “From a Union Organizer to a Transnational Educator: Vicki Garvin in China and the United States, 1964-1979,” was presented at the American Historical Association in January. Additionally, last summer he conducted research at the Beijing Municipal Archives and the Shanxi Provincial Archives in Xian.

Dr. Scarnecchia spent most of 2019-20 finalizing his book manuscript entitled Race and Diplomacy in Zimbabwe: the Cold War and Decolonization, 1960-1984, if all goes well it will be published in 2021. He also presented at two academic conferences this past summer, one on the impact of the 1989 in Global politics, held in Leipzig, Germany, entitled Transformations in Global Perspective 1989-2019, and one conference on Global Urban studies, entitled, The Pursuit of Global Urban History: a Dialogue between two fields in Leicester, UK. Both conferences were inspiring for future diverse projects on urban and diplomatic histories in Southern Africa. Dr. Scarnecchia presented at two other conferences this past AY, in November 2019 at the African Studies Association conference in Boston, and at conference hosted by the KSU School for Peace Studies, entitled Commemorating Violent Conflicts and Building Sustainable Peace. He presented on the historical politics of reconciliation and truth commissions in Zimbabwe.

Her article “’Geniuses Growing on Streets?’ The Cleveland Urban League’s Street Academy, Alternative Visions of Black Youth, and the Struggle to Transform Public Education, 1968-1978” is scheduled to appear in the spring 2020 issue of the Journal of African American History. She also co-authored a chapter titled “Ethically Teaching Histories of Violence, Racism, and Oppression,” in Nancy Bartlett, Elizabeth Gadelha, and Cinda Nofziger, eds, Teaching Undergraduates with Archives (Michigan Publishing: Ann Arbor, 2019).

Richard Steigmann-Gall published a chapter last year -- “Nazismus, Christentum und die Entwicklung einer Theorie der politischen Religion in Kolnais DerKrieg gegen den Westen,” in Wolfgang Bialas (ed.), Aurel Kolnais "Krieg gegen den Westen". Eine Debatte (Göttingen: Vandenhoeck & Rupprecht, 2019) - and submitted a final draft of a commissioned work for Oxford University Press on “Religion and Dictatorship in Europe,” which will appear in Grace Davie and Lucian Leustean (eds), The Oxford Handbook of Religion and Europe. He is also currently writing a chapter titled “Fascism and Antisemitism in 1930s America: the Genocidal Vision of the Silver Shirts,” for an edited volume on Fascism in America: Past and Present, edited by Gavriel Rosenfeld and Janet Ward.

In addition, he was invited talk at Texas State University in March, where he gave a presentation on “Resistance and Bystanding: Does the History of Fascism Provide Lessons for Today?” He also co-led the Arizona Holocaust Educators Workshop, a yearly event held in June, targeting Arizona’s K12 educators.

Read about the May 4th History Symposium

She published her second book, Saint-Making in Early Modern Russia: Religious Tradition and Innovation in the Cult of Nil Stolobenskii (Washington, D.C.: New Academia Publishing, 2019). An article, “Pervye vkladchiki Nilo-Stolobenskoi pustyni i razvitie kul’ta prepodobnogo Nila Stolobenskogo” [The first Donors of the Nilo-Stolobenskaia Hermitage and the Development of Saint Nil Stolobenskii’s Cult], appeared in Peterburgskii istoricheskii zhurnal [St. Petersburg Historical Journal]. She has also presented papers at two conferences: the first at the "Conference on the Social and Cultural History of Russia," University of Illinois at Champaign, June 2019; the second at the "Conference of the Sector of the Historico-Philological Sciences of the Russian Academy of Sciences," Moscow, September 2019.