Kent State University’s 13th annual Symposium on Democracy will be held at the Kent Student Center Kiva on April 23-25. In recognition of the 150th anniversary of the nation’s greatest conflict, this year’s theme is “Democracy and the American Civil War.” The event is free and open to the public. 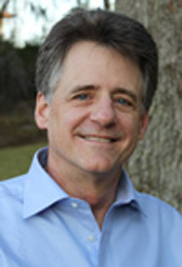 “I can’t think of a better topic for our fine annual Symposium on Democracy than the anniversary of a conflict whose cause was the continued right of states to allow their citizens to hold other Americans as chattel, property to be bought and sold,” said William Underwood, director of the Kent State University Press and one of the co-chairs of the 2012 symposium.

Bestselling novelist Jeff Shaara, author of “Gods and Generals” and “The Last Full Measure,” will be the keynote speaker. On Monday, April 23, at 5 p.m. in the Kiva, Shaara will address the question of why the Civil War continues to fascinate Americans and what it is about the war that makes it such an enduring phenomenon in his presentation “The Civil War as an Enduring Phenomenon.” Shaara also will participate in Tuesday’s panel discussions. Books will be available for sale and signing by the author.

Each spring, Kent State inquires, learns and reflects on social, cultural and historical events through the annual Symposium on Democracy, held in commemoration of the events surrounding May 4, 1970. The symposium honors the memories of the four students — Allison Krause, Jeffrey Miller, Sandra Scheuer and William Schroeder — who lost their lives on that day, with an enduring dedication to scholarship that seeks to prevent violence and to promote democratic values and civil discourse.

Find more information about the symposium, including the schedule of events and speaker bios.