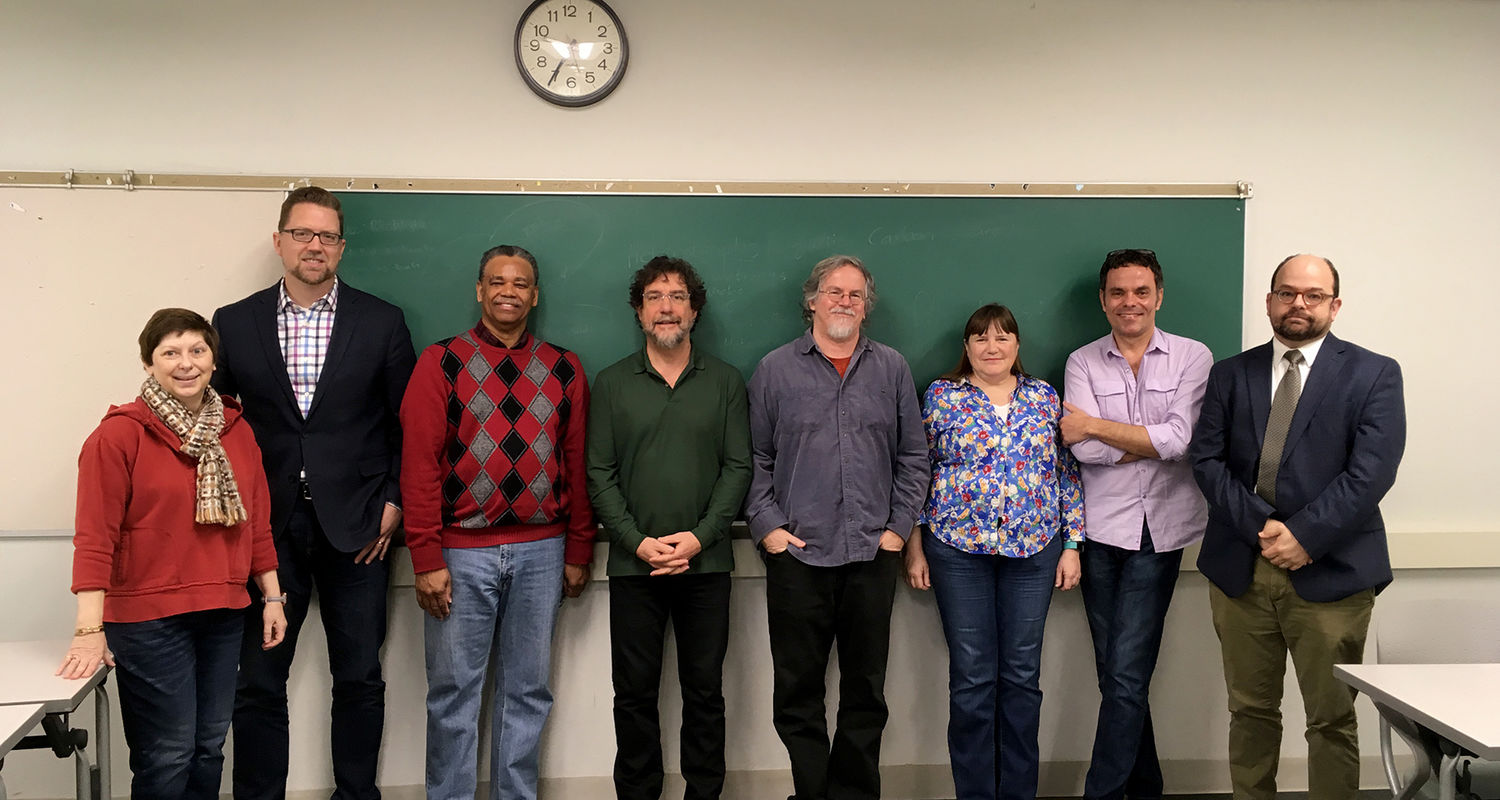 In 2018, our current chair, Dr. Kevin Adams, visited the Library of Congress, the National Archives, and the Massachusetts Historical to complete the final phase of research for his second book project, which is a study of the federal government's response to anti-Chinese violence in Seattle in the 1880s. Much of this new project has led him to think more deeply about the U.S. Army's ability to intervene in civil society after Reconstruction.

He was invited as well to write an editorial article for the Washington Post, titled "Can President Trump legally send troops to the border? It's complicated." He also presented papers at the Society of Civil War Historians bi-annual conference, organized a panel in honor of his advisor at last year's Western History Association annual meeting and finished a chapter in Cambridge University Press's new multi-volume history of the Civil War.

In the last year, Ken Bindas was part of a grant - “Voices of Trumbull County Oral History Project,” through Trumbull County Historical Society and the Ohio Humanities Council for 2018. He also gave two presentations: “Somebody is Really Up There: The 1969 Moon Landing and American Memory" at Kent State's RASP Research & Innovation Forum last November; and “Segregation and Warren, Ohio,” at the Inspiring Minds Summer Program in Warren last July.

He will also publish two book reviews: one on Machines of Youth: America's Car Obsession, by Gary S. Cross, that will come out through the Journal of American History; and another on Winter War: Hoover, Roosevelt, and the First Clash over the New Deal, by Eric Rauchway, forthcoming through the American Historical Review.

Professor Elaine Frantz was the lead organizer for the "Women in Kent: Gender, Creativity, Place" conference in September of last year, which featured three Keynote speakers and seven panels reflecting women's creative work in Northeast Ohio. This conference was supported by an Ohio Humanities Council Grant.

She also gave a paper at least year's American Historical Association Annual Conference, titled "Being Arrested in Pittsburgh in the Long 1970s", and published a featured review of Richard White's The Republic for Which it Stands in Reviews in American History 2018 (46:4).

Dr. Frantz also taught a class inside Trumbull Correctional Institution on the History of Crime in Fall 2018. Twenty incarcerated men and nineteen traditional Kent State University students participated in this course. A lecture from that class, entitled "Being Arrested in US History" was broadcast on C-Span 3 in December of 2018.

Brad Keefer gave a paper at last year’s Society of Military History conference in Louisville, KY entitled “They Did Their Duty: Civil War Reenacting and the Lost Cause.” A version of this paper will be published in The Enduring Lost Cause, forthcoming through University of Tennessee Press in 2020.

Last year he also gave local presentations on Civil War History, and completed several book reviews. He received wider media exposure when his comments on the hobby of Civil War Reenactment and its future were featured in a July 28, 2018 NY Times article “The Decline of the Civil War Re-enactor.”

He is currently working on the history of the 104th Ohio Infantry in the Civil War, finishing up his term as chair of the KSUA Faculty Council and is active with the campus Volleyball Club and United Way Committee.

Last year, Professor Hongshan published an article, “Building a Black Bridge: China’s Interactions with African-American Activists in the Cold War,” in Journal of Cold War Studies 2018 (20:3): 114-152. He also published a book review of Fabio Lanza's The End of Concern: Maoist China, Activism, and Asian Studies in Journal of American-East Asian Relations 2018 (25:3), 331-333. He also served as the discussant for a panel at AHA annual conference in Chicago in January 2019.

In the last academic year, Tim Scarnecchia published a chapter, “Africa and the Cold War” as part of the Blackwell Companion to African History (2018). He also completed a chapter entitled, “Forcing Respect: ZANU-PF’s contested history of regional intransigence and cooperation," for the Oxford Handbook on Zimbabwean Politics, forthcoming in 2019.

He presented a paper in September on “Zimbabwean Liberation War competition for Eastern bloc funding” at the Italian African Studies Association meeting hosted at the University of Bologna, and presented on a roundtable in honor of historian Frederick Cooper at the African Studies Association. In February 2019, he took part in a conference in honor of distinguished Africanist Luise White at the University of Florida.

In Spring 2018 he designed and taught a new course on the history of Global Migrations and began collaborative work on a research project around service delivery and acculturation among resettled refugees in the Akron area. He also continued to serve as faculty advisor for the undergraduate Model NATO team.

Steigmann-Gall added to his commentary on current events when Politico Magazine interviewed him for their article "What Will History Books Say About 2018: 16 Top Historians Predict the Future." Invited talks included taking part in a symposium on "Fascism, America and Civil Rights" at the University of Oklahoma last November, where he gave a paper on "What the American Left Gets Wrong about Fascism"; and a presentation given on "The History of Fascism" at the Akron Summit County Public Library.

Dr. Shane Strate was interviewed by the BBC for his thoughts on political developments in Thailand.