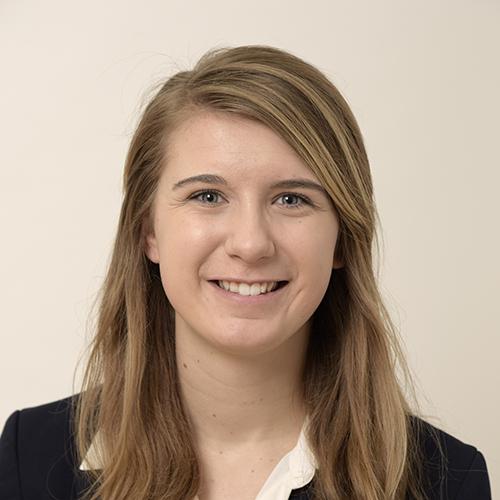 Maria Colvis, a third-year biology/pre-medicine major with a minor in chemistry, applied to work at Akron Children’s Hospital as part of the Summer Pediatric Research Scholarship (SPRS) program this past summer. She was paired with a pediatric nephrologist, a doctor who studies health and diseases related to kidneys, who had already been conducting research on kidney stones in children. Few people research this subject because it is not very common, but Maria says that though there exists the impression that “it’s no big deal, you pass the kidney stone, you’re done,” a lot of research has implicated having kidney stones as a child as indicative of health problems later in life.

Maria’s mentor primarily worked on the abstract itself; Maria handled more of the research and created the figures for the abstract, on which her name is included. The research process, particularly in the medical field, is to first present the research at different conferences and incorporate any feedback one receives on their research at those conferences into a paper about it. When asked how being part of the Honors College has assisted her in her research, Maria says that she thinks the Honors College “really fosters this research environment” as well as an academic environment that encourages students to be the best they can be. Having that environment is how the Honors College has helped her, in addition to all the encouragement she has received, Maria says. She aspires to a career as a pediatric physician and has been accepted to attend medical school at Northeast Ohio Medical University (NEOMED) once she completes her undergraduate degree.

From Friday, April 26 to Sunday, April 28, Maria attended the Pediatric Academic Societies Conference in Baltimore, Maryland to present a poster about the research in which she was involved. She says that her overall experience there was “incredible” and that “all of the pediatric nephrologists who were there were very encouraging and supportive.” Maria says that, as far as she was aware, she was the only undergraduate; most of the eight thousand attendees were physicians or trainees, whether students in medical school, medical residency, or fellows. Not all of those in attendance were presenting research, as each subspecialty in pediatrics has their national conference within the Pediatric Academic Societies conference. The keynote speaker was a physician from Flint, Michigan who has assisted in helping the Flint water crisis and has seen children coming in with lead exposure due to the water change in the area. Maria said that the physician “advocated really well for the kids” and that it was a rewarding experience to watch her be interviewed on stage.

There were a few different poster sessions organized by subspecialty and divided by area of research; Maria’s research was categorized within the area of nephrology that concerns UTIs, kidney stones, and chronic kidney disease. To present her poster, Maria had to prepare a one-minute speech summarizing everything she had researched, and she would go through her poster and show anyone who was interested the actual details. The conference facilitators came to each poster and listened to the presentations as well. She also had a lot of pediatric nephrologists ask her about her research. The research she worked on is one of the first studies to investigate sex- and age-stratified data as opposed to just sex differences, so it is one of the first studies of its kind. Though Maria was the only one from her team of researchers at the conference, a resident from Akron Children’s Hospital was standing next to her presenting his own poster on acute kidney injury. Maria is grateful the support of the Honors College and the encouragement she has received to pursue her passion of being a pediatric physician. She also credits the Honors College with “emphasizing research as a good opportunity to advance your career.”

Maria says she learned a lot at the informational sessions at the conference, including about the “huge” studies that are being conducted about chronic kidney disease. One notable session concerned calcium in the kidney, which she says was interesting to learn about because it is such a specialized topic that she would not get that kind of information in a classroom. In addition to these sessions, she had many networking opportunities, including being invited to all of the American Society of Pediatric Nephrology’s events. She had the chance to meet leaders in the field at a mentor-mentee breakfast, and on one of the nights the society held a social gathering, so Maria could ask other professionals in the field questions about their experiences. Maria had many professionals tell her that she could really make a name for herself in the field because she is starting on the path of research at such a young age, and she says it was “really nice to get that affirmation that all this research has paid off.”

For students who are interested in becoming involved in research, Maria advises them to find a mentor in their field with whom they connect and who will guide them through the next steps they need to take. She also says to “just make sure you’re passionate about your research,” because passion makes conducting research more fun and worthwhile. According to Maria, once the research is complete and you are starting to create the figures and put it all together, it feels like you’re invested in your research and in “the future of research and of science and medicine. It’s a really cool feeling.”