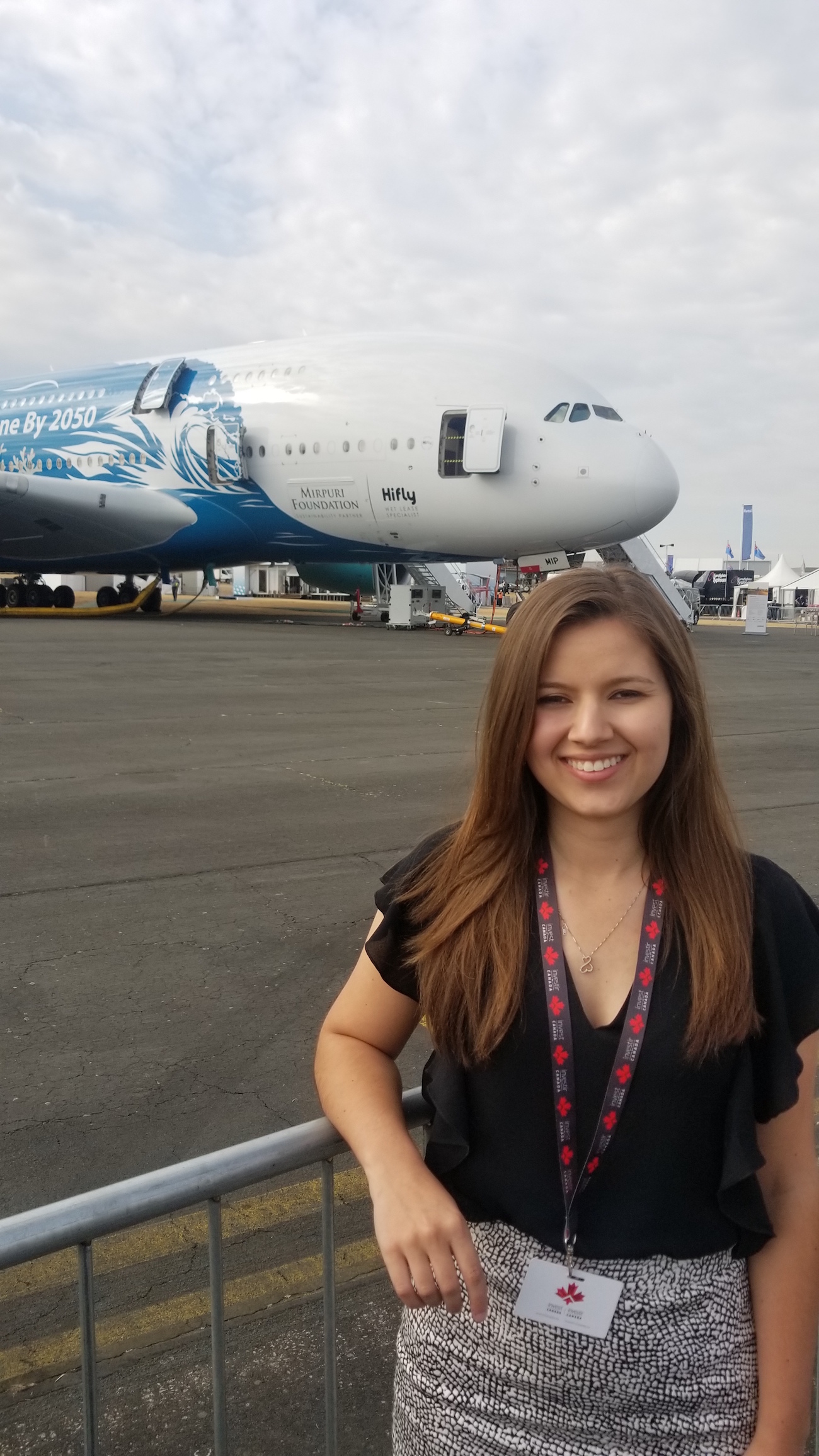 Sydney Bihn began her career at Kent State studying middle childhood education. While she liked her initial major, the Sylvania, Ohio native wondered if there might be something out there which she would enjoy pursuing as much as (if not more than) education that would push her more academically. As a result of this self-reflection, she switched her major to aerospace engineering. Now a junior in this program, Sydney was selected as a finalist for the Goldwater Scholarship.

Sydney’s Honors College advisor recommended that she apply for the Goldwater, which Sydney says would have been a great achievement to add to her résumé. She is currently involved in two research projects, on which she has working for four semesters. For her application to the Goldwater Scholarship, she described her research on vertical axis wind turbines. The turbines have a spherical configuration, and at the joints are different types of airfoils; using the subsonic wind tunnel in one of Kent State’s aeronautics laboratories, she and her partner are testing different airfoil shapes and collecting a wealth of data. They are currently in the analysis phase of their research, where they are determining what configurations of airfoils will allow very low wind speeds to spin the turbine.

The purpose of the research Sydney and her partner are conducting is to find a way to supply renewable energy to areas where it is not particularly windy, as well as to urban areas that do not have the space to devote to normal-sized wind turbines. The turbines they are working on would be small enough that they could be attached to a lamppost and generate enough energy to power the lamp, for example.

If she were awarded a Goldwater, Sydney says it would help push her into research-oriented fields; she also says that it would be a confirmation that she should stay on her current career path. The money she would receive as a part of the award would also make it easier for her to attend graduate school and continue pursuing her desired career. She credits the Honors College with informing her of the opportunity to apply for the Goldwater and for helping her throughout the application process. She met with Frank Congin at least once a month to review her essays and application materials to ensure that she would submit her best work.

Sydney says that applying for the Goldwater encouraged her to think about the extent to which she wants to pursue research, because Goldwater candidates must be highly research-oriented and motivated to stay involved in research in their careers. Applying for a Goldwater Scholarship has also affected the schools and programs she is considering for her continued education, depending on what projects interest her.

Sydney advises students who are interested in applying for the Goldwater to expect to devote a lot of time and attention to the application. She suggests that they should start thinking about how to get involved in research now, including talking to professors about the research which they are conducting and asking how they could participate in it. Sydney also recommends that students try out different projects and areas of research to determine if it’s the right path for them.