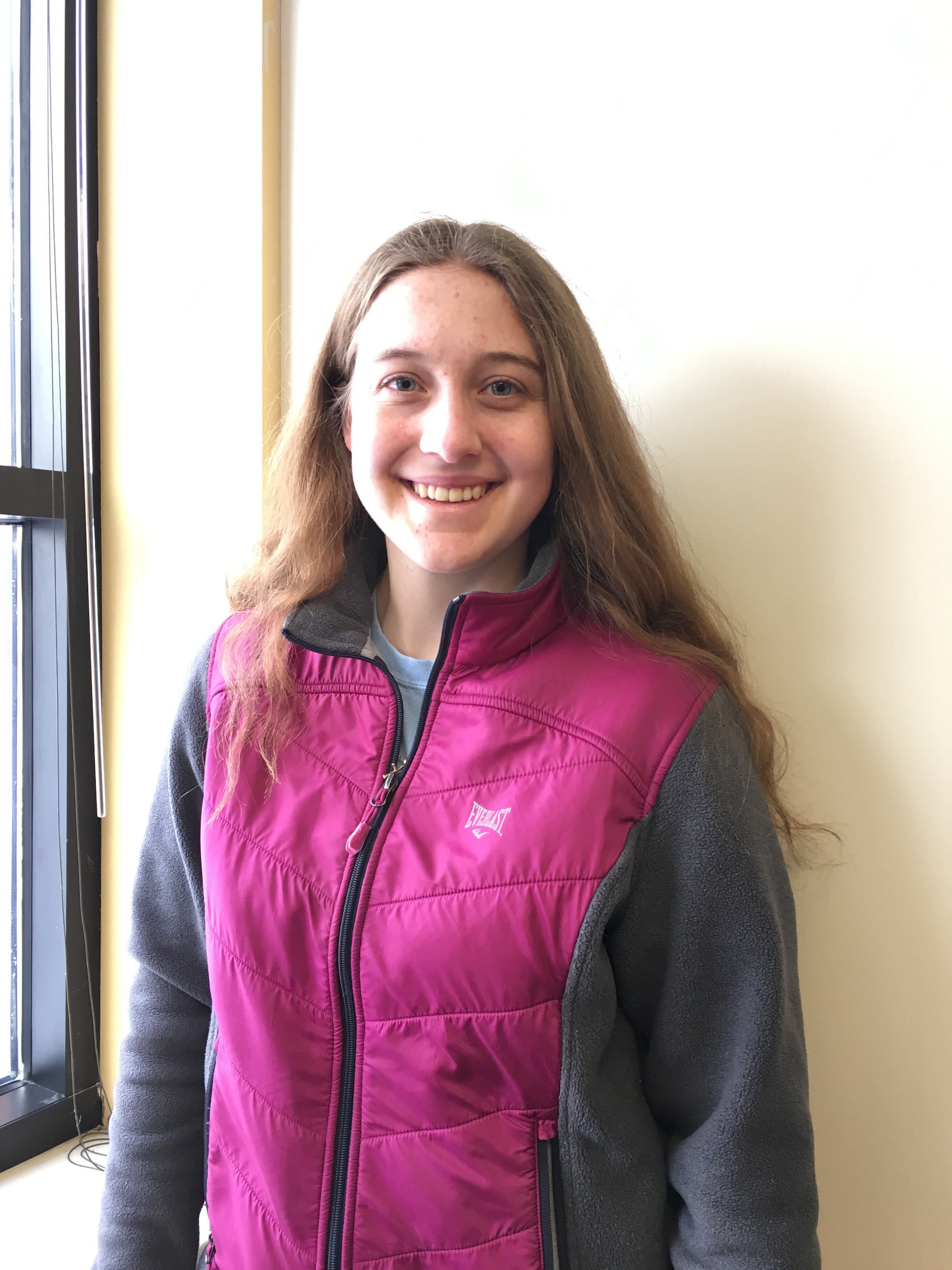 Katie Greskovich, a senior majoring in chemistry with a concentration in biochemistry from Farmdale, Ohio, was interested in the Fulbright Scholarship because she knew that it is a prestigious award, but she had another reason for applying as well: if she were awarded a Fulbright, she would have the opportunity to study abroad for a year, something which she has not been able to do as part of her undergraduate studies due to her hefty chemistry course load. It would also give her a great opportunity to be involved in science in another location. She is one step closer to achieving these goals, as she was named a semi-finalist for the Fulbright.

Katie plans to eventually receive a PhD in chemistry, and her current career goal is to teach chemistry at a primarily undergraduate institution and possibly also conduct research. She says receiving a Fulbright Scholarship would make her a more attractive candidate to graduate schools because she will have international experience, which is not common among chemists.

Katie has worked in chemistry labs at Kent State for four years and has gained additional experience through internships: she interned for a summer at Georgia Institute of Technology researching marine microbes and trying to isolate antibiotics from them, and she also had a second internship at W.R. Grace and Company working in silica research and development. She would also benefit from the prestige of the Fulbright name that would be associated with her throughout her career, as well from the increase in personal growth and cultural knowledge she would gain as a result of traveling abroad.

Katie met with Frank Congin of the Honors College throughout the application process, and he helped her put the application together. She attended a pre-interview panel to help with the application, and after she applied, the panel helped her identify aspects of her application that were weaker so that she could improve them. Of the things she learned, she says, “I can reach out to other people when I need help and it gave me that opportunity to have others really help me with my writing.”

Katie wants to do chemical research, and she found a professor at the Auckland University of Technology in New Zealand who has previously worked at Kent State, so they already had a connection. She reached out to this professor and said she was applying for the Fulbright and asked if the professor would be interested in working with her once she knew what that would require. The two worked together to write a research proposal and grant of the research Katie would pursue, a process which took a very long time.

The specific details of the project are confidential, but as an overview, Katie says the professor specializes in Vitamin B12 and is looking to modify Vitamin B12 so that it can be turned into a drug that specifically targets liver cancer. This research is important because the disease afflicts minority populations in both the United States and New Zealand, including South Pacific Islanders living in the former and members of the Maori tribe in the latter.

For students interested in applying for a Fulbright, Katie says they will have a better chance of receiving a scholarship if they already have a professor with whom they want to work and a program or project they want to work on. “It’s good to know exactly what you want to do and to reach out to those people way early, in June or July, because the application opens in July and closes in early September and international communication via email can take some time," she says. Fulbright applicants are required to write a grant proposal as part of the application, detailing what they would do with their time as a program participant. Katie advises that, in terms of the grant proposal, it helps to “be as specific as possible with what you want to do.”