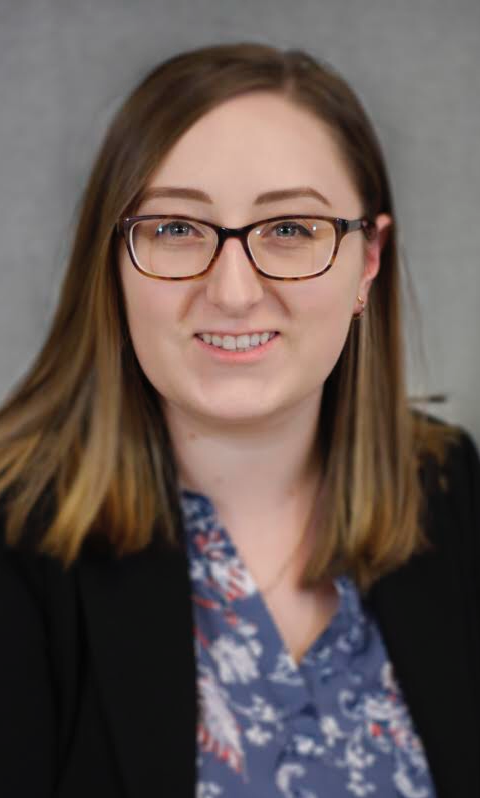 Riley Weatherholt, an Honors College senior double majoring in chemistry and environmental conservation biology, plans to attend Carnegie Mellon University this coming fall, where she has been accepted to a PhD program in chemistry. Riley, a Medina native, is excited to begin the next step at Carnegie Mellon, as she notes that they have a great community of environmental chemists.

In the beginning of Riley's collegiate career, she knew right away, that she had multiple goals she wanted to accomplish. The first objective was to become involved in undergraduate research while at the university.  Second, Riley wanted to be admitted to graduate school, and after that, become a professor.

Riley is heading towards completion of her goals, having taken part in a great amount of research in Professor Lauren Kinsman-Costello's biological sciences laboratory during her undergraduate work at Kent State.  While performing work in the lab, Riley was the only chemist completing research, and gained valuable skills and experience, as she performed individual investigations, developed training curriculum, led individual investigations and presented on her research material.  Riley began her involvement in Kinsman-Costello's lab the second semester of her sophomore year, and continued through the rest of her undergrad years, even taking on additional lab work during the summer months.

Riley has been involved on the board of the undergraduate chapter of the Scientista Foundation, a group that works to empower undergraduate women in STEM fields.  The chapter often meets to discuss current events, network and discover volunteer opportunities in the community.  It was actually through Scientista that Riley discovered Kinsman-Costello's lab work, via word-of-mouth from a peer.  Riley says that this networking within the group allowed her to become involved a lab that "ended up being a good fit".

Riley completed many honors courses, while at Kent State, specifically in general chemistry and biology, which she says, allowed her to work with faculty more closely, as they were able to delve deep into conceptual material, which provided a great base for her educational skill set.  Riley also enjoyed her Freshman Honors Colloquium course, focused on literacy studies, where they were prompted to

really think about interactions and communication skills.  Riley explains that concentrating on these skill sets allowed her to earn a position tutoring at the university, and it helped greatly as she searched for the best ways to teach and communicate with her peers.

When asked what advice she has for fellow Honors College students, Riley comments that "The worst that can happen is someone is going to tell you no." She explains that right now is the time to broaden what you want to do in your life, and then narrow down and hone in on your focus from there.  She states that you don't want to have any regrets when you look back at your undergraduate career, so take some time to explore at this stage in life.  "Don't be afraid to knock on doors, send emails to professors, and go to office hours," Riley says.  "You never know when you will need advising on something or a letter of recommendation."

As the semester of her senior year concludes, Riley intends on writing a manuscript based on her Senior Honors Thesis/Project, which focused on road salt runoff into wetlands.

The Honors College wishes Riley Weatherholt well, as she pursues her PhD in chemistry at Carnegie Mellon University this fall!