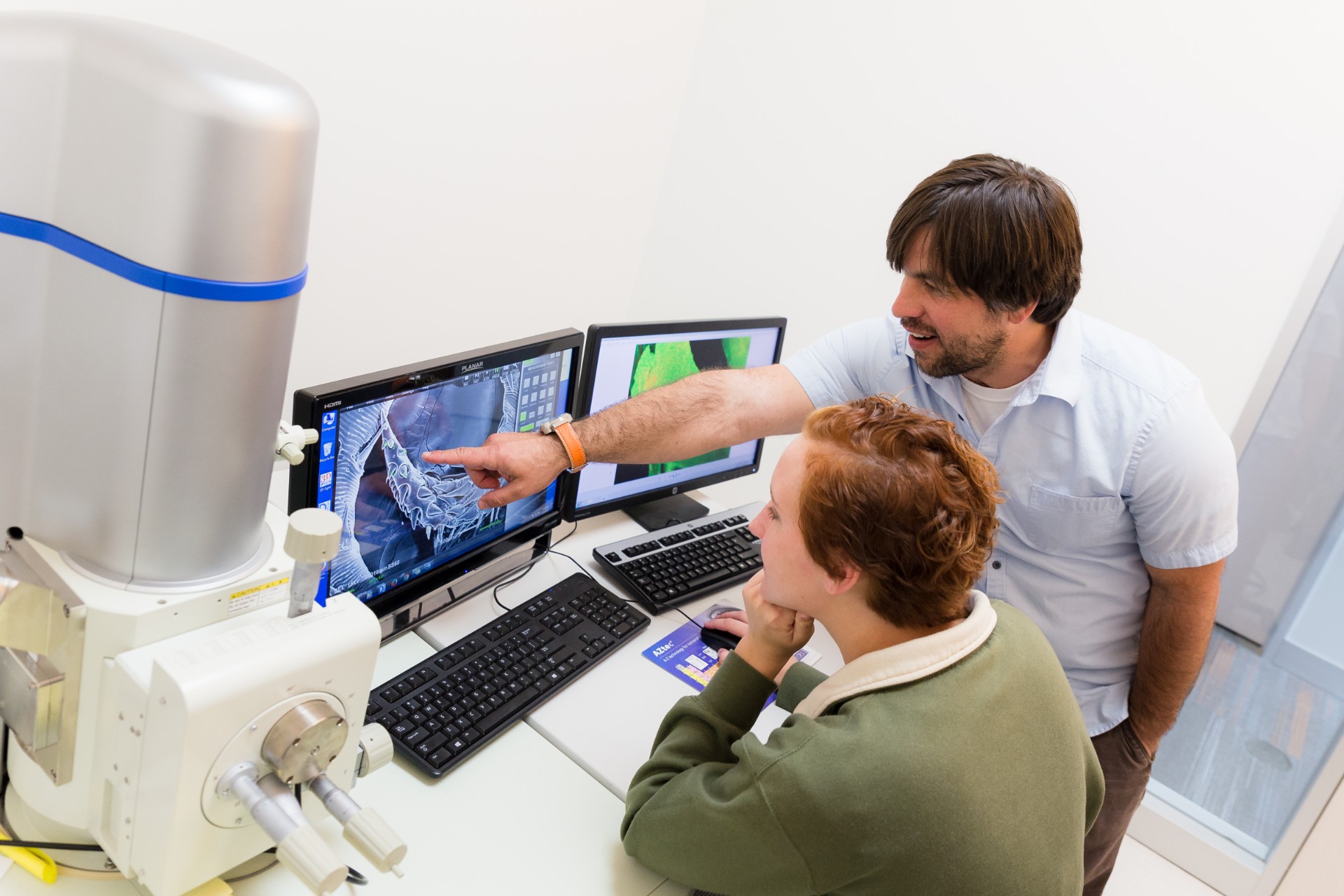 Dr. Matthew Lehnert, associate professor of Biological Sciences, and his students at the Kent State Stark Campus are included in “A Butterfly’s Proboscis,” a bonus segment of the full PBS Nature episode called “Sex, Lies and Butterflies.”

In the recently released mini episode, Lehnert uses the latest technology to look deep into a butterfly’s proboscis – or its elongated sucking mouthpart – to determine the mechanism for how it feeds. Since 2010, Lehnert has studied how the mouthparts of butterflies and moths work, and he believes the way they ingest liquids could be used as a model to better deliver medicine to humans. The research also could allow doctors to sample smaller amounts of fluid inside cells to make a more accurate diagnosis of disease.

The film crew with PBS’ series “Nature” came to Stark County in 2017 to interview Lehnert after the show’s producer read about his work in a co-authored article titled ”Mouthpart Conduit Sizes of Fluid-feeding Insects Determine the Ability to Feed From Pores” featured in The Royal Society, a prominent science journal.