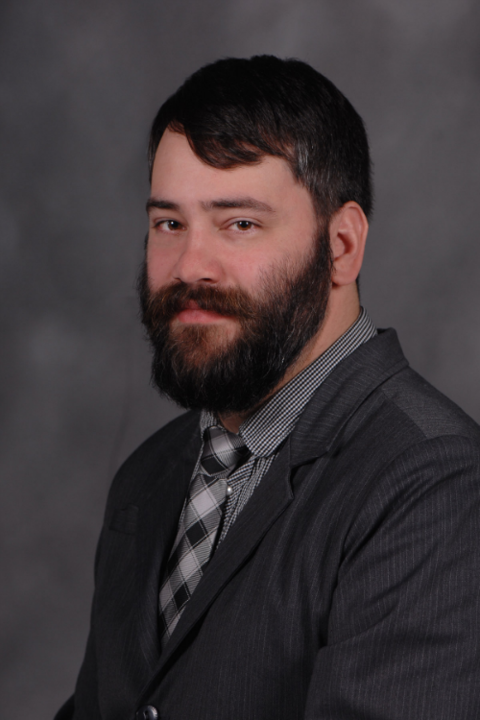 David Roll joined the iSchool faculty in fall 2015 as a joint appointment with the School of Visual Communication Design. He earned his combined BS/MA degree from the Kent State University VCD program in 2007 and has worked as a graphic designer/art director and part-time instructor since. Before coming back to Kent State, David worked as a designer for The Discovery Channel in Silver Spring, MD and Epstein Design Partners in Cleveland, Ohio on a range of projects from print design and branding to interactive, motion, UI design and environmental graphics. Before returning to Kent he was the Manager and art director of the Cleveland State University Marketing department where he served as creative director of the graphic design team and focused his efforts on assisting the University with branding, environmental graphics and web/UI/application design.

David also taught graphic design and UI/UX, responsive design, and web development courses for Kent State and Cleveland State part-time before joining Kent State as a full-time faculty member. David splits his teaching assignment between the UXD and VCD programs, focusing on interaction and interface design and usability for the UXD program, and print, interactive, and branding for the VCD program. He continues to work professionally for a range of local and national clients, and serves as the consulting Director of Design for the marketing firm Acclaim Communications based in Cleveland, Ohio.

*The School of Information faculty are superstars in the field. Therefore, it is impossible to list all of the great work they do on one page. Listed below is a small selection of David Roll’s work. Further information can be viewed in his CV (found below).