The Arnold Adoff Poetry Awards seek to recognize excellence in multicultural poetry for youth, for readers at the primary level, middle level, and teens. The awards also hope to inspire a poet early in his or her career with the “New Voices” award. The purpose of the awards is to highlight the power of poetry, encourage publishers to publish works of poetry from a variety of perspectives — inclusive literature, commend poets for various student populations, and encourage the reading of poetry.

Four awards were given at the 2016 Virginia Hamilton Conference, which is co-sponsored by the School of Library and Information Science and College of Education, Health and Human Services, with the Office of Continuing and Distance Education.

The Arnold Adoff Poetry Award for Teens was given to Margarita Engle for Enchanted Air: Two Cultures, Two Wings, A Memoir (Atheneum / Simon & Schuster). Marilyn Nelson was announced as the Honor Award recipient for How I Discovered Poetry (Dial / Penguin).

The Arnold Adoff Poetry Award for New Voices was given to Melanie Crowder for Audacity (Philomel / Penguin). The Honor award went to Mariko Nagai for Dust of Eden (Albert Whitman & Company).

Award winners each received a check for $500, a framed certificate, and an award, affectionately named the “Rudini” to honor Rudine Sims Bishop, professor emerita from The Ohio State University.  An author, historian, and foremost expert on African American youth literature, she has been a tireless activist for more than 50 years in the struggles for diversity and excellence.

Honor awardees were given a framed certificate. All of the awards were presented during the Thursday evening program of the Virginia Hamilton Conference on April 7.

Submissions for the 2017 awards will be accepted beginning May 1, 2016. For additional information about the awards and the Virginia Hamilton Conference, visit  http://www.kent.edu/virginiahamiltonconference. 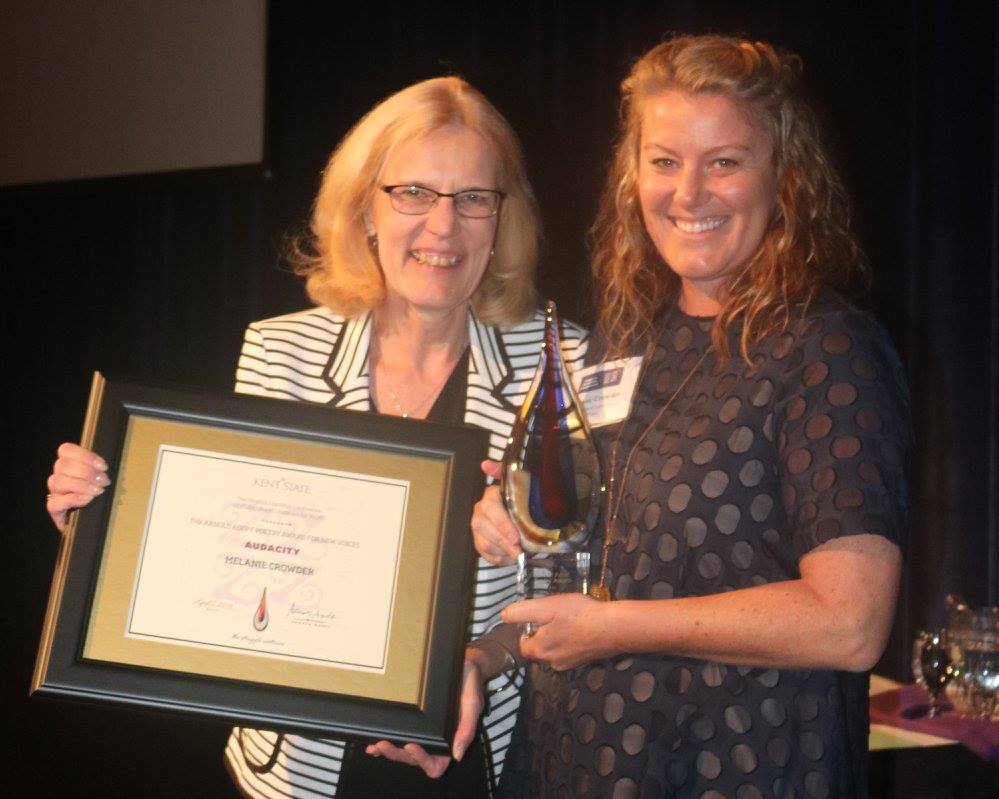