Will Be Honored at April 25 Event

Joseph A. Salem, Jr., of Port Matilda, Pa., has been named the 2017 Library and Information Science (LIS) Alumnus of the Year by Kent State University’s School of Library and Information Science (iSchool). The award, given to a graduate who has made a significant contribution to the profession, will be presented at a ceremony at Kent State University on April 25, 2017. 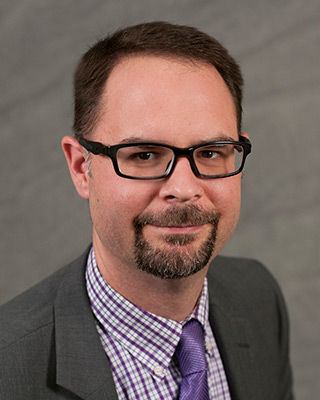 In selecting Salem for the honor, Kent State iSchool director Kendra Albright, Ph.D., said, “Throughout his career, Joe has exemplified strong vision and leadership: he is associate dean at a top academic library; he’s well published in the field; and he has presented and published on a variety of topics, including virtual reference, assessment of information literacy and learning commons. His colleagues know that he values collaboration and communicates easily with all stakeholders. He also encourages creativity and creates environments where others are able to succeed. We are delighted to honor him as our 2017 alumnus of the year.”

“Since his arrival at Penn State University Libraries in March 2015, Joe has made significant contributions and overseen many innovative initiatives on behalf of Penn State, so it is a great point of pride for our community that he is being honored by his alma mater,” Barbara I. Dewey, dean of Penn State University Libraries and Scholarly Communications, said. Salem’s active leadership on Penn State’s Open Educational Resources Task Force and the University’s first OER Summit in 2016 has laid a foundation for generations of Penn State students to realize educational dividends and financial savings on academic course materials.

In Fall 2016 Salem was named an ARL Leadership Fellow by the Association of Research Libraries, one of 28 people selected to participate in the 2016-2017 program designed to inspire and develop future leaders of ARL member institutions. His professional goals include solving problems related to unequal access to knowledge and the resources and skills to creating and managing it among students in increasingly diverse and inclusive learning environments.

In 2009 Salem received the Ilene F. Rockman Instruction Publication of the Year Award for “A practical guide to information literacy assessment for academic librarians” (Libraries Unlimited, 2007), which he co-authored with Kent State colleagues.

“Throughout my career, I have been very fortunate to work with very talented and engaged colleagues. I thank them for their collaboration and owe this recognition to them,” Salem said.

Salem holds an undergraduate degree in English from Cleveland State University and three degrees from Kent State -- Master of Arts in English (2005), Master of Library Science (1999) and Doctor of Philosophy in educational assessment, testing and measurement (2014). Before taking his current position at Penn State, he served as the University of Akron Libraries’ head of Research and Learning Services and interim head of Access Services, and, earlier, as assistant professor in Libraries and Media Services and head of Reference and Government Information Services at Kent State University Libraries.

The School of Library and Information Science (iSchool) at Kent State University offers a master of library and information science (M.L.I.S.) and Master of Science in Information Architecture and Knowledge Management (IAKM), with concentrations in health informatics, knowledge management and user experience design. In addition, the iSchool participates in an interdisciplinary Ph.D. in the College of Communication and Information. With more than 700 students enrolled, the iSchool has the largest graduate program at Kent State. Its M.L.I.S. is the only American Library Association-accredited master’s program in Ohio and is recognized by U.S. News and World Report among the nation’s top 20 LIS programs. For more information, visit ischool.kent.edu.