Joanne Kilgour Dowdy woke up the morning of Dec. 26, 2012, to a voice with a purpose. Loud and clear the voice spoke, guiding her in writing her first children’s book, Olympic Hero: Lennox Kilgour’s Story, which tells the story of her father’s journey to becoming a 1952 Olympic bronze medal winner in weightlifting for Trinidad and Tobago.

Dowdy, a professor of adolescent and adult literacy in the College of Education, Health and Human Services at Kent State University, grew up in Trinidad and said she wanted to write the book to remind people just how influential her father was to their native country.

Olympic Hero is a 48-page softcover picture book displaying 25 full-color illustrations by one of Dowdy’s former students, Dillon Sedar, who graduated from Kent State in 2013. He also illustrated the front and back of both the main and inside covers. Sedar currently holds a position as an art teacher in Akron Public Schools and is a working artist and illustrator.

Recently, Dowdy donated the original artwork from her book to Kent State University’s Marantz Picturebook Collection for the Study of Picturebook Art in the Reinberger Children’s Library Center, located in the School of Library and Information Science at Kent State. The Marantz collection features more than 25,000 picture books from the past 40 years, as well as original artwork from renowned illustrators.

Dowdy said that the Virginia Hamilton Conference, an annual event hosted by Kent State that focuses exclusively on multicultural literature for children and young adults, inspired her to craft the story as a children’s book. The conference is co-sponsored by the College of Education, Health and Human Services, the School of Library and Information Science and Office of Continuing Distance Education.

The book narrates the challenges and hardships Lennox Kilgour faced as a weightlifter struggling for recognition leading up to winning the bronze medal in the 1952 Summer Olympics held in Helsinki, Finland, and culminating after his death when his training equipment was donated to a local gym in Trinidad to benefit young weightlifters.

To help tell the story, Dowdy collaborated with Sedar, focusing on what she saw in her head behind the written words: the visual element.

“Joanne wanted the artwork to be very real, very serious and meaningful,” Sedar said. “She wanted hot Trinidad colors representative of the extreme and vibrant colors found in local Trinidad art. The visual, to us, had to communicate more than just the words did. The book says so much in words, but the viewers are supposed to read the feeling, too. The illustrations communicate those certain feelings that maybe words cannot.”

However, Sedar said the book is more about the message of Lennox’s perseverance, which he said influenced him while illustrating the book.

“I think it’s amazing that through a kind of poetic nature, I was still able to relate and feel what he [Lennox] felt and experience that in my own way,” Sedar said. “That really is the core of art — we connect to it in a certain way that is our own. I hope that others will find their own value, not just in Olympic Hero, but in all that I create.”

The author said she wants her donation to serve a world community and be readily accessible in a library established as an international resource. Although the book is set in Trinidad, Dowdy said she chose to donate the artwork to the Marantz Collection because of her and Sedar’s strong connection to Ohio and Kent State University.

“How much more honor could I pay Lennox than to put him in an international setting, which is what his Olympic status represents. How much more honor could I pay my illustrator than to have him in a setting with other illustrators of a very high caliber?” Dowdy said. “I sleep well at night knowing that no matter what happens to me, generations to come will have this document that they can enjoy.”

Dowdy often refers to her book as a child, having gone through a similar gestation and birthing process as a writer of 12 other books. Now that she has sent her “child” into the world, she hopes readers will be impacted by all the book has to offer.

“I really have to say that the seed of this book was created in the rooms of the Virginia Hamilton Conference,” Dowdy said. “For that reason, I think it’s fitting that the book should live here. It should have a home here.” 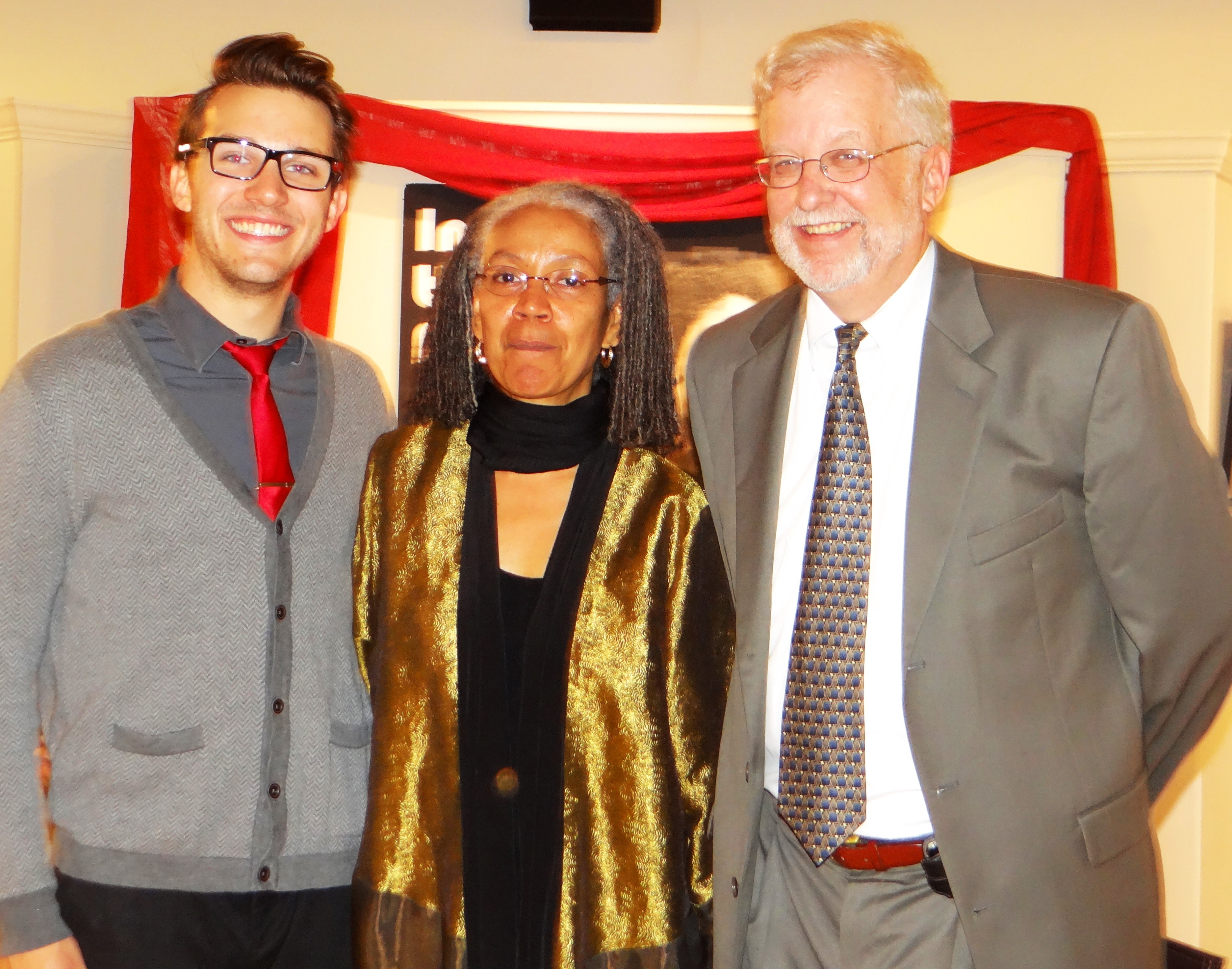 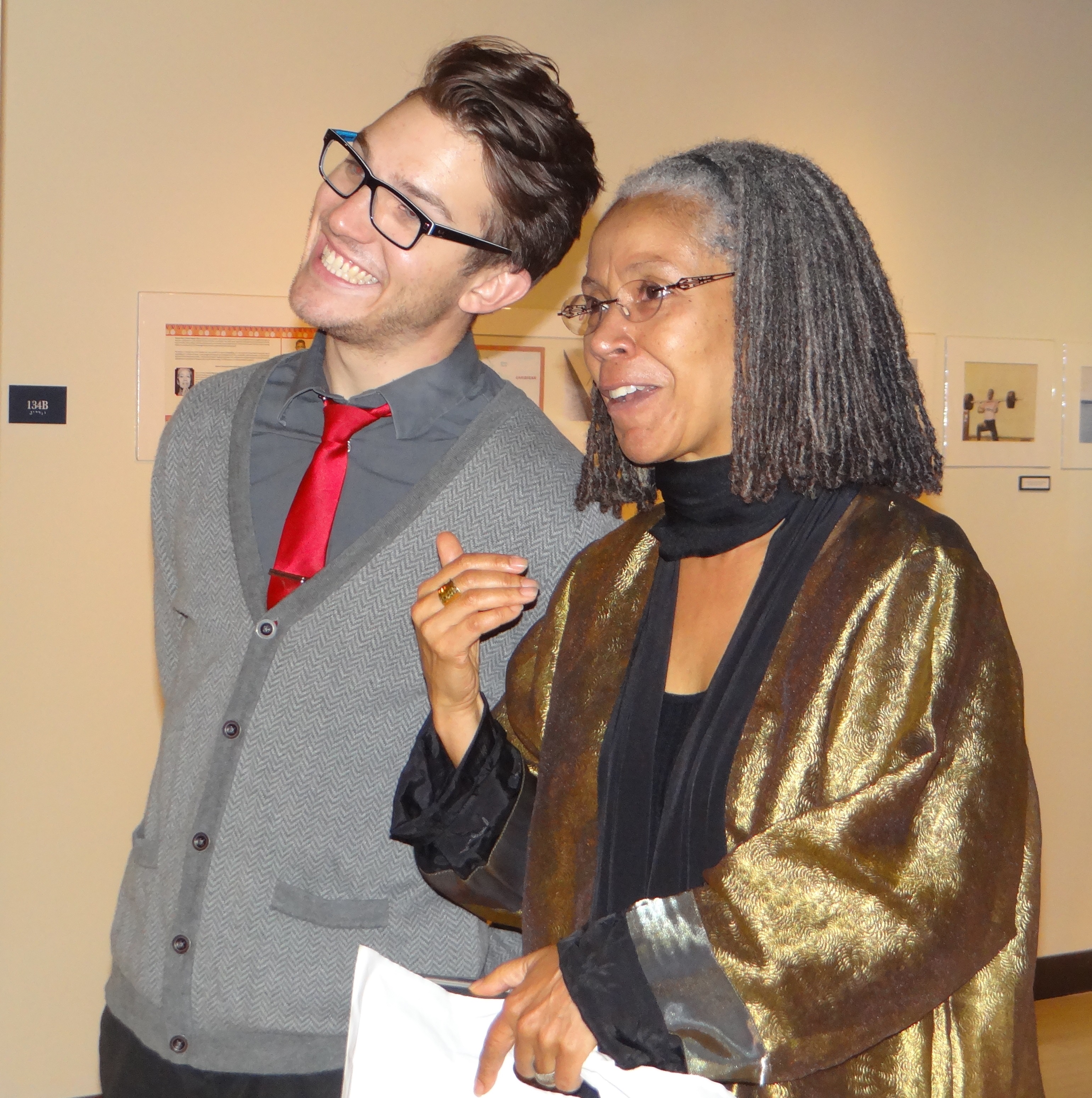