Barbara Satow, a 2010 Kent State School of Library and Information Science (SLIS) alumna, has the unique distinction of being not only a technical services librarian at the Cleveland Public Library, but also a self-published author. So far she has published three romance novels and plans to publish a fantasy novel in the near future. Satow said being an author influences the way she catalogs.

“I tend to be more detailed in my descriptions and subject analysis. I look for ways to connect a book to the right reader, because, as an author, that's what I'd hope for with my own work,” she said.

Satow’s passion for writing influenced her to pursue librarianship. But her interest in metadata was discovered in school. “When I started my M.L.I.S. (Master of Library and Information Science) program, I had no idea what sort of library career I wanted to pursue,” Satow said.  “But one of my duties as a student assistant for Kent State’s Government Documents Department was to make brief catalog records for the Map Library. I thought cataloging would be boring, but it isn't at all.”

Satow’s first novel, A Game of Pleasure, was published by Premium Press America in 2006. The Cleveland Public Library has always been her “go to” place for research, but she said it has also been a place to spark story ideas.

Her friends inspired her to publish her stories after she helped them self-publish their work. Satow explains that self-publishing can be as easy as uploading a Word file to Amazon. Her books The Muse and The Lure of Pleasure can be purchased on Amazon, Barnes & Noble, Kobo and iTunes.

“It costs nothing to upload your finished file,” Satow added. “But, as with any book, the quality of the finished product has an impact on the reader.  I have a little technical skill so I've done my own formatting and covers for my books thus far, but most of my author friends outsource their editing, file formatting and cover designs.”

She feels self-publishing no longer holds the same stigma it once did. With higher royalties and quicker payout, she said many authors are turning to self-publishing instead of mainstream.

“It's an exciting development for aspiring writers, but also presents a challenge for libraries. In the past, libraries seem to have steered clear of acquiring self-published work. It will be interesting to see what the future holds for both.” 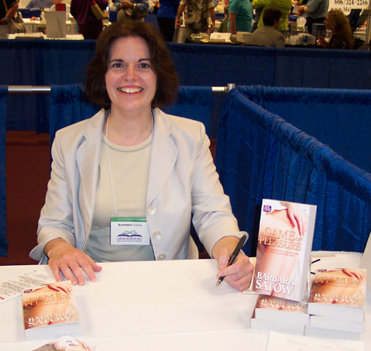