Kent State University's School of Library and Information Science is pleased to be a co-sponsor of the 75th anniversary Wonder Woman Symposium, scheduled for Sept. 22-24, 2016, at the Cleveland Public Library and other Cleveland locations. The event is free and open to the public; registration is requested.

See the detailed schedule for the event, including a link to register. 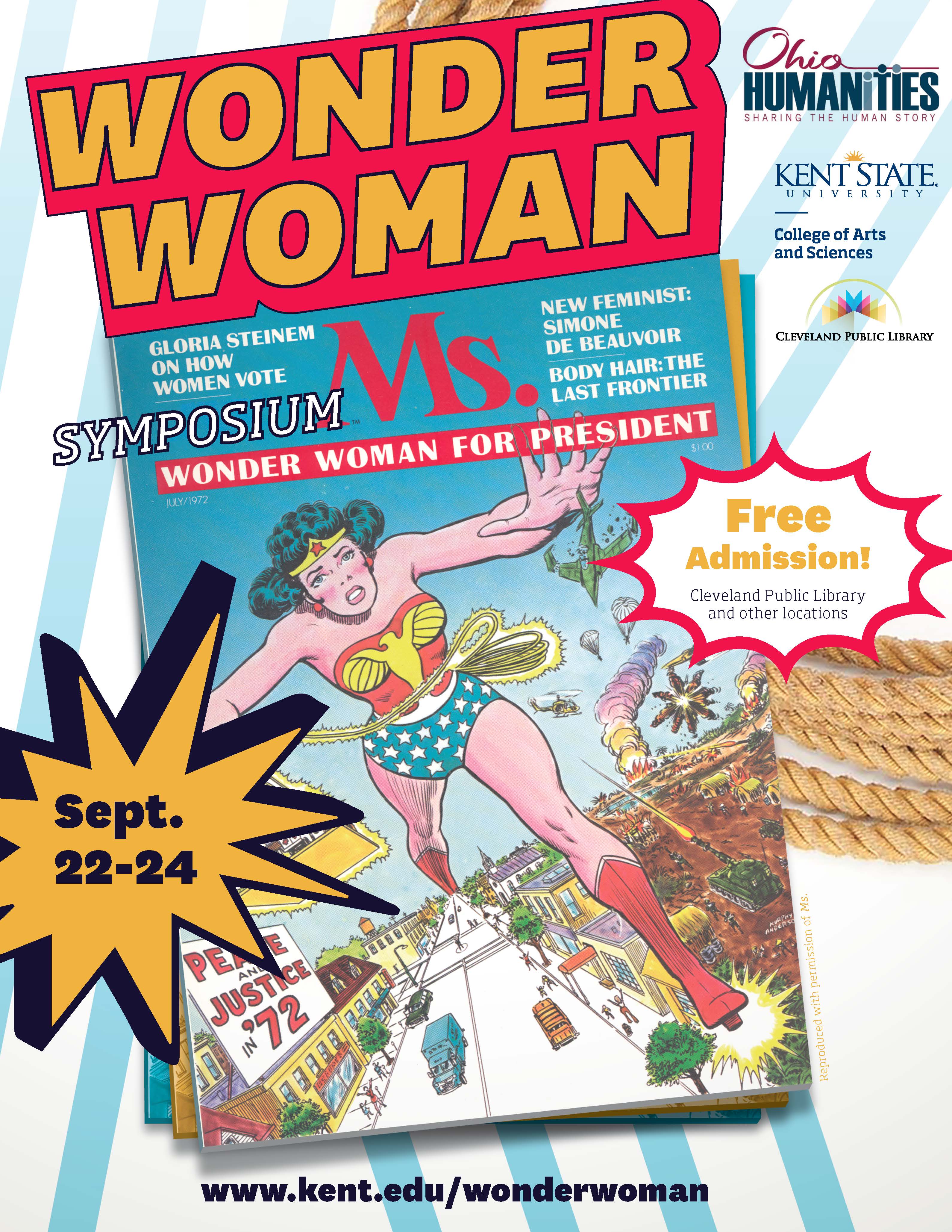 In honor of the 75th anniversary of the comic book super heroine Wonder Woman in 2016, Kent State University and the Cleveland Public Library will partner to celebrate the intersections of public literacy, comics, popular culture and feminism in a jointly sponsored symposium. This forum seeks to highlight both regional and national talent and to pay respect to "herstory," while recognizing Wonder Woman's perpetual relevance to our present day and beyond.

Vera Camden, Kent State English professor, is director of the symposium. She said, "I hope to bring the over-arching perspective of humanistic concerns for psychological well-being, social consciousness and the perennial quest for meaning and human identity as organizing themes of the conference. The symposium aims to celebrate Wonder Woman — a figure who has been an icon of change for girls and women — along with her many heirs."

Camden added that the creator of Wonder Woman was American psychologist William Moulton Marston, who proclaimed way back in the 1940s: “Frankly, Wonder Woman is psychological propaganda for the new type of woman who should, I believe, rule the world.” Though uttered in the midst of World War II, his proclamation, as New Yorker author Jill Lepore has opined, could not be timelier. Gloria Steinem also saw the significance of Wonder Woman as a inspirational figure for women and political change, when she fought for Wonder Woman to have her powers restored after they were taken away in the comic book series. In 1972, Steinem’s advocacy paid off: DC Comics gave Wonder Woman her powers back, and Steinem also placed Wonder Woman on the cover of the first issue of Ms. magazine. Asserting the need for images of powerful women, she forever monumentalized Wonder Woman as an idealized image of empowerment.

"This symposium offers an opportunity to celebrate the importance of these images for girls and women in their development and for boys and men to join in these conversations through their beloved, ever-popular form of comics," Camden said.